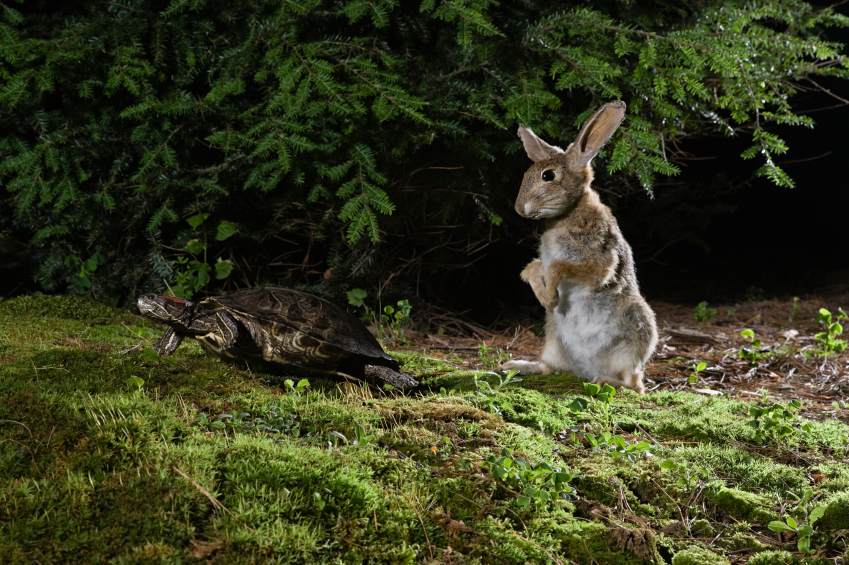 As a practicing poet, I often “trick myself” into creative flow. It is as if when I look at a subject directly, the inspiration dries up, whereas if I sort of take things in from my peripheral vision, more inspired writing comes. A similar type of dynamic occurs in relation to personal effectiveness, in that trying harder and doing more doesn’t always add up to better results. I explored this from a broad perspective in my article on Sustaining Flow with GTD. However, I have often wondered why this is, and recently stumbled upon some new and useful clues.

While understanding the principles of GTD provides a key foundation, adopting the practice has a lot to do with sustaining behaviour change. So I picked up a well-worn copy of the book One Small Step Can Change Your Life: The Kaizen Way by Dr. Robert Maurer. In it, he explains how to change behaviour sustainably over time by taking very small–sometimes seemingly ridiculously small–next steps. More importantly, he explains the science behind why this often works so much better than trying to implement the more radical forms of change we are often so familiar with in, for example, well-intentioned but grandiose New Year’s resolutions.

It all has to do with the amygdala–the part of the mammalian brain that governs the fight/flight/freeze response under duress. Dr. Maurer points out that you don’t have to actually be face-to-face with a crocodile, however, to cause this part of the brain to take over, edging out the logical and rational systems. He stipulates that confronting any form of major change–even positive change–can trip the alarm bells in the amygdala, sending relaxed focus out the window.

Putting this finding into practice to support greater peace of mind, presence, and relaxed focus has a lot to do with “flying under the radar” of the amygdala, and Dr. Maurer has some excellent tips for everything from new exercise regimes to healthier relationships. It has also caused me to appreciate the importance of recording next actions in my GTD system that are phrased in such a way as to seem small and easy to do. “Write a great poem”? Way too scary. “Draft a few lines”? No problem. Thus I can keep my amygdala dormant when I scan those lists of possible next actions throughout the day.

Then, by making the link between small actions that I don’t need to panic about, and the way in which these tiny steps progress important projects that I truly care about, I can stay in that “ready for anything” state much more effectively than by staring at a vague, amorphous, and often overwhelming (and amygdala-activating) “to-do list.”

We all know who won the race between tortoise and hare. However, I now like to consider that it might have been the over-active mammalian amygdala that caused the hare’s ill-fated fits and starts. Being a mammal myself, I’m keen to make my steps a little smaller to make my tread a bit steadier and my pace more even.

Carrying forward that idea of taking small steps to get into motion with new behaviour, what’s one little thing you could start to do to improve your own GTD practice?