Are your next actions causing you to do house work? - Next Action Associates
0 Items

Are your next actions causing you to do house work? 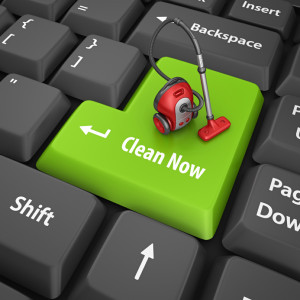 It’s the 1st of January and I’m cooking and cleaning; which can only mean one thing… I’m procrastinating and I have something more important to do.  Believe it or not when you have some thing big or difficult to do and you end up doing house work instead it can actually be a self-sabotaging mechanism to stop you having to deal with complexity whilst still getting closure on a task.  If this is you and you want to change the cycle, read on. You’ll find, as I did, the answer lies more in learning to clarify than in making shepherd’s pie.

When I did my first GTD course I skipped over the ‘clarify’ piece, I wanted to get to the exciting bit – the lists!  Soon, a bit like a man with new shelves in his garage I now had places to put all my stuff, so I got busy filling them – with, it would seem, anything that came to mind.

I soon found that I was indeed busy… looking at my lists! But I still wasn’t really getting any more stuff done than when I was using my old single to-do list.  Confused, I turned to GTD guru Lee Chalmers for support.  She pointed out that the problem wasn’t with my system but what I was putting into it, causing me more distraction than action.

‘None of your actions are, well… really actions’, Lee explained.  ‘They’re a mixture of random thoughts, which, with some work, could be turned into actions, and the others are actually projects.  So rather than steering you towards progress, your system is really just turning up the juice on your procrastination problem.’

More evidence follows from Neil Firoe, author of the ‘Now Habit’ – often when we procrastinate our problem is the complexity of the task.  In my case, I’d look at the [action] sic, and simply not know where to start, and as such, I’d end up doing nothing.

Well not exactly nothing. Often I’d tidy the house, clean my car, or cook; but I wondered why this was the case?   Again, there’s some science at play here – master tidier Marie Kondo explains that we have such a need for closure that when we can’t find it in one place we’ll look for it in an another – by rearranging our sock drawer for example. Have you ever found yourself looking despairingly at a particularly complex task only to find that you’ve subconsciously picked up a tin of Mr Sheen and started dusting? Now you know why – the problem lies in how you’re writing your next actions.

Alex Ferguson, one of the world’s most successful football managers, seems to know this intuitively and has some advice on why he’s been so successful.  He claims it lies in his ability to ‘see the top of the mountain, the big goal (or project, in GTD terms), e.g. win the European cup, yet at the same time break that down to the simple actions required at this week’s training session i.e. work on our passing.’

David Allen puts it best though. He asks us simply ‘whether our next actions repel us away from or attract us to them?’

Do you have a few next actions that have been on your list for a while? If so let’s revisit how to write those so that you beat the procrastination problem:

Following Lee’s coaching I started to get my actions written correctly.  And not only was I now getting more done, I’m happy to report it had a huge impact on my personal life – I was able to stop doing so much housework (only kidding!).

Next time we’ll apply Lee’s advice to how to write projects – ’till then, be productive!