Guest Interview: how does a polar explorer use GTD? - Next Action Associates
0 Items

Guest Interview: how does a polar explorer use GTD? 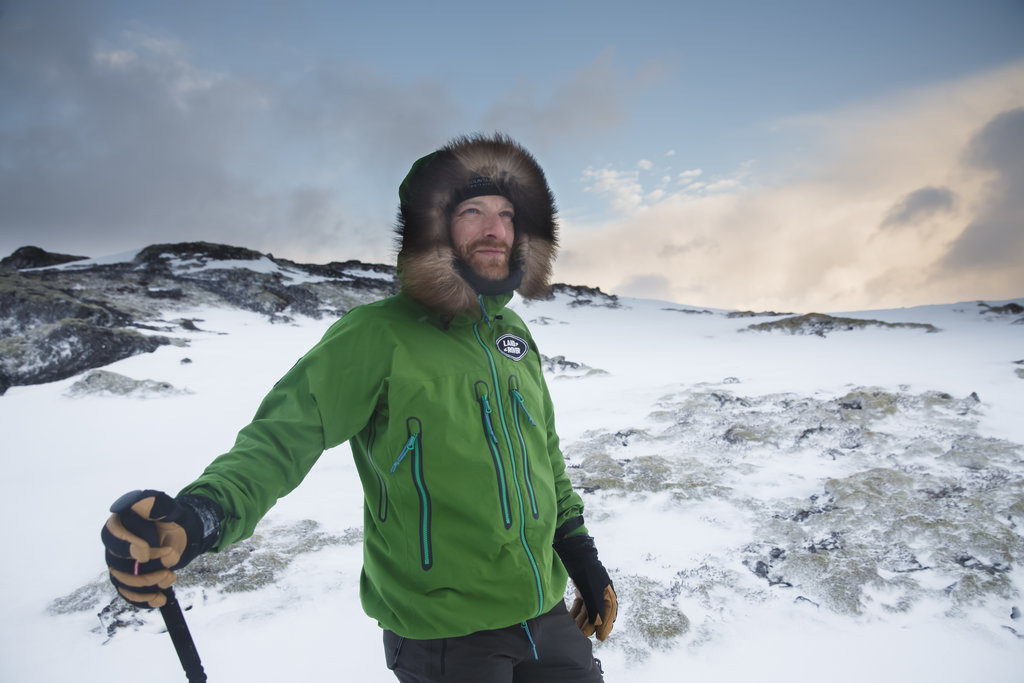 Ben Saunders is one of the world’s leading polar explorers, and a record-breaking long-distance skier who has covered more than 6,000km (3,700 miles) on foot in the Polar Regions since 2001.

Ben is the third person in history to ski solo to the North Pole, and holds the record for the longest solo Arctic journey by a Briton. He is also the founding editor and publisher of Avaunt Magazine and an acclaimed keynote speaker, described by TED (where he has spoken three times) as ‘a master storyteller‘. Ben has been practising GTD for a number of years and finds it instrumental to getting the best out of his life.

1. When did you first come across GTD and what inspired you to start using it?
I think I first read the book in 2004, and went to a London event later that year. I’ve always been interested in performance and efficiency – in getting the best results from my time and my effort, as an athlete, as a leader (of expeditions) and now as an entrepreneur, and from the outset I loved that GTD was an actionable system rather than (another) collection of glib but useless tips.

2. Can you tell us a bit about the system you use?
It’s been hacked around over the years, but basically I use an app called Things on iOS and on my Mac laptop to handle projects and next actions, and I have a filing cabinet to deal with physical, paper documents – the top drawer is a 43-folder tickler, and the bottom is an A-Z file for everything else (with printed labels on each of the card folders, naturally!)

3. What has been the most valuable thing you have learned from having GTD in your life?
The biggest lesson has been the importance of dividing things between next actions and projects – before GTD I just had massive, blurry to-do lists. This trick alone – learning to ask “What’s the next action?” has enabled me to take on and achieve some of the biggest goals I’ve ever set myself.

4. If we were to look at your projects list, what would you say is your favourite project?
My favourite project is also perhaps the most ambitious (and intimidating to me). I can’t say too much about it, but it involves buying a business!

5. What do you do in your spare time (now you have plenty of it, of course!)?
The concept of spare time has always been a challenging one for me, as I can’t think of a single day in the last decade or so where I haven’t done something that might constitute “work”. With that said, I’m also lucky enough to be making a living from doing things I love, so the line between work and play is completely blurred. I’m a recovering endurance sport addict (mainly running and road biking) and I’ve been dabbling in CrossFit lately, so keeping fit and healthy has always been a big part of my life. I don’t read as much as I’d like, but I love a good book, and I get an inordinate amount of pleasure from walking my dog, Molly. I travel a lot at the moment, which to my surprise I still enjoy, and I love exploring new cities on foot (at walking pace or running pace!)

6. How has GTD changed the way you work with other people?
Learning to delegate has been critical in doing as much as I’ve wanted to do in recent years, and GTD has helped me to frame delegation in the most effective and clear way, usually involving a next action (and that, in turn, usually starts with a physical verb).

7. Do you use GTD on your team/organisation, and if so, what are the benefits you’ve seen that come when there are multiple people using the approach?
Not yet, but I’d like to (the team is expanding this summer, and I think a company-wide adoption of at least some of GTD’s principles would help enormously).

8. Do you have any tips on how to most effectively conduct your Weekly Review?
Conducting a consistent weekly review is one of the things I find most challenging, largely because I’ve spent so much of the past two years on the road. I try to do it on Friday afternoons, but last Friday I was being driven from Avoriaz to Geneva between speaking engagements, and next Friday I’m going to be flying home from Austin, Texas! The thing that helps me most is having a printed checklist to follow (“Collect Loose Papers and Materials, Get “IN” to Zero, etc…)

9. What’s the coolest thing on your Someday/Maybe list?
I think simultaneously the coolest and most ambitious is building a house one day. I’m a big fan of the architect Todd Saunders (no relation!) so I’d like him to design it…