From screenspace to headspace - Next Action Associates
0 Items 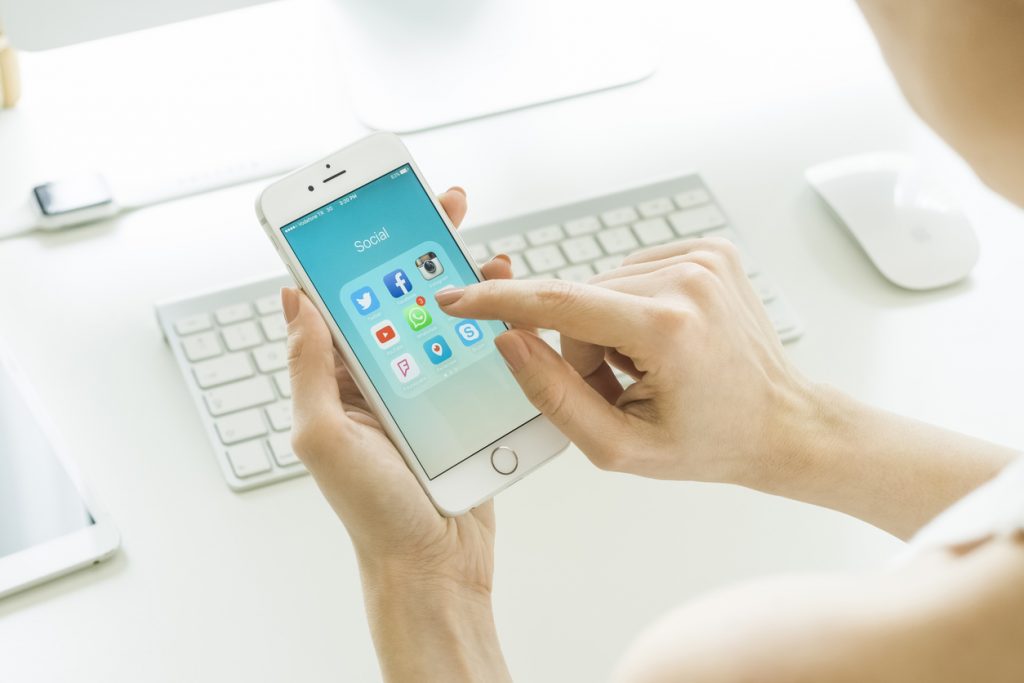 “Have you heard a word that I’ve said? It’s like your body is here, but you’re not.” Mike had been caught bang to rights with his mind elsewhere on date night at his favourite restaurant. Fortunately, the lady eyeballing him over the bread rolls was his wife so, luckily for him, the evening didn’t end with an awkward hug, an “I’ll give you a call sometime”, and a dash for the night bus.

The tricky moment was described by Mike Williams – former CEO of The David Allen Company (the company who created the GTD methodology) – in a talk that highlighted the distracting qualities of the smartphone. In it, he proposed an unusual solution but one that may feel a little familiar if you’re a GTD practitioner since it builds on the strategies that GTD suggests for our PCs, our desks, and our minds; and simply applies them to the smartphone, too.

One of his key suggestions is: “Have as many alerts as you need but as few as you can get away with.” As I watched this I thought, ‘OK, so far so good’. I’d switched off mail alerts a few years ago and even put the mail apps into a folder to make it one click harder to over-check my email. But then…

Mike took things to another level and suggested moving all the home screen apps out of sight to a ‘second screen’ that you need to actively choose to access by swiping left (*on an iPhone – other smartphones are available). Here’s what happened to my home screen after implementing his idea; 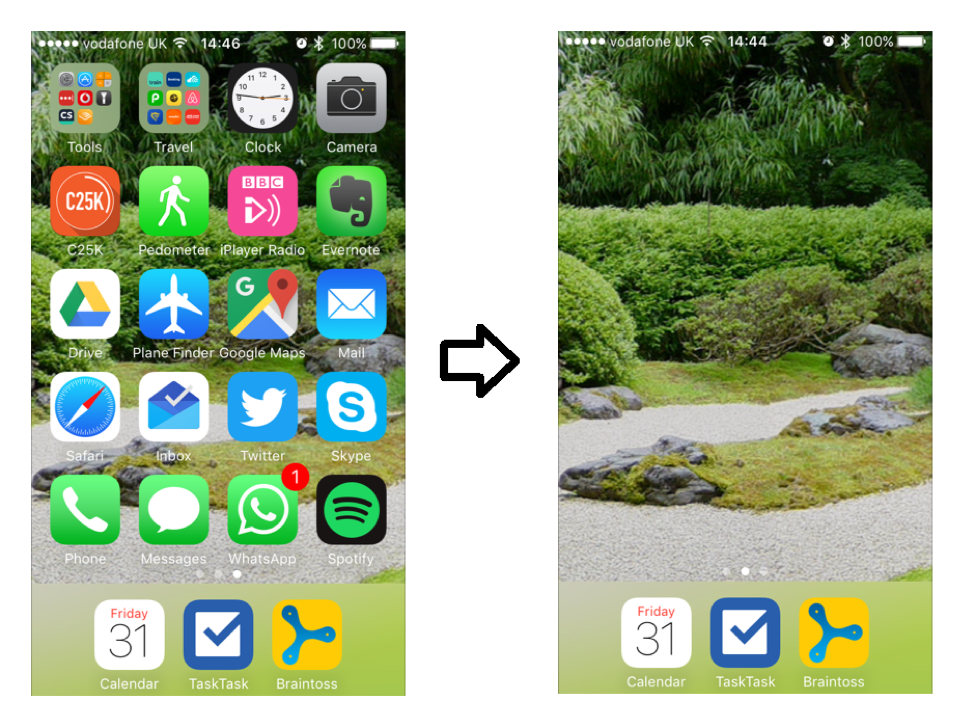 BOOM! All that’s left are the most frequently-used apps; in this case my GTD system apps – Calendar, Action Lists and Capture tool.

Mike’s point is not that all the apps which have disappeared from view are bad, he’s just suggesting that it’s better to make it a conscious choice to go and use them rather than being tempted every time you switch the phone on because they’re immediately in your face.

If you recognise the experience of suddenly realising you’ve spent 5-10 minutes doing something other than what you picked up the phone to actually do, then you’ll see where he’s coming from with this.

The new approach gives you a clear, calming view of your favourite picture – your partner, your kids, your holiday – which is not only lovely but also acts as a space to pause before you engage, rather than a place to get distracted.

So, how’s it working out? Well… my home screen is still empty and I’m checking less often for breaking news, but it still feels weird. Years of a start screen that’s festooned with shiny things will take time to adjust to, but I keep reminding myself that there’s a rock solid reason for doing it and that eventually it will just feel normal.

And besides, beyond the feeling of weirdness, it hasn’t caused a problem. Although I can’t see the apps, the phone still goes ‘ring’. The texts still go ‘ding’. And all the other temptations? Well, the world hasn’t stopped spinning on its axis just because I’m no longer checking up on it a dozen times a day on the Guardian homepage before I make phone calls.

I also realised that this is what we tell our learners to expect, too, as they’re getting started with GTD, particularly if they’re going for a ‘big bang’ implementation. The logic of the methodology makes complete sense, the outcomes are highly desirable, and getting started after a physical and psychic clear-out is technically straightforward.

But then… the space it creates will feel weird.

The new habits will be uncomfortable for a while but the discomfort will gradually disappear and what you’ll be left with won’t just be screenspace, but headspace, too.

Watch Mike’s TED talk in full: Your brain is tricking you… by design (12 min).