Going beyond the basic checklist - Next Action Associates
0 Items

Going beyond the basic checklist 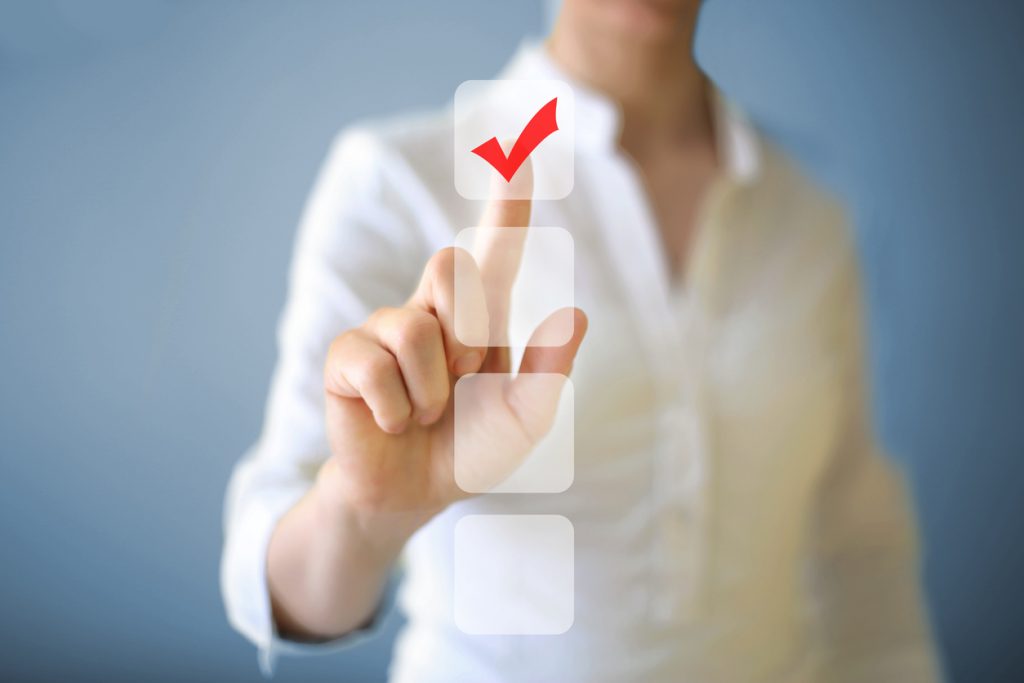 Scott Walker (not his real name) is a good friend of mine. He has nine black belts. Note, they are not in Judo or some other martial art. They have been acquired as a result of arriving at a hotel, looking for a belt for his trousers, and realising that it was still in the wardrobe at home. I’m reliably told that after number eight, Scott decided to use a travel checklist, and since then he has never had to make any more last-minute dashes to Topman.

But there are other uses for the simple checklist beyond just travel essentials. In this article, I explore how and where to use checklists to rest your brain, and save yourself time, energy and money.

The checklist attained legendary status when leading New York doctor, Atul Gawande, used it to reduce patient deaths, accidents and near-misses during surgery. Impressed with the results, the World Health Organisation contracted Gawande to design and test his checklist approach across eight different hospitals around the world. The outcomes were astonishing. Deaths and complications following surgery were reduced by up to a third. Since then, the WHO Surgical Safety Checklist has been widely adopted around the world, and it continues to save lives and improve patient outcomes.

During his study, Gawande noticed that mistakes in surgery occurred not just during new procedures, but also during the routine, familiar operations. I saw a similar phenomenon when I was consulting in a large contact centre. We called it the ‘Raymond’ effect.

The centre’s objective was to reduce the number of times a customer had to call back because the handler had overlooked something. And while work was going on in the background to make the process fool-proof, we had to resort to quicker and simpler methods to improve quality.

We gathered data about the type, frequency and location of the errors. We took random samples of work from across the team to see if anyone was doing better or worse than the control group, and if so, to determine what they were doing differently.

Surprisingly, the new people were doing better than the old hands. Can you guess why? The newbies were using a process checklist! Because they were still learning, they relied on a written version of how to do their job. But after a time, when operators stopped looking at their checklists, the errors crept in.

When we asked the most experienced guy in the centre, Raymond, why he wasn’t using his process checklist, he replied, “Why would I need to use that? I’m the most knowledgeable person here”.

As Gawande pointed out in his book, The Checklist Manifesto, our problem is usually not our lack of knowledge or skill. After all, we have executed our processes many times. The problem occurs when we give the responsibility for remembering our steps, or list of items, to our brain – instead of externalising it by writing it down.

GTD practitioners will know David Allen’s famous quote: “Your head is for having ideas, not for holding them.” The humble checklist enables us to do just that. Rather than drawing on our (notoriously unreliable) recall ability, we do the thinking once, create our checklist, and thereafter rely on it. Of course, it can be subject to refinement, but that only serves to relieve our brain further.

There are two main types of checklist:

When to deploy a checklist:

1: Before you start something: For example, have I got everything I need so that I’m not at the top of a ladder only to find the component I need is down on the ground?

2: When processes come together: For example, when you are hooking your new printer up to your laptop, have you done everything before you flick the switch?

3: At the end of the process: Before you send the order off to the customer, is everything in the box?

In complex environments, you may need to designate the checklist function to a specific role so one person is responsible for checking all the points along the way. For example, in a multi-project system, it’s normal to have a ‘full-kit’ manager who checks that everything is good to go before the project starts, another check when projects converge, and a final check at the end.

By the way, remember to keep your checklist where you need it. You don’t keep your toothbrush on a shelf in the living room, so why keep a checklist in a drawer?

Remember Scott with the nine black belts? I’m assured he now has a laminated checklist, in his suitcase, and is busy selling eight black belts on eBay.