From Someday/Maybe to the Top of Europe 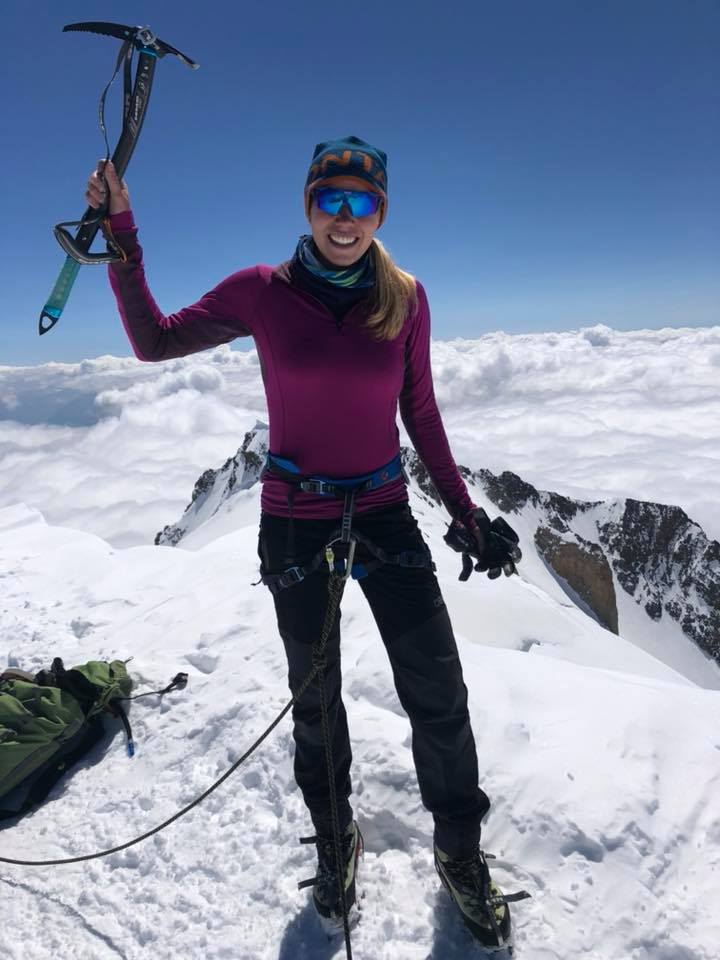 What does it feel like to do one of those things in life that feels like a dream come true?

All too often we get caught up in the constant busy-ness of our lives – a living embodiment of the daily grind – that we forget about the big stuff. The things that shape us as human beings. Those unforgettable experiences, those pivotal moments. We don’t prioritise them, and it’s easy to see why. We’re just too busy, right?

I’m one of those people who probably did some elements of GTD® before I even knew what GTD was. I think by very nature of its organisational and planning fastidiousness, I was drawn to it. I am a natural list-maker, a goal-orientated, success-driven-type. GTD, is of course, also brilliant for everyone; even those who don’t consider themselves as naturally organised. But I certainly took to it.

In my mind, one of the best elements of GTD, other than enabling me to be far more efficient (competing as a sponsored long-distance triathlete while running a business), is the ‘Someday/Maybe’ list.

I mean, I already had a ‘bucket list’. However, most of it was in my head. The beauty of GTD is that it enables you to store this kind of brilliant, blue-sky stuff in a dedicated list. Things that you kind of really want to do, but probably won’t actually do all of them. Hence, Someday/Maybe.

A few years ago, before I took on triathlon in a serious way, I used to rock climb, and even dabbled in a bit of mountaineering. I have no idea where all of this pseudo-adventurousness came from as I did no sport while growing up, and was hardly borne from a family of intrepid explorers.

As I spent more time climbing and hanging out in the mountains though, I just had this yearning desire to climb some bigger stuff. I read practically every book published by esteemed mountaineers, attended live talks with some of my heroes, and just accumulated this incredible mental bucket list of summits I wanted to tick off.

Triathlon then took over, I became a bit too serious about it, qualified for World Championship events, and quite simply, climbing mountains just took a back seat. Training for three sports doesn’t really allow really much time for any other mad sporting pursuit in life.

Every year, between Christmas and New Year, I write down what I have achieved in the year – this can be anything from personal skill development, reaching business objectives, trying something new, or achieving something on my coveted bucket list. I also plan the year ahead – it probably sounds a bit retentive to non-GTD-ers, but I categorise everything I want to achieve in the various areas of my life: business, health and fitness, relationships, personal objectives, financial etc. A big part of this is adding things from my ‘Someday/Maybe’ list to my ‘Projects’ list.

After Christmas 2017, I sat there (probably with a big glass of wine to encourage bold ambition) and looked at my ‘Someday/Maybe’ list. Something was on this list that had been there for a number of years, and it was time I turned it into a realistic Project.

Although I had been out of the climbing ‘game’ for a few years I was fit, healthy, and ripe for the next challenge. It went onto my Projects list and I recorded the Next Actions I needed to take in order to make this happen. Most of it, other than booking the trip itself, involved buying the necessary kit – ice axe, crampons, climbing helmet, and some big, hefty alpine mountaineering boots.

As the year flew by in a whirlwind of triathlon training, work and travelling as much as physically possible, my Mont Blanc trip loomed.

July arrived. I headed out to the Alps on my own and met the other solo travellers on the expedition. All males. Unsurprising, I have to say.

A few days of acclimatisation involved endless breath-taking panoramas, lots of banter-fuelled comradery, some “interesting” overnight stays at mountain huts (think no phone signal, no running water, no shower for days, and less than desirable toilet hygiene), and best of all, a fairly epic jaunt across a glacier at 3000m high from France to Switzerland.

On summit morning we awoke at 4am, 3200m, and headed out with head torches on to start the climb. The first section was known as “the wall” and is a literal rock climb up a vertical face. After two hours of vertically-exhilarating exertion we took a brief rest stop in the next mountain refuge hut before starting the first of many, many very steep snow fields towards the summit.

It seemed to go on forever. After 4000m the altitude really kicked in, I was struggling to breathe and my vision was spinning around like I’d had a few too many wines. Each step became an effort. We were making slow progress, every breath and every step was taken with concentrated focus.

There were a number of times where I actually thought I may not be able to go on. The self-doubt was creeping in, “am I even fit enough?”, “why is this so hard!?”, “I don’t think I can make it”. Just before the final steep wall of snow loomed above us, I even verbalised it.

My partner reassured me “we only have a few hundred metres. In 20 minutes you’ll be standing up there on the summit.”

I put my head down and plodded forward, gritting my teeth, trying not to let the tears surface.

Finally, after four hours of steep, intense climbing, and a walk along a ridge which was as wide as both feet and thousands of meters drop either side, we reached the summit.

I burst into tears.

This moment felt incredible. It was the culmination of years of desire, years of reading about this venerable mountain, years of wanting to achieve something this momentous. It was also probably the hardest thing I’ve ever done, and I’ve run over 10 marathons and completed two Ironman triathlons.

I can’t even do justice to the emotion I felt; it was a raw, unbelievable experience. Stood on the top of Europe, with no-one else around, above the clouds, and the feeling that I’d just experienced something the vast majority of people will never get to experience. It really was incredible, and I will never, ever forget that feeling.

I may have spent less than an hour absorbing that experience on the Mont Blanc summit. The trip itself took a week. I planned it as a Project for six months. It was on my Someday/Maybe list for years. But the memories will stay with me forever and ever.

It helps you really live life. And that has no tangible value, because it’s permanence in a world of transience. Things change, people change, but some stuff just stays with us forever. And that’s what living is truly all about.