"What?" Maybe Better to Ask "Why?" - Next Action Associates
0 Items 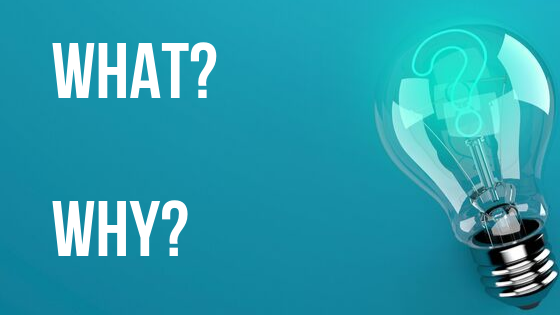 Last week, I hosted a regular conference call with our certified trainers and coaches here in the UK. One of the many hats I wear at Next Action Associates is that of Master Trainer, which basically means that I look after developing and certifying our trainers, and in ensuring that they refine their skills and knowledge over time.

In the call I asked the trainers how they dealt with scepticism in their seminars. Given the nature of the work we do, encouraging people to change their long-established ways of working, it’s probably no surprise that scepticism pops up in the seminar room. I’ve certainly seen a boatload of it in my long experience.

As the trainers shared their tactics for dealing with scepticism, a common theme became clear. Scepticism seems to emerge most often when people are reacting to specific approaches we’re suggesting. For example, we recommend a way to organise next action reminders by ‘context’. A context is where an action happens, or the tool that’s used to complete it. One context we suggest in the GTD® Fundamentals is a ‘calls’ list, that would contain reminders of all of the phone calls someone needs to make.

Now someone might object, “but I don’t make that many phone calls. I don’t think I need that list.” They’re objecting to the tactical suggestion that they might want to have a calls list. They’re objecting, in other words, to the “What.”

In my conversation with the trainers, we agreed that often the best way to deal with this kind of scepticism was to re-frame our suggestion to make it clear why we think organising next actions by context is helpful. If I’ve organised my next actions by context, then regardless of where I am or which tools I have to hand I can quickly see next actions that I can do in that moment. The goal ultimately is to remove all possible friction in the moment between thinking “I’d like to do something productive” and deciding what would be the best productive thing to do.

To convince someone who’s sceptical, we focus not on the What, but on the Why.

Don’t want to have a calls list? I’m OK with that, so long as the reminder lists you do have enable you to see helpful reminders, no matter which context you’re in.

Here is a quick summary of some of the key What and Why ideas. I’ve arranged this by the phases of the core GTD Workflow Model:

Hung up on the Whats? Take some time to re-connect with the Whys.