Gundula Welti worked for 21 years at The Walt Disney Company in the United States and Paris, where she held buying as well as sales roles in the Special Events sector. She is highly specialised in sales and negotiations and has been sharing her knowledge as a freelance trainer while continuing her work for Disney.
In 2011, Gundula decided to establish her own training organisation, specialising in sales and negotiation, while obtaining certification as a Business Coach (ICF). Perfectly tri-lingual in French, German and English, she facilitates programs around the world. Having been introduced to the GTD® methodology early on in her career, she realised that it represented the business hygiene everybody should be exposed to and decided to pursue certification as a trainer.
Personally, she uses GTD across all aspects of her life. She says that GTD has helped her to conjugate the businesswoman, mother, wife, cook, maid and car pool manager, while taking singing, tap-dancing and yoga classes, as well as getting certified as a GTD Trainer… all while working towards obtaining a Master’s degree in Business Coaching! 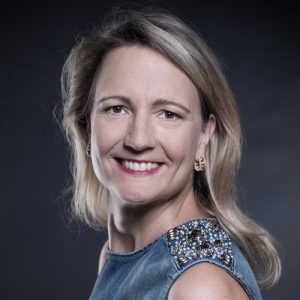