RACIng Down The Pitch - Next Action Associates
0 Items

RACIng Down The Pitch 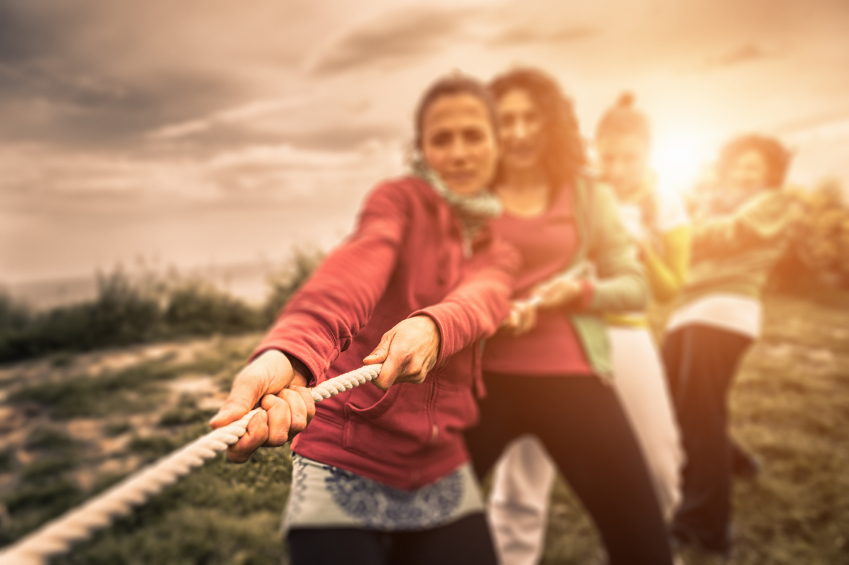 Recently, I touched on how Areas of Focus can help you to keep areas that matter to you on track and in balance individually. This particular horizon of focus is also incredibly useful to teams. In the spirit of the current World Cup football matches, I’d like to explain a bit about how clarifying the first three levels of the GTD® Horizons of Focus—next actions, projects, and areas of focus—can turbo-charge team performance.

With clear goals, clear roles, and a clear understanding of who has the ball, a team is much more likely to score. In fact, I would contend that no amount of talent or experience on the part of the individual players could compensate for a lack of clarity in any of these three areas. The critical factor for successful execution under this model is each player maintaining a good GTD system. When this is combined with a clear understanding of both “who does what” and “what we are all trying to achieve”, it can turbo-charge any group’s ability to drive the ball down the pitch as an efficient, well-coordinated team.

Just as the members of a football team have different roles, so too do members of a project team, and making these explicit can greatly increase the team’s chances of success. One useful model for understanding team roles in relation to a project is the acronym RACI. It helps differentiate between who is Responsible (the project “owner”), Accountable (the overseer), who should be Consulted (in two-way communications) and who simply needs to be kept Informed (via one-way updates).

Here is an example of just how that can work:

The person Responsible will have an Area of Focus that makes them the best candidate for taking on this specific project in the first place (such as “IT” being responsible for executing a new website). They will have a project on their project list, stated in terms of the agreed-upon outcome from the kick-off meeting. Any deadlines or reminders exist in her calendar. If the very next action to progress the project belongs to the person Responsible, it will show up on one of her to-do lists. If it exists with someone else, it will show up on that person’s to-do list, and the person Responsible will have a “waiting-for” item that reminds them of who has the next step, facilitating appropriate follow-up as needed.

The person Accountable will also have an Area of Focus corresponding to the business sector or company department that is overseeing this specific project (such as “Marketing” being ultimately Accountable for the website launch). They will likely have the same project outcome entered into a “Projects Delegated” list that they can review periodically, and in meetings with the person Responsible, to keep track of overall progress and lend support. They will generally not be tracking the specific next actions and waiting-for items, but instead keep focused on high-level progress toward the overall goal.

Those who Consult about the project to provide input will also have an Area of Focus linked to this specific project in some way (such as “Brand” consulting on the use of logos on the website). They will generally not be tracking the overall project outcome on their own lists, but will instead respond to requests for input–either as single next actions, or by creating their own sub-project for those requests that are multi-step. Their role is responsive, and their GTD system helps them define how best to respond.

Those who need to be Informed about the project have a reason for needing to be informed that is specified in their Area of Focus as well (such as “Sales” needing to know when the website is live to update their customers). They may have a “waiting-for” item in their trusted system to trigger appropriate follow-up about the project status if needed. Generally, once informed of the completion of the project, there will be additional projects for them to complete in response. Until then, however, they are typically in a “waiting-for” mode, awaiting further updates and input.

With the state of play optimally represented in each player’s GTD system, it is far less likely that anything will fall through the cracks. Each person takes responsibility for the aspects of the project that they agreed to do, and those who are have a stake in the outcome have reminders to facilitate appropriate follow-up and lend support. Everyone knows “who has the ball”, and why, and what their “ball” really means to them.

With clear goal posts and team roles defined, the GTD methodology can then help everyone on the team to track the state of play in their trusted system.

Everyone wants to play a game that they can win. This three-fold combination–of clear goals, clear roles, and a clear state of play–ensures that your team can do just that, point after point, match after match.