As my remaining hair slopes sneakily off towards the white end of the black-white spectrum, it seems my clients too are ageing, and – in many cases – taking on more and more responsibility. Unfortunately, often they are also working harder and harder, and I’m not sure that is helpful. It is normal, natural, and logical to do so given the increased responsibility, but not healthy or helpful.

The seeds of this problem are sown very early in our careers. When you start your career, there is a pretty direct impact of any extra effort you put in on what you produce. Very often, someone else is doing the deciding about what gets done, and the actual work is being done by you and your peer group. One of the ways that you can distinguish yourself is to work harder than those around you, and if you work 10% or 20% more, this can be pretty easily observed in the results you produce. 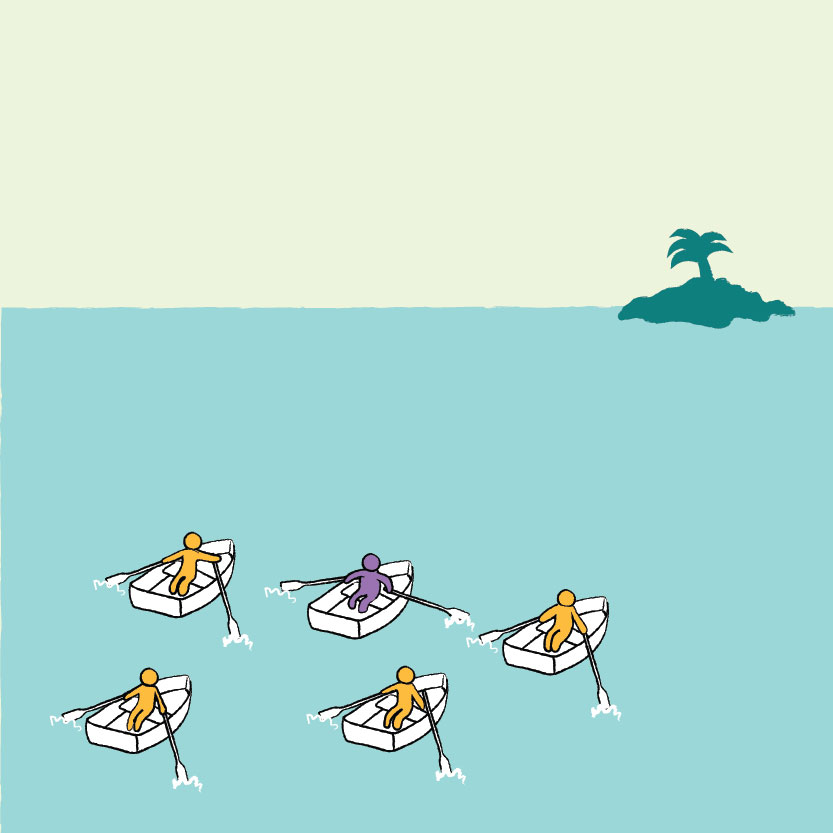 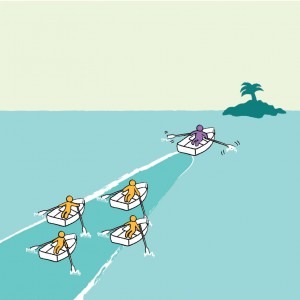 When you get your first team, an odd thing happens: your theoretical reach is dramatically extended, but your ability to impact the total output of the team on your own is actually diminished. You now have 10 people working for you, and the sum of those efforts is potentially much greater than just you alone. Simultaneously, your contribution to the total just got way smaller. So, instead of you increasing your work rate by 10% and getting 10% more return, let’s say, you now increase your work rate by 10% and get a 1% impact on the total results of the team, unless they also start to do something differently. 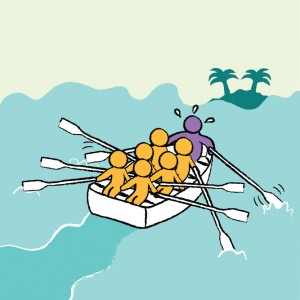 Now let’s say your team is 100. In theory, you have expanded your reach x 100. But if you allow your anxiety about the new job to drive you to simply increase your own work rate by 20%, you will only impact the productivity of the new team by 0.2%. Given that the total team could double its productivity if each person only did 1% more than they are currently doing, 0.2% is a pretty meagre return for all that extra work you are doing to move the needle. 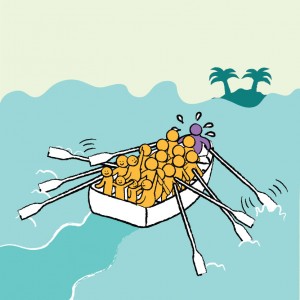 In these circumstances, it should be clear that your impact will not come from working harder, but that is precisely what many of us do. Our incremental efforts – even if we stop sleeping – are not going to be what moves the needle in the performance of the larger team, but we start to get up earlier, stay up later, and work through the weekends to get it all done.

I hope it is clear from the illustrations that that can only be the path to madness and a shortened lifespan. Still, I feel the pull of it myself.

The link to Blaise Pascal, the Enlightenment mathematician and philosopher, is that he famously posited that it made sense to believe in God given the infinite upside of doing so (he felt that eternal life was worth a punt), while the downside remained finite (a bit less sex, drugs and rock ‘n’ roll in the here and now).

My suggestion is an inversion of the same logic: given increasing potential reach of a larger team and the finite time and energy available to an individual leader, it makes no sense to keep trying to work harder; you must instead make better choices to leverage the group.

At a certain point the only way to succeed with an ever larger team will come from fighting the demands of the system to stay busy, busy, busy as an individual, and using the time you keep ‘free’ to think more strategically about the efforts of the team. This is knowledge work as applied to leadership.

The bigger the team gets, the more the job becomes about the following:
· creating the vision
· communicating the vision (and repeating it until blue)
· delegating who is going to do what
· tracking who is doing what by when
· removing cultural obstacles and offering air cover to those who’ve committed to do things for you 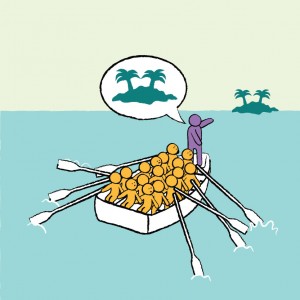 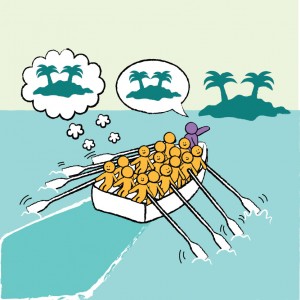 That’s it. Easy to say, much harder to do. There is a library of leadership literature lurking behind each of those bullets. But fighting for the time to do those things is a more worthy challenge than simply giving in and mindlessly rowing ever harder.