For Whom the Cell Tolls - Next Action Associates
0 Items

For Whom the Cell Tolls 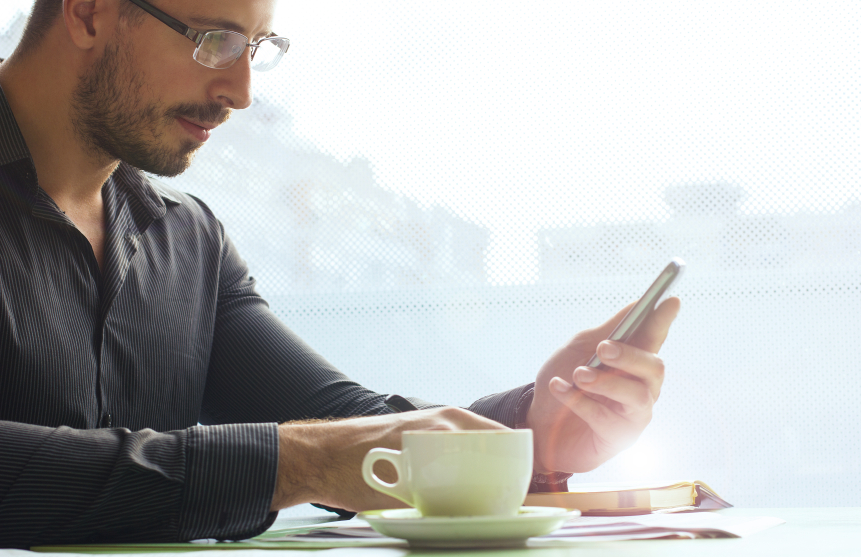 “You work too hard to be successful.“

Tom had been having a quick look at his e-mail under the table of the sidewalk café, but this last sentence from across the table jolted him back to reality. He considered himself a moderately successful individual, so he was a bit perplexed to hear this from his friend and mentor Martin. “What do you mean?”, he asked, “I’m consistently making multiples of six figures – you call that unsuccessful?”

Martin – a laconic Southerner who’d done exceptionally well with his first few companies and now mostly looked after his investments – hesitated a moment, then replied, “I didn’t say that you were unsuccessful, I said ‘you work too hard to be successful’. And that is twice true from where I’m looking at it.”

“Twice true? What do you mean?” Tom had a sense that he wasn’t necessarily going to enjoy the response to his question, but Martin had been very helpful to him over the years, and one of Martin’s virtues was that he didn’t pull his punches, in service of his friends.

“Well, firstly, no one who is really successful would work as hard as you do”, Martin explained. “There is no need for it. You’ve got pretty much everything a body could need already. What you are doing now is overcompensating for your sense that you might not be worth all the money you are getting paid.

At this, Tom was well and truly back at the table, and fairly spitting with anger. “Thanks for the matchbook psychology, but I really enjoy my work. There is no harm in working hard, is there?”

“Certainly not”, Tom replied, “A good solid day of work is as necessary as a good night’s sleep for our health and happine….”

At that one of Tom’s phones rang. Flustered, it took him a moment to work out which of them it was, and he tried to sneak a look at who it was before hitting the power button to ignore the incoming call before putting it on the table between them.

After an uncomfortable pause, Martin continued: “Speaking of sleep, you are sleeping what, four hours a night now? I’m getting mails from you late at night, in the morning – I have no idea when you actually sleep at all. And – I hate to say it – but since you took this last role, you’ve picked up a bit of a muffin top, which can’t be easy given how many of those triathlon things you are trying to fit in.

“We used to talk about art, literature and meaning, but the last few times we’ve met you basically only ever talk about work. It’s like talking to a spreadsheet. Are those kids of yours still alive? You haven’t mentioned them for months.”

Tom was beginning to wish Martin would go back to being his old laconic self.

But Martin continued: “You might call those low blows, sure, so let’s keep it in the moment. You’ve checked your phone under the table, what, two, three times since you sat down? Is whatever it is that you are looking for really that much more important than me?”

Tom thought he’d managed to check his phone on the sly, but then again Martin didn’t miss much and so – well and truly busted – he began to power down his phones.

“Don’t bother,” Martin growled, “you twitch like a drunk with the DTs when you turn those things off. They are not the problem.

“It’s not the phones – though they’ll be the death of you, the way you use them – and it’s not the amount you are doing, it is your relationship to it all. Do you have goals, or do your goals have you?

“Well,” Martin said, “not only are you working more than a successful person would, but the way you are working means that it will be next to impossible for you to create and innovate in a way that produces outsize success. The ragged scrap of caffeinated nada that you’ve allowed yourself to turn into can’t become really successful. In the state you’ve got yourself into the possibility of having the really great idea that will transform your business, or perhaps even your industry, is dramatically reduced.

“Great ideas come in the space between task focus and daydreaming, and you’ve gotten yourself so tired that you can’t have the transformative ideas – only ones that fit into the logic of pushing harder, faster, more.

Martin continued: “You are so focused on ploughing your current furrow hard and fast that all you’ll ever do is go deeper in the same spot. There could be gold nuggets laying in plain sight in the next field over from where you are and you wouldn’t see them. The only difference between your furrow and a grave is the length.

“What is it that you need to build in so you clear some space between thoughts? Do you even know?!

Tom didn’t. Well, there is playing with the dog, and the time at the café in the morning before he got stuck into the papers….

Tom looked down at his cup, saw the colour on it for the first time and smiled. He finished the last drops of his espresso, and felt the bitter sweetness of the coffee roll across his tongue. He put the cup down, smiled again, and picked up his phone and stood up.

“Could you excuse me for a moment? I have some appointments to cancel.”