A Simple Tip for a Magic Memory 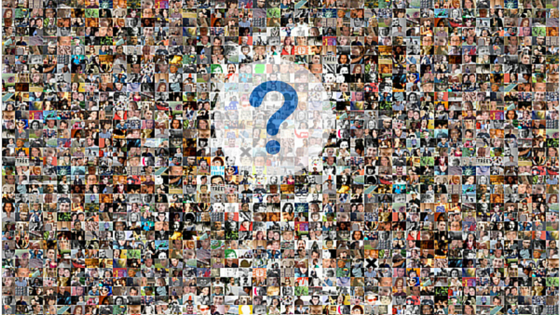 One of Shakespeare’s most famous lines is, ‘All the world’s a stage, and all the men and women merely players’. Fabulous metaphor. Love it.

The problem is that – as I’ve gotten a bit older, and the stage has gotten more crowded with each passing year – I can’t always remember the names of everyone on the stage with me at any given moment.

Faces, of course, are no problem. Due to the survival advantages inherent in being able to detect subtle changes on other people’s faces – and the impact of natural selection – most of us have an amazing memory for faces. It is quite miraculous just how many different faces we can keep track of, given how subtle the differences between us are.

This problem was recently brought into focus in an odd way for me. I was showing up for a networking event on a regular basis, and started noticing that more people seemed to know my name than vice versa. That fails the reciprocity test, and always responding with a nameless, ‘Good to see you too’ just didn’t seem right, so I resolved to correct it.

Here is the challenge: there are about 40-50 people who attend this meeting on any given week, but they are coming from a pool of some 80-90 regulars. Given all of the other things that my brain has to do in a day, memorizing 90 more names seemed a waste of cognitive horsepower. I knew I didn’t want to use my brain to remember all those names, but I definitely wanted to be able to greet everyone by name when in the space with them. Initially, I was stumped.

It took a while, but I finally hit upon a workable solution. One of the lists that we suggest can be useful for our clients is what we call a ‘reference list’. I like to describe this type of list as ‘a list of things that have more value when together than when apart’.

So, inspired by Shakespeare’s metaphor, I created a simple reference list, called ‘Cast of Characters’.

When clarifying what these notes meant for me later, the names and descriptions simply ended up on the list in my system.

That list lives as an all-day event in my calendar, so it is there on the day of the actual meeting, and gets moved during a Weekly Review so it is there as a reminder for the following meeting.

Now when I go along to my meeting I can greet pretty much everyone by name. Thanks to this simple ‘trick’, I have become a veritable God of Memory.

Once I noticed that it was working in that context, and that I was able to greet 90 people by name each week (of course I don’t have to do all 90 each week, only a small subset), I began noticing other situations in which such a list would be useful.

At the dog park for instance. Dogs are wonderful conversation starters, but there is only so many times that you can ask about the name and age of a given dog before you start to look a bit daft. Ergo, a ‘Cast of Canine Characters’ was born, for consultation prior to walking into the place where the dogs play. Oddly, this list is far more complete with dog names and characteristics than with owner names and characteristics:

Pookie, young brown Lab, will chase ball until the end of time
Owner: older artist, works at the Gap to make ends meet

In this canine context, I now seem a veritable Dog of Memory. : )

Similarly, a week or so later, I was at the offices of a client in France, where I only visit every now and then. I know many people in that office quite well, but do not always have their name ready when wandering the building with other things on my mind. Most of those people are listed in my contacts, but the value of the reference list is to make their names quickly available to me all in one place.

You guessed it, there is now a list called ‘Likely Players at Client X’. A quick review of that list means I’m much more able to step in and greet people by name, as opposed to using the all-purpose but slightly anonymous, ‘Hi, how are you?’.

Last week, I arrived at my regular networking meeting and was able to say to someone relatively new, ‘Hi Sarah, how are you?’ She looked pleasantly surprised and said, ‘My, you have an amazing memory’.

I was torn between dishonestly owning her praise with a silent smile and grassing myself – and my new list – up, but decided to keep mum.

I can’t tell you how much my memory has improved, now that I don’t try to remember things.

The secret is mine.

Erm,… until now of course.