You don't have problems, only projects - Next Action Associates
0 Items

You don’t have problems, only projects 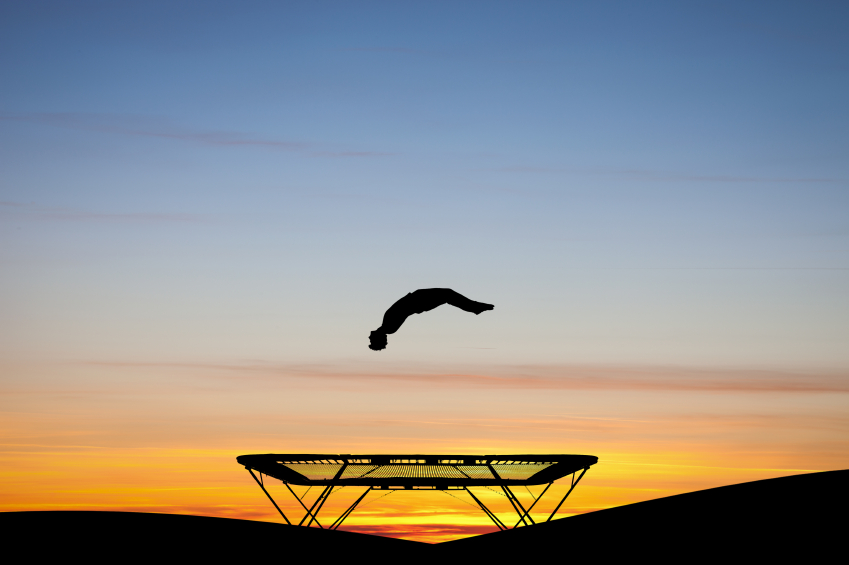 Christmas is a time for sitting around and pondering.  So when my wife, Denise, asked if we should all go trampolining on Boxing day I should have said: “That sounds like an interesting idea, let me think about it ’till Easter”.  Instead, I said: “Sounds good!”.  A decision we’d all come to regret.

If you’re going to break your leg trampolining, you’ll hopefully at least come away with a good story to tell.  “She was performing a triple back-flip with a twist and went so high she hit the ceiling.”  Not as our story goes. “You won’t believe it. She was just walking off the trampoline to get a coffee, tripped and her leg broke in three places.”

And so we found ourselves in the back of an ambulance, Denise giddy on gas and air and me wondering whether there was a clause in the marriage vows that allowed a partner to continue with the skiing holiday in the event of the other being in a trampolining accident. (It turned out there wasn’t).

The surgeon delivered the bad news with a joke.  “We’ll have to raid B&Q for metal and screws to put you back together”, he grinned. Oh how we laughed.  But bad news it was. Six to eight weeks in a wheelchair, and it wasn’t just bad news for Denise; I was just about to get so busy I’d need to hire David Allen himself to get me through the month.  And as he came to mind I asked myself a question – “What would David do?”  I remembered his advice: “We don’t have problems, only projects”. “Yeah right”, I thought.

However, two cups of coffee and bar of Galaxy later, I realised that as much as I wanted to pull the duvet over my head till spring, hibernation was not an option.  So I started to get things out of my head and down in writing.  Whole pages of stuff came out. Here’s the tip of the iceberg:

Soon, I had 18 projects; their subsequent actions and a further 10 next actions which, given what I already had on, made me see that I really did have too much to do.  I quickly froze a few my projects and let those parties know what was happening.  I felt much better.

January was still busy and I still got a wee bit stressed but I never dropped the ball once.  And so once again I pondered David’s advice – “You don’t have problems, only projects”. Actually, yeah… you’re right.