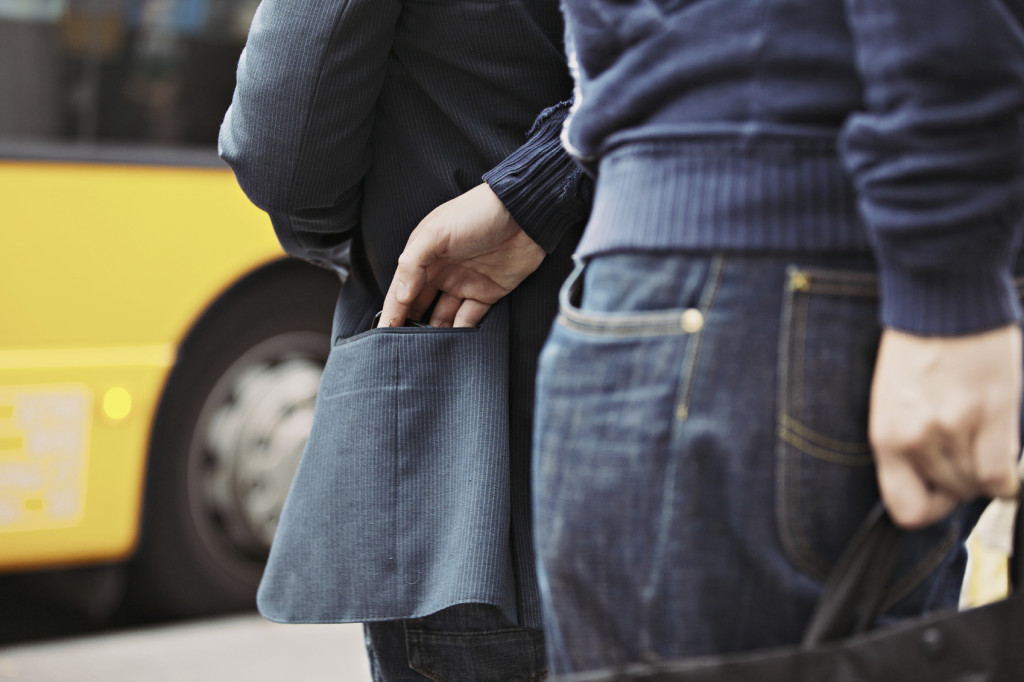 I knew my wallet was being stolen as it was happening, but was strangely powerless to stop it.

While checking out one of the delightful displays of fresh fruit and veg in the market just off the Rambla in Barcelona, I felt something unusual happening with the bag slung over my shoulder. I turned immediately to see if anyone could have been fishing around in my bag, and – unfortunately – there were plenty of candidates. Too many. And as I wasn’t actually sure if anything was gone yet, I couldn’t just start grabbing random bystanders while I checked to see if something was missing.

In the time it took to confirm that my wallet was indeed gone, the crowd – and the thieves – had moved on.

Initially, there was panic, with my mind racing through pretty dark scenarios of possible outcomes: ‘What was in the wallet?’, ‘What do I do next?’, ‘Who do I report this to?’, ‘Will they be able to do anything about this?’, ‘Am I as badly stuffed as I currently feel?’, and ‘Why am I using ‘stuffed’ to describe these circumstances?’, were a sampling of the thoughts from the first minute or so.

Once I began to calm down again, I realized that I already had the solution. Though I certainly didn’t ever want this to happen, I’d actually been prepared for this kind of thing for years.

Those of you who have done a seminar with me know that I have a reference list for just such an occasion, called ‘Lost or stolen bank cards’, with all the numbers to call in case they ever are.  Someone suggested it to me many years ago, and I’ve been suggesting it to others ever since.

So, as my phone was still in my bag (with the list synced up on it), I got busy cancelling cards. By the time I got back to the hotel I was halfway through the list. An hour later all the cards were cancelled.

I lost a couple of pieces of ID that were a pain to replace and a wallet that I particularly liked, but having checked that nothing else was missing, and that there was nothing else that could be done, we decided to head back out and start sightseeing again.

Mostly, my pride was a bit dented. After travelling the world from top to bottom and wandering through much more dangerous situations safely, it seemed oddly unfair that I have my pocket picked in such benign circumstances.

And, I kind of wished that if I was going to be relieved of my wallet I could at least have boasted that it had been taken by a master thief. That I hadn’t even noticed it go. Not so. It was definitely not the Picasso of pickpockets who got my wallet. It felt more like four ferrets fighting over the walnuts I’d purchased a few stalls down the way. Not elegant stuff. Effective, but not refined.

What would have happened without the list? Well, I’d have started looking for the numbers online, but I’d have needed to get back to the hotel to do that, and that would have given the thieves more time to do whatever they might have done to empty out accounts. It is true that the banks do provide the numbers to call, but guess where?  Yup. Right there on the back of the card that you no longer have.

As a result of the experience, the list has gotten better. Instead of just the numbers to call, I now have those numbers with a partial card number as well (some of the banks asked for that). And, though the list was complete, one of the numbers was out of date. Not anymore.

My suggestion, with the benefit of hindsight:

Don’t go sightseeing with every card you own. I travel a lot, and do business in a few different countries with a few different cards, so it is convenient to have them all together. But that meant that the list was probably longer than it really should have been for a tourist stroll.

By all means make the complete list, in case all of them go at some stage, but – when you travel – build a travel wallet with some cash and a card or two, and leave most cards at home or in the hotel safe.

In the end, Barcelona was a rather regal experience; I had no cash or cards, and so everything was paid for by someone else. That part of the experience I could really get to like!