The alarming drag of auto-nag - Next Action Associates
0 Items

The alarming drag of auto-nag 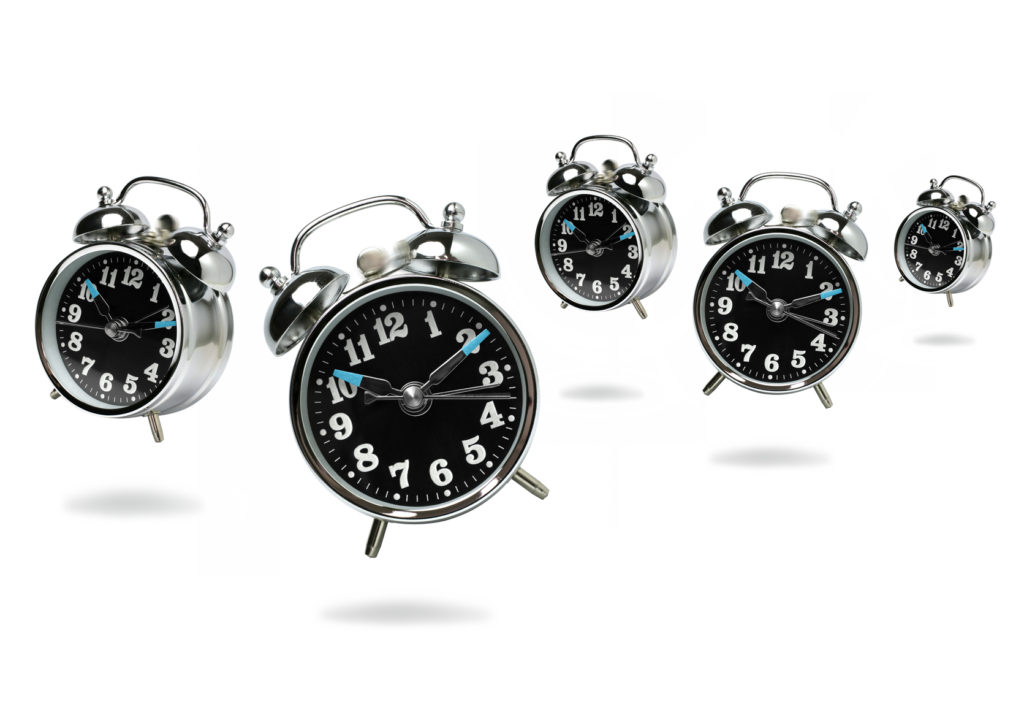 Like so many of us, I have a love-hate relationship with the alarm clock on my phone. I often hate how early it wakes me up, but of course love that it does so reliably. Like the bookmark, whose simple virtues I extolled in a previous article, the alarm clock is fit-for-purpose. Yet, I suspect it is precisely because it is so effective that so many people misuse alarm-like reminders – often with alarming effect.

Like the GTD method itself, the alarm clock actually increases effectiveness while decreasing stress. Waking up at the right time is an effective behaviour. More importantly, however, the set-it-and-forget-it nature of an alarm means I don’t have to stress about waking up prior to it going off. Can you imagine an alarm clock that went off every hour on the hour just to say, “Hey, remember, you need to be up at six a.m.!” all night long? It would hardly be conducive to a good night’s rest. In fact, it sounds more like torture.

Yet so many people misuse time-specific reminders in just this way – and then wonder why they feel tired, stressed, and overwhelmed. The difference between a ‘nag’ (annoying, ineffective reminder) and an effective, useful reminder is whether or not it is actionable when it arrives. As an adult, I can reliably predict when I should wake up, set the alarm for that time, and 100% of the time when the alarm goes off, getting out of bed is the right decision.

So, what about all those ‘alarms’ in your electronic calendar right now? Often in the course of coaching clients on GTD, a spate of alerts pop up, and I watch them hit the ‘dismiss’ or ‘snooze’ buttons repeatedly. The reason they can do this on reflex is that rarely are any of them actionable in the moment they appear. If you hit the ‘snooze’ or ‘dismiss’ button as many times on your actual alarm clock, you’d effectively be in a permanent coma.

The current spate of applications that allow you to forward an email into cyberspace to have it deliver that same email back to you at a later time are really no better. They may remove a load of reminders from your calendar, but you are instead just shifting the problem into your email inbox, for you to have to think about again at a point in time you are guessing (usually, in my experience, inaccurately) it will become actionable.

For most things like this that you want to track, there is a better way. The Waiting-For list in GTD is a simple flat list of whom (person and/or organisation) you are waiting for, when you started waiting, and what it is you are waiting for. For most people, knowing that you will review this list in your Weekly Review provides the same set-it-and-forget-it relief as an alarm, without the constant misfiring of pop-up alerts or email deferrals. It allows you to decide when it is time to chase something up (and when it would be rude), as part of a routine behaviour, rather than forcing you to guess a specific date to get an alert.

Of course, sometimes you do know when a reminder will be actionable, and it is obviously good to put things like deadlines and highly time-critical reminders into the calendar. I would suspect, though, that the rate at which most people’s reminders are actually actionable when they come back is less than 50%. They are in fact nagging themselves, repeatedly – like that yet-to-be-invented hourly alarm clock that only a sadist could enjoy.

Reducing the drag of ineffective time-specific reminders is a huge relief for most people, once they commit to tracking their own commitments as Projects and Next Actions, and tracking others’ commitments to them on a Waiting-For list. Reviewing it, of course, is the other critical behaviour that earns you the right to not have to be swamped throughout the day by (mostly) useless nags.

When I tell people that it’s possible to increase effectiveness while reducing stress, they often think it sounds like magic. In reality, getting them to stop stressing themselves out by misusing tools like the calendar is one simple, practical way that GTD best practices can help.

You can work powerfully and peacefully. But first, you have to stop alarming yourself.