Are you playing the game blindfolded? Check, mate. - Next Action Associates
0 Items

Are you playing the game blindfolded? Check, mate. 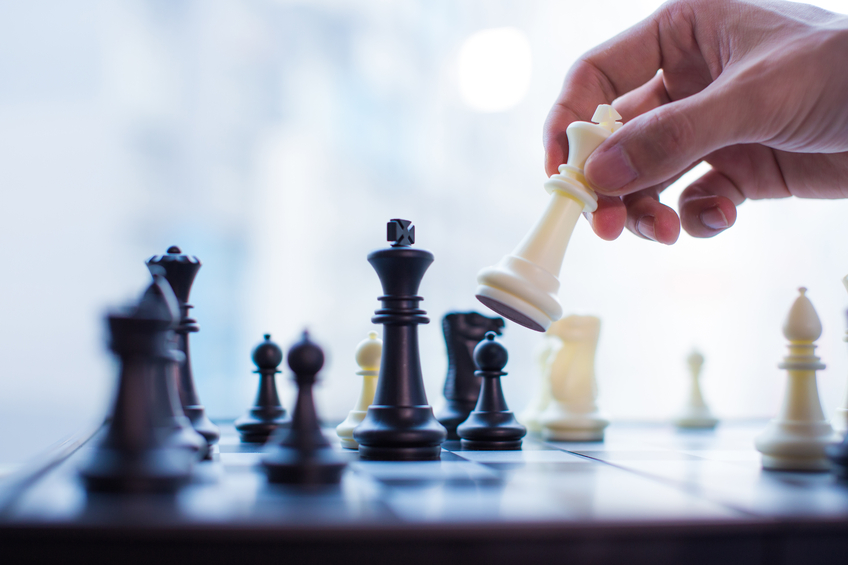 As a teenager, I used to play competitive chess. One of the most exciting spectacles in this world is the exhibition match, where a single player would compete against numerous other players simultaneously. I got to participate in one such match against a Russian Grandmaster. We arranged four long tables to make four sides of a square, and he positioned himself in the space in the middle, with chessboards arranged all around him.

Not only was he taking on twenty of us at once, but his moves were being timed. Once one of us made a move, we would punch a button on our special two-clock chess clock, starting up the clock on his side of the board. If his clock ran out of time, he would lose just as squarely as if we had checkmated him. So, he couldn’t just move in a circular fashion around the room, addressing each board one at a time, but was constantly listening out for that little click of the clock button, and swooping in to have a think and make a move.

As I recall, he beat every single one of us.

Surprised? You shouldn’t be. For many people, a typical work day is a lot like an exhibition match. What’s shocking is that they are trying to play it blindfolded, keeping the state of the board in their head.

To alleviate the difficulty, some try to ‘carve out time’ to focus on a single game, seeing it through (in their mind) to its conclusion. The problem with this is that the other nineteen games are just as important as the one you are trying to win now; and the clocks are ticking.

A better solution is to take off the blindfold, and use the board to record the current state of play accurately, so that you don’t have to keep all twenty games in your head at once. Like our Grandmaster, you want to be able to swoop in, assess the situation, take a decision, make a move, and then move on.

If your next actions lists aren’t as easy to read, understand, and decide upon as a chess board to an experienced player, you are going to have a hard time winning at every game.

The reality of the modern workplace gets worse. In chess, the desired outcome is always the same – a checkmate. But in reality, most office workers are playing chess, draughts, Ludo, Monopoly – many different games, with different rules and different desired outcomes – all at once.

If your project list doesn’t define clear desired outcomes – as clear as the ‘win scenario’ of a board game – winning is going to be nearly impossible.

You don’t need more time, better skills, or fewer interruptions to win all of the games that you are currently playing. Those things may help. But the deciding factor will be whether you are trying to play all of those different games in your head, or whether you can represent the desired outcome and state of play externally in a system that is as easy to understand and act upon as a chess board is to a Grandmaster.

A trusted GTD system can be that board for you, keeping the right ‘games’ all moving forward in parallel toward success. So, what’s your next move?