Distracted by the Duke - Next Action Associates
0 Items

Distracted by the Duke 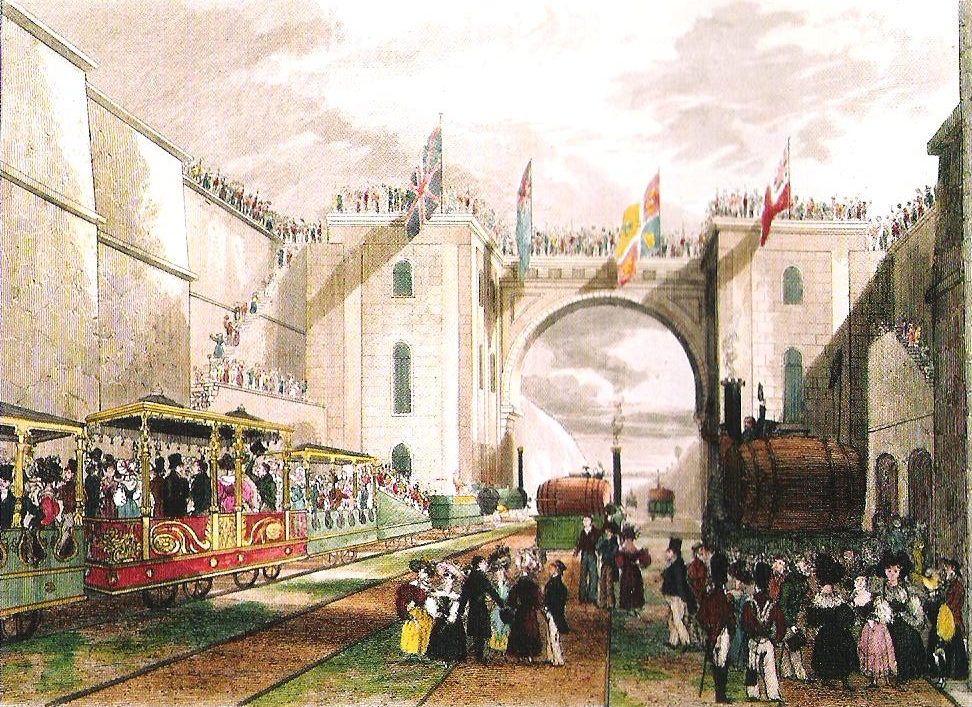 As he lay dying by the railway tracks the local MP for Liverpool, the Right Honourable William Huskisson, must have thought… “Dash it all… I didn’t see that coming!”

On this very day in 1830, a train service was launched connecting Manchester, the greatest industrial city of the age, with Liverpool, its nearest port. It was to spark the development of mechanised transport around the world but it was the end of the line for the ill-fated Mr Huskisson, who was one of the dignitaries on a special inaugural journey graced by the Prime Minister of the day, The Duke of Wellington.

Huskisson had recently fallen out with the hero of the Battle of Waterloo over matters of policy, therefore, at a stop between the two great Northern cities to take on water, he decided to seize the opportunity to repair their relationship and descended from his carriage, made his way up the track and offered the Duke his hand in friendship.

Unfortunately, distracted as he engaged the great man in conversation, he failed to notice the legendary locomotive Stephenson’s Rocket hurtling towards him from the other direction. On doing so he was gripped by panic and desperately tried to clamber to safety in the Duke’s carriage only to find, as he clung to the door, that it swung open leaving him dangling in the path of the Rocket whereupon he perished under the advancing wheels of industry.

Nearly 200 years on, failure to look ahead and see what’s coming can still have unwanted consequences. It’s all too easy to be distracted and driven by the attention-grabbing demands of what’s right in front of you only to then find yourself blind-sided by something you’d forgotten about and failed to adequately prepare for.

While the repercussions are rarely life-threatening, too many meetings for which you’re under-prepared might eventually be career-limiting in the eyes of your superiors, and yet another hastily-purchased last minute birthday gift might eventually be sigh-inducing in your loved ones.

For this reason a key part of the GTD methodology is the Weekly Review, an opportunity to not only take stock of progress but also to look ahead at what’s coming down the line. It enables you to prepare in an effective and timely manner so you’re completely ready when challenges arrive; rather than scrambling at the last minute to escape a train wreck.

The sense of clarity and completeness that the Weekly Review gives you about your upcoming commitments also enables you to focus without distraction on any unexpected opportunities that arise, safe in the knowledge that afterwards, you can pick up again right where you were without skipping a beat –  whether it’s an unplanned call with a colleague or the unexpected chance of a chat with your Prime Minister.

Back in 1830, after the gala procession had once more fired up its engines and made its way to Manchester – with one less passenger, sadly – the day got worse for the Duke of Wellington, too. His hugely-delayed arrival into Manchester station angered the impatient and now drunken crowds and he was pelted with bottles and fruit.

But don’t worry, the welcome at Manchester Piccadilly has improved immeasurably in the last 186 years and if you’re arriving by train for our GTD Level 1 Fundamentals Seminar in October, the only fruit you’ll encounter will be accompanied by fresh coffee and danish pastries at the Hilton Doubletree, right next to the station.