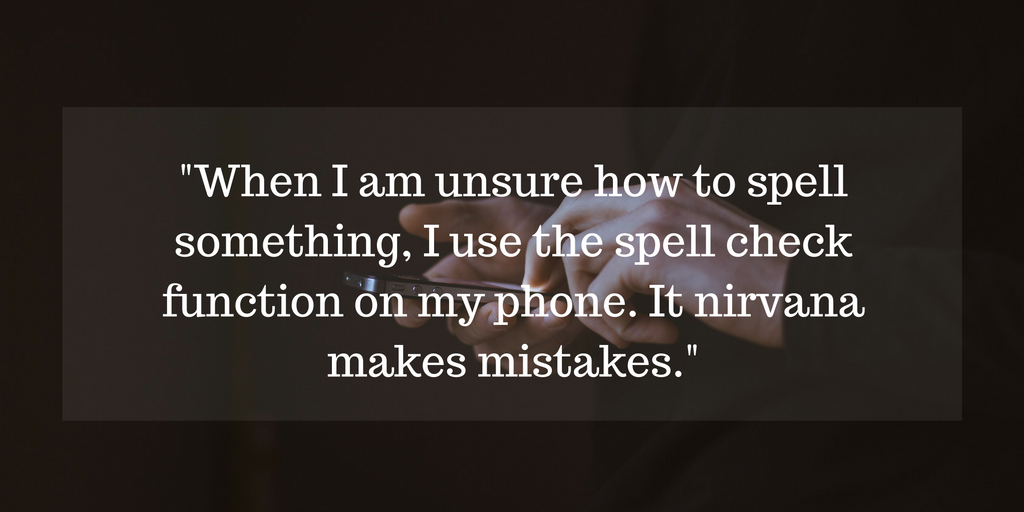 Gundula Welti is a certified GTD Trainer and has 21 years of experience in both buying and sales roles within a large international corporation. She is highly specialised in sales and negotiations and uses GTD in all aspects of her life. She says that GTD helped her conjugate the businesswoman, mother, wife, cook, maid and car pool manager, while taking singing, tap-dancing and yoga classes as well as getting certifications as GTD Trainer and Coach … and incidentally starting her own company six years ago.

As a 21st century European businesswoman, I work in three languages and am perfectly at ease to lead a seminar in any of them.

But when I use one of my mobile devices, my linguistic abilities often get holed below the waterline. Pretty much on a daily basis I am surprised by the discrepancy between what I was trying to write and what actually ends up on the screen of my device. My smartphone has an opinion about what I’m trying to say – and in which language – so makes seemingly arbitrary decisions about whether my text message in German should be spell checked in French, or whether my email in French should be corrected in English.

Invariably the result is an of Esperanto-esque farrago of potential misunderstandings. The languages that I spent years learning and perfecting for use in the world start to cross-fertilise unhelpfully in my device, often with ridiculous results.

It is only when my eyes shift focus from the keyboard to the screen that I realise that it has happened again. I want to curse the device, but my smartphone can only be as smart as I allow it to be. The maxim, « garbage in – garbage out » applies in spades.

Similarly, a Ferrari can only unleash all of its horsepower if I shift out of first gear. Telling my smartphone about which language I’d like it check my prose in is like shifting gears. To be clear, my smartphone actually spells much better in all languages than I ever could, but only if I clearly tell it what I want.

That same phenomenon is also true when we try to be productive. We have fantastic tools, ranging from the latest iPhone to the most up-to-date Outlook version, and also remarkable transmission and synchronisation capabilities, just to name a few. But all of these gadgets and technology are only as effective as we make them.

To extend the metaphor, our brains are the Ferraris of our body. Neuro-scientists haven’t even explored the tip of the iceberg of what our brains are capable of doing. We know it is capable of being creative, of coming up with connections between seemingly independent ideas in order to create something new, better and beyond the original ideas.

Our brain is also a wonder of decision-making ability. It can decide in a split-second at an intersection whether fulfilling my wish for pizza from the restaurant on the other side of the road is best done now or in 15 seconds, given the speed of the car approaching on that same road.

Not only is our brain fast, but it’s an endurance athlete as well. It makes decisions from dusk to dawn, right from “shower first, then breakfast” to “blue or grey today?”, “metro or bus?”, and “suffer the traffic jam or sit it out” – all of that before I start work. Thousands of large and small decisions, all day long.

So how come we don’t always use it for what it is so brilliant at? Or how come we misuse it for doing things it is not made for? Doing that is like using our Ferrari to move a piano.

It’s like trying to remember the birthdays of all friends and family members. Crazy. Haven’t we all forgotten the birthday of a good friend, or the toothpaste that we set out to buy when grocery shopping? Remembering these things is not impossible, but it is also not a good use of the brain. These items are not lost by our brains. No, they usually come back to us – the day after the birthday or once we are back in the car after completing the shopping!

For those of us who are trained in GTD, we all know that great feeling of outsourcing all that ‘stuff’ held in our brains. There is a lot of stuff (and, for the record, there is very little space in the boot of a Ferrari).

Transforming my ‘stuff’ into next actions on a list or putting them in my calendar is using my gadgets for what they are brilliant for. My brain is there to have ideas, and my smartphone to hold my action lists, so that when I am in the store I can just pull up my errands list and get what I need. How’s that for a productive experience?

If you want to move fast, you have to shift gears.