The genius of being stupid - Next Action Associates
0 Items

The genius of being stupid 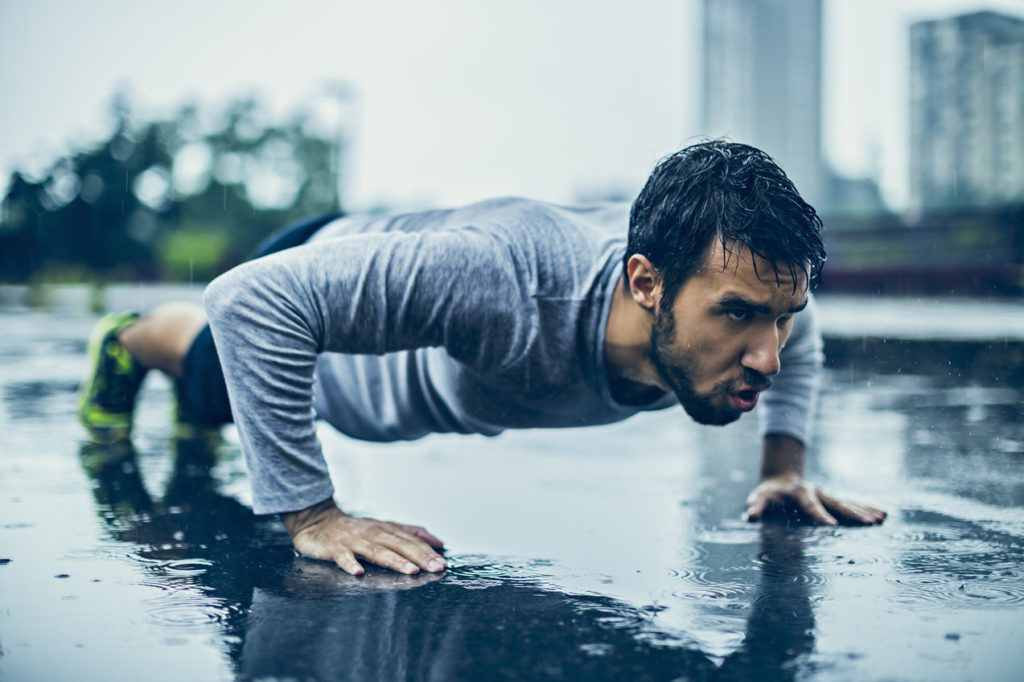 The genesis of genius is often in being stupid.

Not the idiotic kind of stupid, but more the keeping-it-simple kind. Stupid enough to just do the not-terribly-exciting stuff consistently, to create the conditions in which great results can show up.

One example of this is with our bodies. Over-thinking about training plans, the right time to train, or who is the very best trainer you could hire will not help you get fit. For fitness, you want to leave your genius at home and get your butt to the gym.

In a previous life, when I was making ends meet as an itinerant juggler, I noticed that the very best jugglers were not necessarily the brightest. Frankly, the best jugglers were generally the ones who were thick enough to not ask themselves why they were throwing things at the sky all day, or whether that was a good use of time. They simply kept at it until things stopped hitting the ground again. Those so ‘blessed’ were not necessarily the best entertainers (for that is a different skill), but they were the ones that ended up juggling 13 balls on a six-foot unicycle in a flaming top-hat.

With things like juggling and GTD it is best not to be too smart. Just get your body in the space and run the programme. All the intellectual horsepower in the world can’t help you with these things if you don’t do them.

Assuming that you have decent form and/or a system that works, the more ‘stupid’ you are, the better: if it is Saturday at 2pm, I’m doing pushups; if it’s 8am on a weekday, I’m processing mails; Friday 2pm, I’m doing a Weekly Review. Not thinking about it – doing it.

In doing the thing, I get better at the thing. Thinking about the thing repeatedly without doing it gets me zero benefits. Worse, I mostly just get to feel worse about myself for not doing what I (repeatedly) think I should be doing.

Much of our lives consist of habits, and our success – or not – is determined by the quality and consistency of practicing those habits. They don’t need to be smart, virtuous or otherwise – they just have to work.

In GTD we are suggesting that if you allow yourself to be stupid enough (some will have to put in less effort than others here…) to adopt some very simple habits, you will be able to exhibit some very smart results in the rest of your life. I’d give 15 free IQ points to the well-organised man or woman, simply because they can stop using them for fighting fires and re-allocate them to other, more creative, endeavours.

It is not sexy stuff, at all, but doing certain simple things repetitively definitely enables the things that have a much higher degree of sex appeal. Part of the art of success in pretty much any domain (but certainly for doing brilliant creative work) is to be really, really boring and dull some of the time.

If you want to dance on the stage to rapturous applause like Nureyev, you have to put in a lot of boring hours in a dank, smelly studio doing warm-ups, stretches, and twirling in front of a mirror until you want to throw up. If you want to paint like Goya, you need to spend a lot of time sketching things that no one will ever see, and making sure that you have the right painting materials prepared and ready to capture your vision on canvas.

In the art of work, if you protect (roughly) an hour per day for clarifying your ‘stuff’, and roughly an hour per week to bring your system right up to date and get the overview of all you have on, then you’ll have much more space to allow your intuition and creative genius to flow in your life. If you do the dull things in your life stupidly, you’ll create the space to be surprised by your brilliance.