Guest blog: Why GTD is for everyone - Next Action Associates
0 Items

Guest blog: Why GTD is for everyone 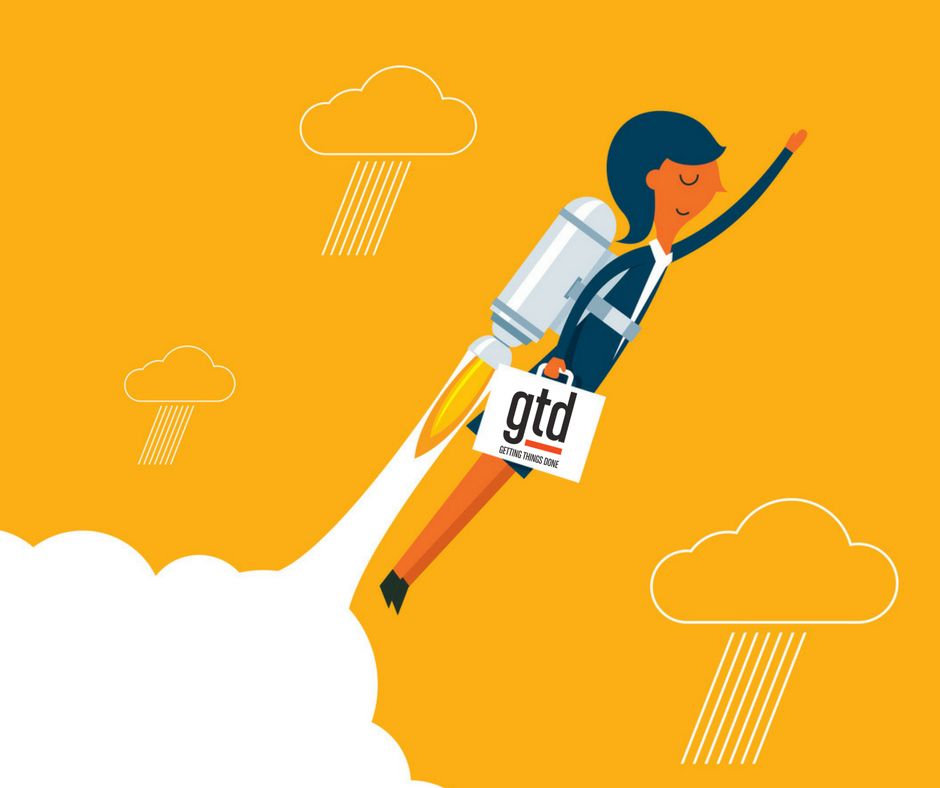 Karly Edwards is a Senior Secretary at KPMG, and discovered GTD as part of an internal initiative for partners at the firm. She soon adopted GTD herself and has never looked back.

I have worked at KPMG for 10 years as Senior Secretary, and for nine of those years I have worked for the same Partner – growing with him as his career developed, while navigating myriad changes in the structure and management of the firm.

However, as the partner I support climbed the career ladder, I too became busier and busier, and soon realised that I spent most of the day chasing diary dates and getting tangled in email strings, and never really getting to look at anything outside of my inbox or calendar. Just like with any other job, when you complete the same tasks day in and day out it can get a little mundane and repetitive. Your attention can slip, and sometimes things that may seem small and unimportant can be missed.

For example, on a personal level I would try and carry all my tasks, chores and reminders in my head, which would often get forgotten or muddled, leaving me frustrated and tense. I would realise I had missed that birthday yet again, or would arrive home having forgotten to buy something during my grocery shop.

This same problem applied to the workplace too, in what we kindly described as “organised chaos”. We were organised to a degree, but it was a bit hit-and-miss; despite all our efforts, sometimes things would slip through the gaps. We had no real structure to the diary or had scheduled catch-ups – these were just not seen as a priority when juggling a very busy diary. Any prep for meetings was always frantic/last minute and there never seemed to be any time for follow up actions after a meeting. We did some forward planning but it was limited, and it felt a lot like we were going around in circles without knowing how to break bad habits.

We were good, but we had a sense it could be better. The problem was that we didn’t know how to improve things, even after having tried lots of other methods. Worse, I also realised that because of the energy and attention I was devoting to keeping things on track at work I had no time to even think about personal aspirations inside or outside of work. I was ever more aware that I was in danger of getting ‘bored’ of my daily routine.

The change we were looking for then arrived. Nick (the partner I support) and some other senior staff were introduced to Ed at Next Action Associates, who taught them the principles of the GTD® methodology.

When Nick started to apply the method to his work, it changed the way we worked together. I was intrigued as it seemed to create lots of positive new ways of working, but I didn’t fully understand how it could help me at PA level; I assumed it was only useful for senior client-facing staff. After a while we had a conversation about it, and this led to a decision for me to have a session on GTD, so we could get the benefits of thinking and working with a similar approach. After first learning the methodology and seeing how much it could help me with my work, I have never looked back.

The change has been quite remarkable and the business relationship I have with my team now (which has grown to three) has been extremely positively impacted because of GTD.

Despite all our busy schedules, I am unfazed by the workload, even though I now only work four days a week! I leave work on a Thursday evening content, calm and happy that my cover for Fridays requires no handover, as we are now so organised that we rarely need extra assistance with our ongoing projects.

It now feels like we are seamless as a team and everything flows, that we are in sync with one another, and more often than not, five steps ahead rather than the one step ahead that we used to be.

I also feel that GTD has made me feel like a valued team member as I better understand what meetings are for and what is required for them. I also have the time to read documents and ask questions so I fully understand why the meetings/trips are required and what value they will bring to the firm.

We are no longer scrambling to find slots in the diary for the team due to the improved processes, and I can now provide allocated slots quickly and efficiently to internal and external clients, which helps to give a much more professional and polished appearance.

I also now have much more time, which has allowed me to pursue some of my own creative ideas within the firm; one of which is being a mentor to other PAs, where I have provided an insight into the principles of the methodology to assist with any time-management difficulties they may be having. I am passionate that GTD should be part of the secretarial on-boarding programme and a component of the core training for business support.

I understand that some people may be hesitant to learn new ways of working, especially longer-serving PAs who may have their own routines which they have carried out for years, but having experienced it for myself I can honestly say it is a fantastic learning curve for secretaries – whatever stage of their career they are in.

It’s a very flexible methodology and people can just take sections of it that they like or where improvement is most needed, or they can take on the methodology as a whole. And it isn’t just for ‘senior’ people; GTD really does work for everyone if they want it to.