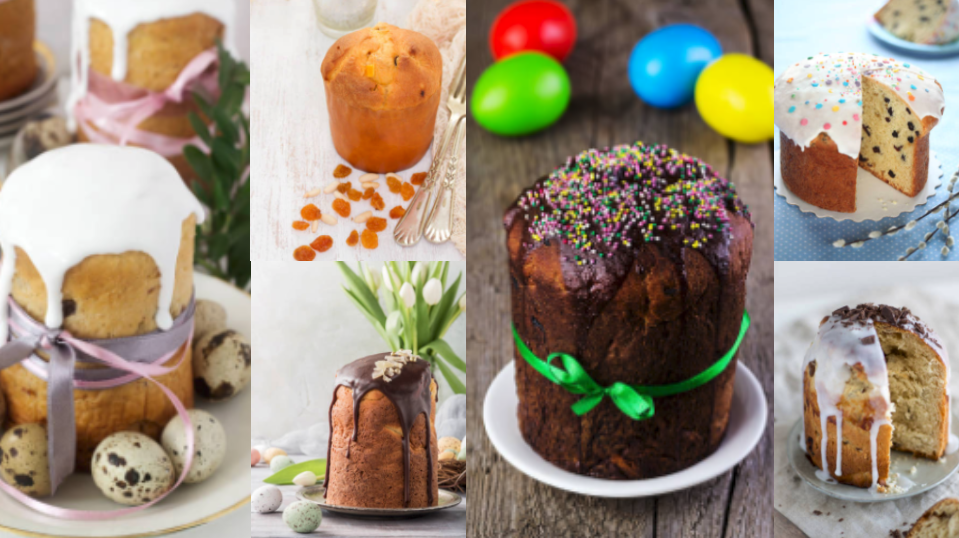 A few months back, a well-dressed Italian woman in her early sixties walks into a local Sicilian cafe in search of a panettone for Christmas. Having surveyed a ceiling sagging under the weight of dozens of them, suspended from festive ribbons, she tentatively enquires what kinds are available.

The hipster Italian kid behind the counter looks up from admiring his latest tattoo, and – with the air of a man who might have done this more than once – he lists all the available varieties:

She looks at the ceiling again, hoping for inspiration. Having grown up in a world where panettone came in one or two varieties, probably from a local bakery, she is clearly dumbfounded by the possibilities.

After waiting a moment, he asks which she would like.

He is unable to control the almost imperceptible scowl that precedes another run through the list, but he obliges. From his perspective age-wise she is near death, and it is the compassionate thing to do.

When he finishes the second time, she is clearly no closer to deciding. Finally – in desperation – she blurts out ‘Tradizionale’. That wasn’t on his list as an option, but the kid is no dope so he hands her a ‘Classico’ and takes her money before she can change her mind.

Welcome to the dixies, or teenies, or whatever we are calling the current decade. From coffees to Kitkats, we have way too much choice. It’s everywhere.

For example, movies. Growing up in the 70s in a mid-size city out on the prairies, if I wanted to watch a movie I had 10 choices max, and once I’d filtered for genre I was likely down to two to four choices. From there, after cross-referencing with the preference of whomever I was going with and the geography of local movie theatres, landing on what to watch was relatively easy.

No more. Today, with Netflix or Amazon (or both) I have pretty much every movie ever made at my fingertips, and the geographic filter has fallen away entirely. Guess what? I watch a lot fewer movies than I used to. The decision-making process takes longer than some movies. Same with music. Unless a particular song is calling my name, the selection has become so vast that I prefer to close the app and read a book.

Travel too. Over lunch the other day, a colleague – square-eyed and slightly desperate from looking at travel websites all weekend – complained about precisely this phenomenon: “If you can go anywhere and do anything, it doesn’t make it easy to choose, does it?”

This is true in pretty much every domain, and certainly in the domain of choosing what we want to do next. There are waaaaaaay too many possibilities, and it is easy to become overwhelmed.

Before getting stuck into solutions, it is worth acknowledging that all of this is a blessing. It hasn’t always been like this, and it still isn’t this way for much of the world. But it has definitely become a blessing of the ‘mixed’ variety for those living in it, day-in, day-out.

So, how to manage ourselves with all this choice?

First, I think we have to say ‘no’ much more often than we currently do. And probably much more vehemently than we currently do, so that people around us actually get it. If you are overwhelmed by how much you have on, who do you think is responsible for that? Hint: it is not your boss, your partner, the government or Netflix.

If all you do in your work with us is get clear on how much you have your plate already, I guarantee you that you’ll say ‘no’ more often than if you don’t know what you’ve said yes to.

If we get more granular, one of the ways we can say ‘no’ more is by simply Clarifying and Organising our ‘stuff’ more ruthlessly.

Some ways to say ‘no’ in that process:

If you do Clarifying and Organising at all, you cut down dramatically the number of things you look at more than once without deciding. That is already a huge win for a tired brain.

If you do those two steps well, you are also getting ahead of having to say no later on too. If you have your lists broken up into clear categories, they can help by keeping things out of sight that you want to do as soon as possible, but can’t do where you are with the tools you have at your disposal.

Another great way to keep your available choices to a minimum is to prune your system during your Weekly Review®. If you’ve stopped looking at your lists because they are too long, get some things off them that are simply unlikely to happen any time soon. Move them to ‘someday maybe’, or to your calendar if they are more time-sensitive.

Finally, you are probably going to want to start saying no to saying no. Even with the best GTD® game going, the volume we are dealing with is such that if we don’t reduce the amount of choices on the front end, we will be depleted by them. If you know that each time you decide – or don’t decide – you are using up some of your capacity for decision making, then it makes sense to – as much as ever possible – reduce the amount of unnecessary things you see in the course of a day.

Get yourself off distribution lists that you don’t need to be on, unsubscribe from lists you used to be interested in, delegate things and re-direct all correspondence related to that area.

With all that done, you’ll have a bit more peace of mind to enjoy your panettone – once you’ve selected it.