Something for the Weekend - Next Action Associates
0 Items

Something for the Weekend 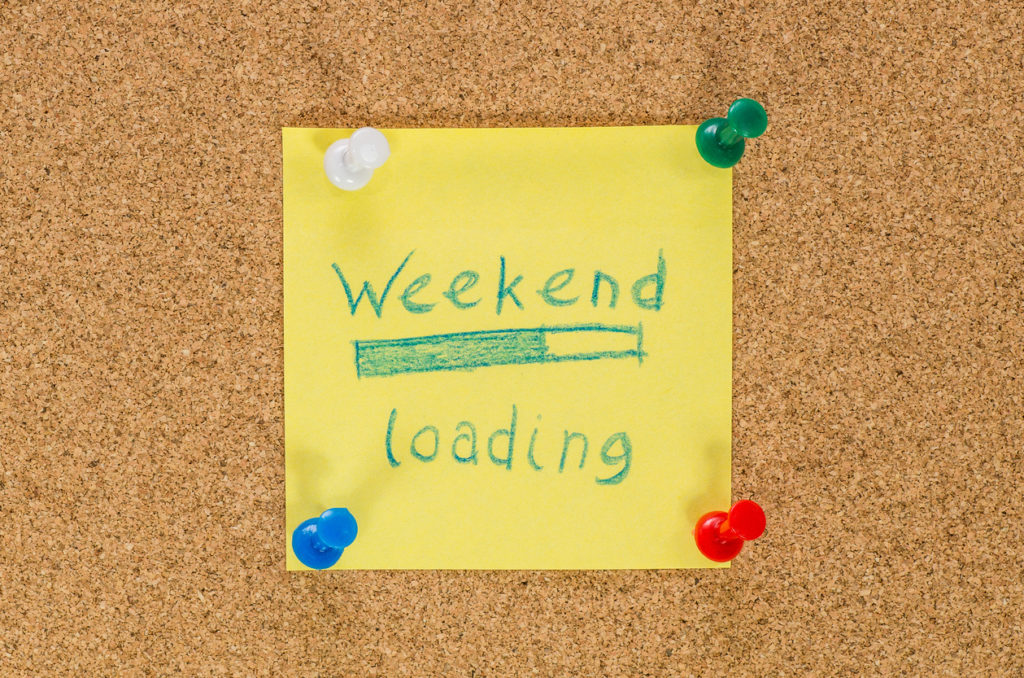 The email intrigued me somewhat. Not its content but its timing, as it had been sent at the crack of dawn on a Sunday morning.

The message, in reply to a speculative sales email I’d sent, said: “Thanks, but we don’t need GTD® here.” “Au contraire”, I thought, sarcastically, noticing the 7am timestamp, but once the pinpricks of rejection had faded, I searched for a rational explanation for these odd office hours. Perhaps they were on a business trip in a distant timezone such as Hong Kong or Beijing? Unlikely, I guess, but one thing is certain; weekend emailing doesn’t usually bode well.

Technology has helped to erode the natural boundaries that once existed between being at work and not being at work, clearly marked in the olden days by an office door that you could shut firmly behind you at home time.

Now the office is always just a click away. Even during sleep, it’s on most people’s bedside tables. Surveys tell us that 1 in 5 people have responded to work email after going to bed, and even if you’re not one of them, the mere presence of a smartphone next to your bed might be giving you what’s been called ‘anticipatory stress’ because it’s a reminder of everything it’s connected to.

In many workplaces, even if the policies don’t state that constant connectivity is expected, the culture does, especially when leaders… well… lead. Unfortunately, there’s a strong correlation between the numbers of emails that leaders and managers send at the weekend and the number of emails that their staff send. One CEO, according to a recent piece of business news that went viral, assessed job applicants by texting them on a Sunday and measuring their response times to determine their commitment. Aye caramba!

In an age of job insecurity, the fear of missing out or of being seen as insufficiently committed are powerful drivers of behaviour and stress. Just this week, BBC Radio Five Live had a morning phone-in on the topic of ‘Presenteeism’. The stories were brutal. Folk of all kinds dragging their tired, sick and even post-operative bodies into work because they were – basically – scared of losing their jobs. Or unable to look away from their email on weekends and holidays because of the imagined and, in a few cases, directly threatened consequences.

What to do if all this is depressingly familiar to you? In an ideal world, you’d have a conversation in your workplace about appropriate response times balanced against the need to switch off and come back fully recharged on a Monday to do good work. Starting that conversation was the intent of a law introduced in France early last year which bound employers to come up with clear policies and expectations for out-of-hours communication. Magnifique!

But if you work in a less enlightened geographical or organisational email culture, what else can you do? One thing that’s worth thinking about is responding slightly more slowly. Yes, slowly. Bear with me…

I’m not saying days later so you look incompetent, but maybe slightly slower than you normally would. Delaying your response introduces a pause, a breathing space before the conversation continues. More importantly, though, it’s sending a subtle reminder, between the lines, that it’s not Monday yet and that a quick response shouldn’t be expected. It’s an attempt to put a question mark in colleagues’ consciousness which, even if it only lasts a few moments before disappearing like a smoke ring, is better than just continuing to play the game at high speed.

The drafts folder is there to capture your thoughts, but the ‘Send’ button doesn’t have to be engaged instantaneously. That just adds fuel to the fire and accelerates the spinning of the vicious email circle if everyone else is doing the same. At the very least, with a delayed response, you’ll feel slightly more in control and not just living 24-7 at the end of a frequently and unpredictably yanked chain.

It’s about finding the right balance for you and, if you’re some way away from that place, taking baby steps to move towards it over time. If you’re already seeing serious problems of this kind in your work circles, start small by slowing your response times, work towards overnight replies, and believe that one day you’ll reach the promised land of a weekend away from your inbox.

Even if that destination currently seems even more distant than Hong Kong or Beijing, remember the proverb in those parts – ‘The journey of a thousand miles begins with a single step’, in this case, a step away from the ‘Send’ button.