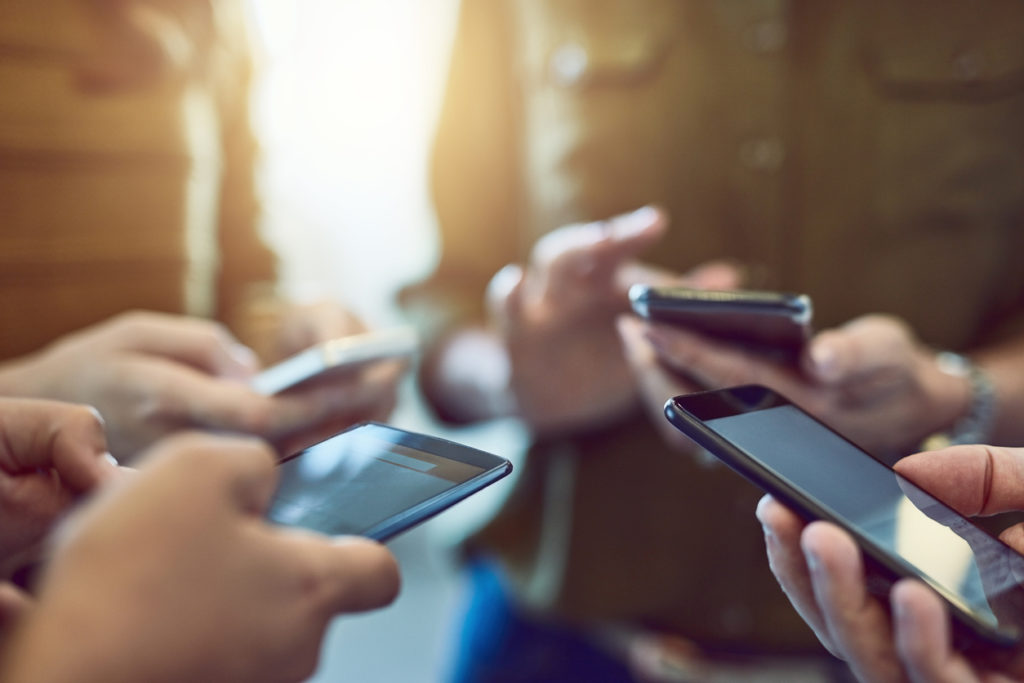 The question took me a bit by surprise. I was just settling in for lunch with my friend Dan. Pleasantries had been exchanged, and I was scanning the menu when he’d reached his wrist across the table and held it where I couldn’t miss it.

I was pleased to have a quick answer: “To tell you the time?”

“Correct. I just bought it. Cost next to nothing. It tells me the time. Nothing else.” He paused briefly, and then added, “Oh, and I just bought one of those analogue alarm clocks too. Know what it is for?”

I had a good feeling about this one. “To wake you up in the morning?”

“Absolutely. You are getting the hang of this now. Know what it doesn’t do?”

Plenty of things came to mind, and I was momentarily stymied by the sheer number. My hesitation prompted him to answer for me:

“No e-mail. No social media. Nichts weather, nada news, nyet navigation. My watch tells me the time, and the alarm clock wakes me up. That’s it. My phone can do both of those things impeccably, but once the phone is open I’ve noticed it gets a bit unpredictable as to when it gets closed again.

“I’ve taken to calling them ‘defeat devices’. Not in the tricksy automobile industry sense of something that prevents an emissions control system from working on a car, but in the sense that using them keeps me from opening my phone. That is their real value, because once that particular device gets opened, who knows when I’ll next come up for air.”

Dan Glaser is a neuroscientist, director of the Science Gallery in London and a seriously smart guy who – as a result – is pretty tuned into what is happening to our brains in a world of incessant digital stimulation. If he is taking these kinds of steps to protect his brain, I’m interested.

We moved on to other topics, but as many of my clients are struggling with this issue this conversation stuck with me. After lunch I got to thinking a bit more about what he had said, and realised that – perhaps due to my age, but mostly because I don’t like my phone gobbling my attention all the time – I’m actually using ‘defeat devices’ in a few areas of my life.

Apart from an anachronistic attachment to the timepiece on my wrist, there are at least three areas where I’m consistently using things to keep me from opening my phone.

1. Paper for note taking – if you’ve been in one of my seminars you’ll know that I’m still a major user. I love, love, love the jotter I carry around in my back pocket. As a result, it is probably one of the things that I get asked most often in a seminar: “Why would you write that on paper when you could just put it into your smartphone or xPad instead?”

Well, apart from the cultural appropriateness of grabbing a device while in a meeting or conversation (“Is he checking his mail while I’m talking to him?”), I find it less of a disruption to simply make a note on paper. It is significantly quicker on the front end, and – more importantly – it keeps me from seeing all the little red update dots on various apps that will then be pulling on my attention for the rest of the conversation I’m actually in.

2. Books, newspapers, magazines – yes, there is more, better, faster and more searchable news and information on my device, but frankly in the world we now live in that is not really a plus. I need curated content, and am happy to pay to not have to sift through all the junk. More important still, I can tell where I am in the document, and I know when I’m finished. Psychologically, those are both big wins.

3. Camera – of course my phone can take pictures. But, once it is open, who knows where I’ll fetch up next. A bit like the tourists on the Ponte Vecchio in Florence in Tim Harford’s recent piece for the FT Weekend. In his article, “How we can resist the seduction of the mobile phone”, he arrives at one of the most picturesque places in one of the most beautiful cities in the world, only to find masses of tourists staring at their phones. The phones were opened to take a picture of the amazing surroundings, then sucked in their owners to the point that they became oblivious to those same surroundings.

Of course the real defeat device for my smartphone would be my old dumbphone.

Know what it doesn’t do?