What Could Go Wrong? - Next Action Associates
0 Items

What Could Go Wrong? 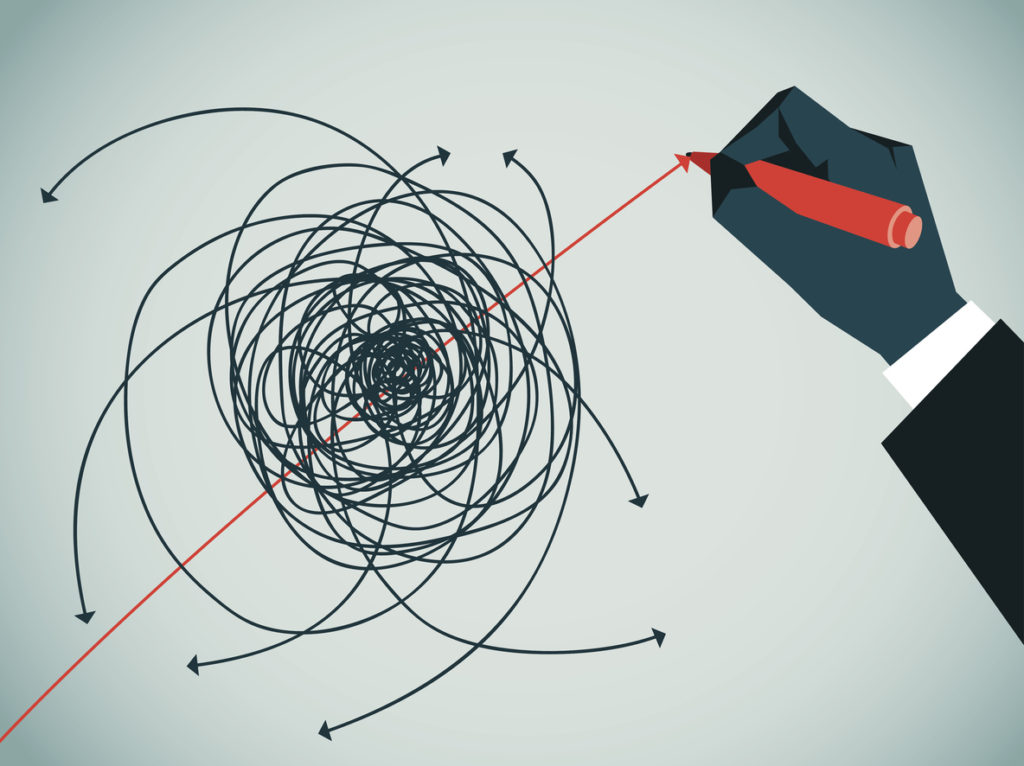 No part of me is more English than my need for a regular cup of tea. So, with the end of the webinar that I’d been delivering close at hand, my attention was turning to a hard-earned cuppa. For this reason, perhaps, I was caught slightly off-guard by the excellent question that popped into the chat window in those closing moments…

“Where will they struggle with GTD?”

I’d been briefing a group of European executive assistants on what their bosses were about to learn in a GTD® seminar in order to make them aware of the new ways of working that they were about to start seeing.

A pregnant pause followed since we were only using audio and therefore they couldn’t see my ‘thinking deeply’ face, but as I mentally reviewed some of my most recent coaching conversations, I identified a common thread in some of the teething problems I’d seen;

I proceeded to sketch out the beginners’ missteps that had come to mind in the minutes that remained, but the question continued to simmer as I sat afterwards with my brew.

So what could go wrong? The capture phase of GTD is one place where I’d seen some complications arise. Making a GTD system mobile with apps like iOS ‘Reminders’ or Microsoft’s ‘To Do’ can be a huge win for people spend their lives ‘on the go’, but it can take a while to realise the most helpful way to use them. Recently the joy of hearing a client raving about their new mobile set-up was tempered slightly when I realised they were sometimes using it to push raw, unclarified thoughts – and therefore vague, unhelpful reminders – directly into their lists. As my colleague Robert suggested in his blog last week, it’s easier, simpler and safer to initially push new inputs to some kind of inbox where they can later be properly clarified into specific next actions.

In the clarify phase itself, another issue I’d seen in a recent implementation workshop was someone being drawn into adding multiple next actions into their lists as they clarified their projects. It’s not necessarily a problem as long as the next actions don’t depend on others happening first, but if the use of GTD lists is still a fledgling practice then the resulting, longer lists can dilute the crystal clarity of specific actions to move each project forward. Fine if you’re accustomed to running with your GTD practices, but riskier and potentially harder to sustain if you’re still learning to walk. (If this is ringing any bells for you, then this blog might help, too.)

Speaking of bells, clarifying can not only be complicated by what’s in your head but also by the bells and whistles that are often presented to you in your GTD weapon of choice. Using the features of tools ‘because they’re there’ can easily add unwanted and unhelpful complexity that trips you up. A recent example of this showed up with a client who’d been dabbling with the start dates, due dates and reminders in their Outlook Tasks. The source of the temptation was understandable – the feeling that these tools would add safety and visibility – but for someone getting used to simply using the calendar as the place to track time-specific things like deadlines, tracking stuff in two places had become a distraction for her in itself.

Once your new system and your new thinking have settled into stability and consistency then bells and whistles that genuinely help you are fine, but when you’re getting started, often it’s best to keep it simple.

The elegance and simplicity of the core GTD practices are what give it its sustainability and robustness. As Mike Williams, former CEO of the David Allen Company, tweeted: “GTD is like driving. Simple rules and trusted systems can hold many types of complexity”. So, if your own journey has just begun, keep it simple to stay on the road to success.