Your Email Inbox Is All About You 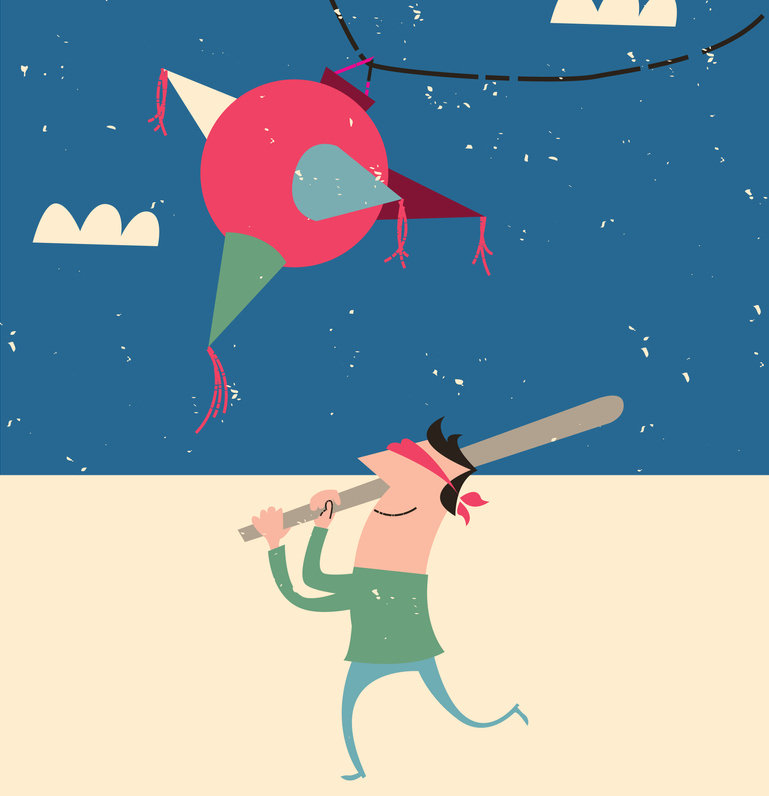 Growing up on the US-Mexico border, a feature of my childhood friends’ birthday parties was the piñata. For those unfamiliar, it is a colourful papier-mâché figure, ranging from a traditional donkey to a popular cartoon character, stuffed to the crêpe-paper gills with candy. Each child takes a turn swinging a bat at the creature while blindfolded, eventually smashing it open, triggering a rush to collect the fallen candy.

Candy is king in childhood – so much so that we would risk getting hit by a blind-swinging batter to get a jump on the scramble to collect it. But what if the piñata were filled not only with candy, but with some undesirable, even repulsive items as well? How would we feel about the piñata if it were all mixed up together in there?

I suspect we’d feel about the same way that most of us adults now feel about our email inboxes. That is, none of us are exactly risking a concussion to race toward that “Send and Receive” button first thing each morning.

Yet the inbox – like the piñata – contains some really good stuff. It’s where we get invited to parties, congratulated on successes, notified of promotions and more. There’s big-kid candy in there. So why all hatred towards the inbox?

In a recent New York Times article, KJ Dell’Antonia rhapsodised about ignoring an email to focus on being a better parent. In a rebuttal, Adam Grant likened ignoring email to ghosting a colleague in the hallway wanting to chat. Both of these reasons for either engaging with or ignoring email have to do with one’s relationship to other people. But there is an even more compelling reason to take a good look at how you handle your email inbox, which is your relationship to yourself.

Just because someone sends something to you, are you obligated to respond? The proliferation of spam in modern times leads us to a resounding, “No”. However, every new email you receive does represent a decision you need to make. You are therefore obligated to either make the decision about what to do with it, or suffer the consequences of doing nothing.

What are those consequences? In KJ’s case, she referred back to the email she was ignoring throughout the piece in the moments she was meant to be savouring. Ironically, it takes great energy to suppress the need to decide about something once it has come to your attention – often far more energy than it would take to simply decide or even respond at the time. That is, if something is relatively unimportant, why let it re-surface in your thoughts hundreds of times?

In discovering the GTD® methodology, some people’s lives have been changed simply by the “two-minute rule” – if a task or response takes less than two minutes to complete (which is longer than you think), one should just deal with it right away. Others have experienced an upgrade by discovering the delete key, or the simple word, “No”.

Saying, “No” or consciously choosing not to respond is a valid decision, and can dramatically improve your relationship to yourself. Plus, it lets you move on guilt-free and with full focus to the next item, which is tasty indeed. Not responding as a decision-by-default, on the other hand, will only compound the sense of guilt and repulsion you feel the next time you approach the inbox. You also get to drag that bad taste around with you all day.

So when that life-sized Bart Simpson effigy splits open and the cheer goes up, will you be racing forward, eager to pick out the good stuff and confident you can handle the rest? Or will you let it all pile up and hope it works out?

The individualist, cowboy, and American ex-president Theodore Roosevelt, who no doubt coined the phrase “speak softly but carry a big stick” in relation to piñata parties, also summed up the importance of email inbox processing quite nicely:

So do your inbox. But do it for you.