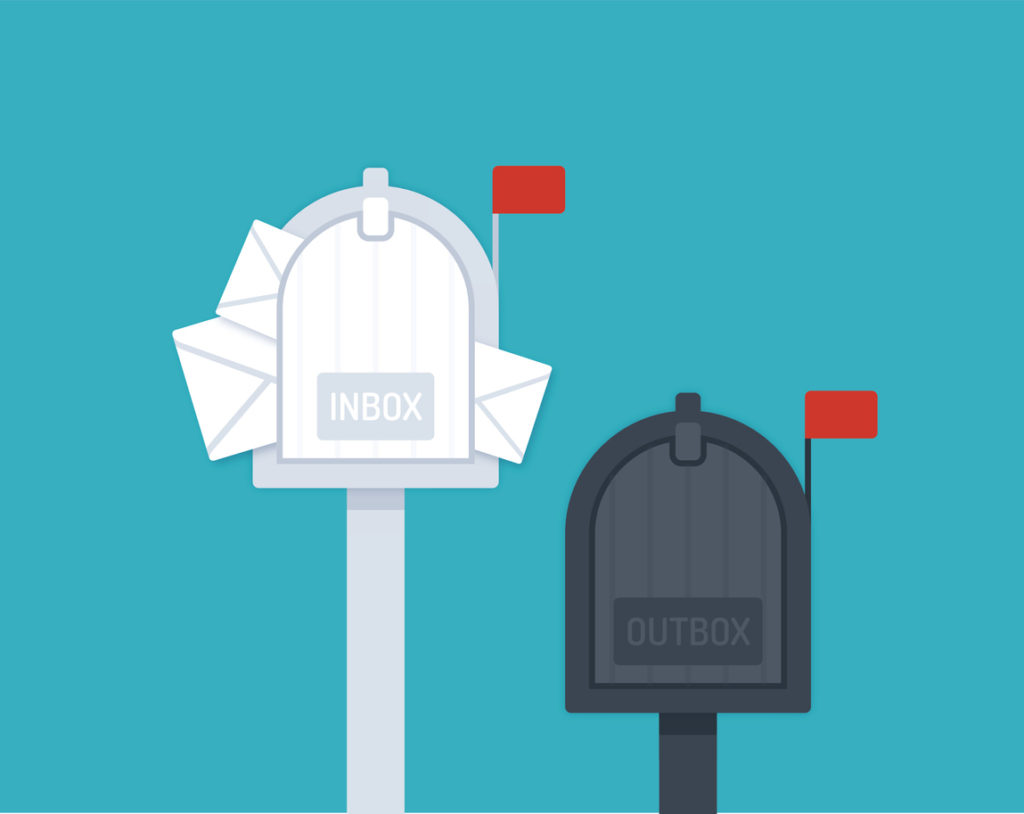 If Karl Marx had celebrated his recent 200th birthday with a trip back here to Manchester, where he studied the lives of the working classes in the 1840s, he might be forgiven for thinking that Communism had been a big hit after all. Why? Well, if he’d peered over the shoulders of modern-day working people at their laptop screens, it’s likely that he’d see a sea of red flags waving back at him. From their inboxes.

Flags are a common device for highlighting emails that have to be remembered, tracked or actioned. Similar tools are found in most email clients – starred items in Google Mail, for example – but red ‘follow up’ flags will be familiar to most people because of the dominance of Microsoft Outlook in the corporate marketplace.

As a GTD® trainer, the backlog of flagged emails is one of the most predictable sights in an Outlook implementation workshop. The conversation that then unfolds in those moments goes something like this;

Client: “What do I do with all of these?”

When you’ve heard this for the Nth time, you don’t need to be Sherlock Holmes to draw an obvious conclusion – red flags don’t work for most people. (The ‘N’ here also stands for ‘Numb’, which is the relationship that people tend to have with their collection of flags.) Flags are faithfully applied, with the best of intentions, but just doesn’t seem to work in reality.

The problem here is that flags simply don’t go far enough. What’s usually taking place when they’re applied is only part of what we do in GTD when we clarify new inputs. Half the process gets done – reading the email, deciding it’s actionable and flagging it so that it is separated from the non-actionable ones – but then… nothing else.

What’s missing is the final decision about what needs to happen, or the ‘next action thinking’ as we call it here at… er… Next Action Associates. It’s such a simple thing to do, but not doing eventually leads to that numbing and neglected backlog of flagged emails and the cloud of guilt that often accompanies it.

What’s more, not finishing the thinking encourages continuing the thinking, sometimes long after the day is done, because it leaves open loops in your mind. Another familiar workshop sight is a full set of hands going up when you ask, “Hands up if you consistently think about work at home”. Marx might marvel at the machines that have replaced the spinning jenny and cotton gin, but dominance of work over life would be much more familiar to him. In 1845, a 14-16 hour working day was common, and when your inbox is out of control it’s entirely possible that your brain’s working just as long as that. In 2019, your body doesn’t need to be at work for your mind to be there.

The creation of flags came from a good place (and I don’t mean Seattle). It comes from the well-meaning desire to give email users a helping hand to climb out of the black hole of their inbox, and, to an extent, they do. Having a manageable number of red-flagged actionable items is better than having to scroll up and down your inbox every time you need to decide what to do next. However, not finishing the thinking on those actionable emails tends to mean an inevitable slide towards an inbox that’s so full of red flags it’s like a May Day parade in Moscow.

So my message to you, Comrades, is that if you have a mass of red flags on your screen creating white noise in your head, the solution is to finish the thinking. Clarify the emails so that you’re looking at stuff that’s more helpful.

Or, as Marx might have put it, “Workers of the world, REWRITE!”