A Tale of Two Children - Next Action Associates
0 Items

A Tale of Two Children 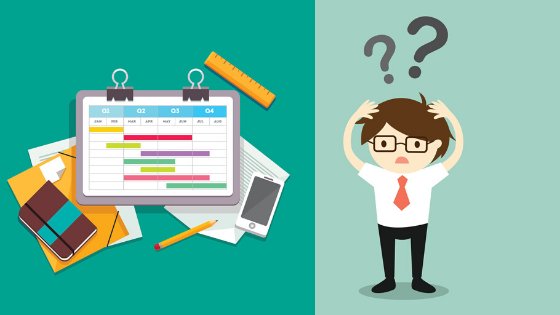 Any parent with more than one child knows that however identically you think you treat them, kids grow up completely different to each other. It’s a humbling realisation, how little influence you really have.

I have two children who have moved through high school two years apart. When my eldest was about to attend, we were quite concerned. How would this young person (occasionally affectionately nicknamed “bubble head”) even manage to get out of the door in the morning let alone find the right classroom in a school of over 2000 pupils. But something almost magical happened on day one in the new school. They were all issued with their “planner”, a coil spring bound book with tough plastic cover that contained their two-week lesson schedule, places to record every bit of homework including its due date, and a few other useful reference sections.

I saw a light dawning in that 11-year-old mind. “I don’t need to keep things in my head”. Within a short period of time, the rest of the family were put to shame by the clear to-do lists, weekly wall planner and general grasp of available time. Now the “external brain” had been discovered, it was here to stay, though as the years went on it would be replaced by a more comprehensive system of their own design.

(As an aside, no-one else in our family sleeps as well).

The other child in this story was the complete opposite. Before high school there was a cool, calm, intrinsic sense of organisation. It just seemed to come naturally. When the school revealed the magical bound planner, this child’s response was to shrug and almost ignore it. Within a few weeks, as the level of complexity of high school life started to bite, things started to fall through the cracks. Homework was discovered the night before it was due in, permission letters produced on the day of the field trip. Their older sibling was almost incredulous. “Why don’t you just use your planner? It’s so much easier!”. But the younger one continued to resist, and it took a couple of years of cajoling to install the consistent use of any sort of external means to track things.

It seems to be the case that those who are least naturally organised are more receptive to the idea of using an external system to help with the complexities of life. If they’re over 30 then they’ve often tried many different systems because they know that the way things are inside their head isn’t optimal.

My partner and I represent the same extremes as these two children. I have no natural propensity for organisation without some external system. When I first encountered GTD® I saw it as merciful release from the unstructured pile of things inside my head. It was the first system I had come across that openly acknowledged the problem that needed addressing.

My partner, on the other hand, is naturally more organised and uses (from my point of view, anyway) the bare minimum of external assistance.

I’m yet to be convinced that “inherently organised” people wouldn’t universally benefit from leaning more on external systems, but I’m pretty sure they’re just a little bit harder to sell on the benefits of such an approach.

I do know for sure that if I still carried round in my head what I used to carry round in my head, there’d be a lot less working memory for big picture thinking and creativity. And unless proven otherwise, it’s my base assumption that no-one really wants that.