How GTD® Enabled Me to Become a Digital Nomad 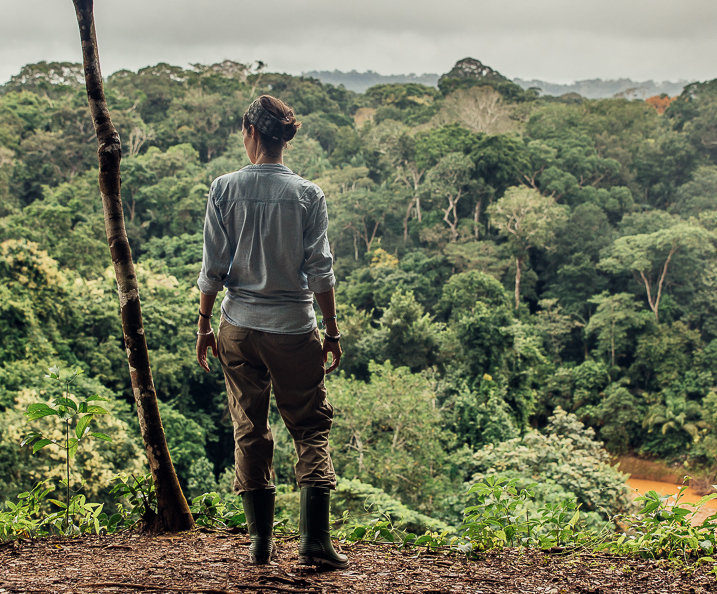 Linda first encountered GTD® in 2011, when she joined Next Action Associates to support the leadership of the organisation with…, well, everything needed to grow a start-up into a going concern. She loves applying the principles of GTD to support her nomadic life and various creative business ventures outside of the time she offers to Next Action Associates. She is passionate about travel, photography, wildlife and helping others live an adventurous adulthood.

I got my first taste of the travel lifestyle while I spent two years living in the UK. A city break here, a weekend in Paris there – I was in love. But due to my residency status I had to return to the US and was practically landlocked for five years in order to obtain my citizenship. Heartbroken and yearning for a different Iife, I spent the better part of five years dreaming of the ultimate freedom. Being able to travel when and where I wanted to, for however long I wanted to. It became clear that once I had my US citizenship, I would start to pursue the Digital Nomad lifestyle. So to no surprise, as soon as I received that blue passport, I decided to face my fears and make this fundamental change.

While the idea of selling everything and traveling the world as a digital nomad is a novel one, it is also a scary one to actually take on. Selling your house, your belongings, and leaving every bit of stability and security behind is not an easy task. And that’s before even getting to the overwhelming emotions attached to it.

A year after making that decision, I was boarding a one-way flight carrying all my belongings in two backpacks. However, without GTD I’m pretty sure it would have been a much more stressful and dramatic 12 months. Instead, I am able to look back on it almost fondly, and am now excited to help others do the same.

I had made the decision, but then found that the project of selling every bit of security was an emotionally overwhelming task. It was a cocktail of fear, excitement, worry, a bit more fear, and the recurring thoughts of “what if I’m making a mistake!?”. So how can GTD help in a situation like this? First off, I have to add in the disclaimer that I am by no means a GTD expert. However, I love the principles and have adopted these into my professional and personal life.

Through an organised list of next actions, calendar entries, and seemingly simple next steps, I was able to not only break down this massive life change into the minor and do-able, but it also gave me the confidence not to second guess my decision – you know, avoiding panic at all cost is generally a win!

Don’t get me wrong, there was the occasional break-down involved, but as with everything, I found GTD to be the safety net silently running in the background, always there to catch me when the emotional overwhelm became too much. On days of self-doubt and anxiety associated with selling the car or closing on the first house I ever bought, when I felt as if I had completely lost the plot or was making a massive mistake, I had a life (and sanity) saver. All it took was a quick look through my system, and the calmness would return. It’s all there. The next action of needing to list the car, the project of selling the house, and the higher horizon it was all leading to: living a location independent lifestyle.

Of course, GTD didn’t just help with the process of getting to that higher horizon goal. What about now, now that all of that security and routine are actually gone? This is where my system has really come into its own. Because it is in fact the only constant in my life. One week I am sitting on the coast of Panama where a slight breeze disrupts the WiFi signal and the next I find myself on a remote island in the South Pacific, joining a team meeting after swimming with humpback whales. And the most incredible part? My employer and their clients generally don’t know that I am not sitting in an office in London! The freedom I sought is absolutely a part of my life now, but the GTD structure has turned it into a viable and sustainable way of life. Without it, it would in fact be nothing more than an extended vacation and I would soon be washing dishes somewhere to make ends meet.

Instead, between all of the chaos I still have my safety net. My surroundings may change, but the fact that my laptop comes with me everywhere I go, means that my stability and routine are joining me in the form of my digital GTD system. It doesn’t matter if I am working through my lists on a Saturday afternoon because I spent Friday hiking the Amazon, or if I am doing my Weekly Review® from a small studio in Bulgaria. The stability now lies in my calendar, my tasks, and my zero inbox.

It’s a slightly different application of GTD into a real world setting, but take it from me: no matter how life-changing (or not) those projects and life choices are, GTD is your silent co-driver keeping things moving forward during a sometimes messy ride.