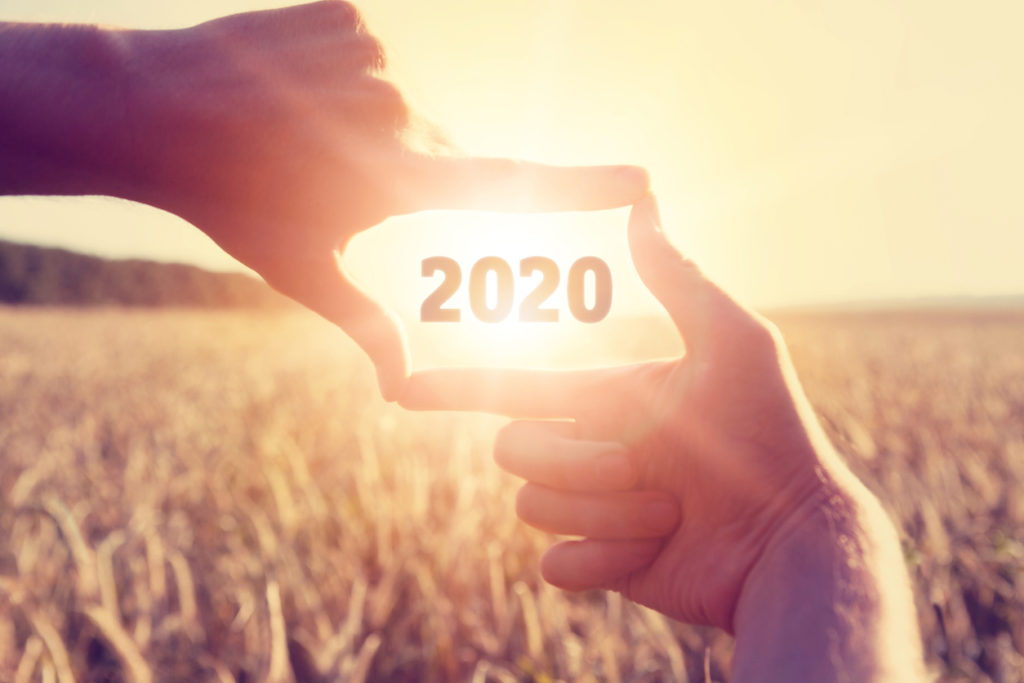 If ever there was a time to get our visions perfectly clear, it must surely be in 2020!

Often at New Year, people scout around for opportunities and ideas to add to their ‘Resolutions’ for the coming year. Trying to remember or think of great things they could achieve or take part in.

As I’ve worked with GTD® and become better and better (dare I say – obsessed) with capturing all the cool, amazing, exciting, wonderful, bizarre, endearing, intelligent, sweet, fantastic, adventurous stuff to do in this life, this New Year process is often now simply a more thorough review of my ‘Someday/Maybe’ list than I might do during a normal Weekly Review®, deciding what to make ‘active’ now.

However, this year was different. I realised that I had too much ‘active’ already. So many ‘active’ projects in fact, that it was preventing much ‘activity’ going on in them. So rather than New Year Resolutions, I needed New Year Refinements.

I considered afresh how to group my Projects; which Projects should be re-categorised as Goals or Vision and which should be put on hold or moved to Someday/Maybe. These are all conversations I have with people on our Level 2 Projects and Priorities seminars, and the fact that I ran more of these seminars in 2019 than I had in previous years was probably no small part in my deciding to do this work again on my own system.

Since first training as a Level 2 seminar leader with David Allen back in 2014, I have grouped my Projects by my Areas of Focus. The benefit I find from having them sorted in this way, and not just as one long list, is that it makes reviewing them more appealing and more effective. For example, it is immediately clear if I have no current projects for my health, for my extended family or for my career development.

The issue with this structure, however, was that I had broken things down into too many of my individual Areas of Focus which meant that in my system, I had to then open too many ‘folders’ to see the Projects. This was slowing down my reviews and even slightly building some degree of resistance to doing full reviews.

I decided to group Projects from several Areas of Focus together to give me fewer folders, always working with Einstein’s words in my mind: “Everything should be made as simple as possible, but not simpler.” So now I have Projects with my wife and daughter together with my extended family and those covering adventure, fun and culture mixed with health and self-improvement – as these often (hopefully) overlap anyway.

Considering carefully GTD’s definition of a Project as ‘any multistep outcome achievable in the time-frame of up to a year’ (usually in the coming weeks or months), it was clear that several of my larger outcomes wouldn’t be completed in 2020, making them Goals (1 to 2 years) or Visions (2 to 5+ years). Moving these to the correct higher horizons means I am still paying attention to them, will still review them (albeit less frequently than weekly) and it, importantly, means that the Projects which I am looking at are the ones I am committed to moving forward with this week, this month, this year.

One of my favourite quotes from David is: “The great secret about goals and visions is not the future they describe but the change in the present they engender.”

Having items on my Projects list which I know are stalled or not likely to happen anytime soon, will make me feel bad, regularly making me feel that I am not doing enough. Once these are seen as a Vision for my future, there is a positive change in the present, where my brain goes on the lookout for ways to make that future a reality.

Finally, some items on my Projects lists needed to move to either ‘Projects on Hold’ or ‘Someday/Maybe’. Some I was happy to downgrade all the way to ‘Someday/Maybe’ which acknowledges that my commitment to them is very low: I might do them, maybe. Others I really want to do, perhaps even by the end of 2020, but I know they shouldn’t be my focus in Q1/Q2; these I put in a halfway house of ‘Projects on Hold’: I will certainly do these, just not right now.

If you feel you missed the chance to tidy up your own GTD systems this Christmas/New Year break – don’t worry, it’ll soon be the perfect time for a ‘spring clean’.