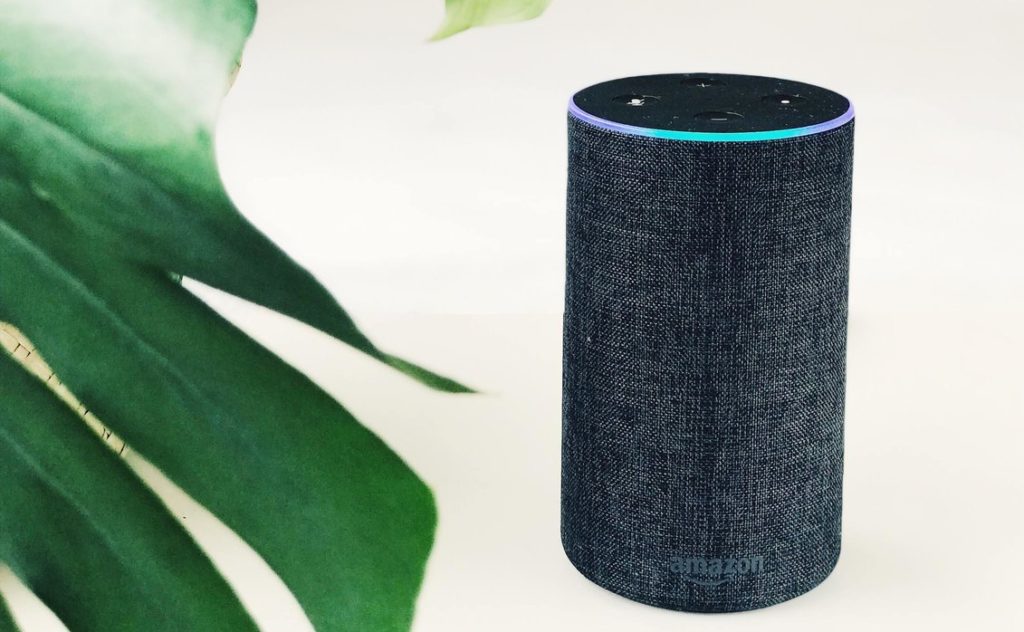 Recently a new lady entered my life and has changed it in ways that I didn’t expect. Her name is Alexa, and I’ll admit that when we met – on Christmas Day, under a tree – I was hesitant. I’d met her before but she hadn’t impressed me. To be fair, she had mostly been answering foolish questions for fun like “What’s the meaning of life?” (“A traditional answer is 42.”) or ‘Tell me a joke?’ (“Why did the football pitch become a triangle? Because someone took a corner.”). However, even with some marginally useful tasks thrown in, too, like updates on the football scores, I’d decided that I could live without her.

What changed my opinion, though, was discovering, while getting to know her better on Boxing Day, not only that Alexa could make lists, but also that they could be reliably connected to my GTD® system with a hyperlink to the Amazon website. This meant, importantly, that they wouldn’t just become forgotten ‘buckets’ like the notetaking apps on smartphones that most people usually fill and then forget about. A light went on in my head.

Alexa now had my attention, and soon I was even contemplating inviting her into the bedroom to replace my trusted notepad on the bedside table to capture thoughts in the darkness without the need to even move, never mind turn the light on and be catapulted wide awake. Perfect capture, I thought, although maybe not the best pillow talk if there’s someone in the room other than you and Alexa. That aside…

“The holy grail of usability is to build an interface that requires zero interaction cost: being able to fulfill users’ needs without having them do anything.”

In GTD terms, you might describe this as a reduction of ‘friction’. While GTD doesn’t mean you can have your needs fulfilled without doing anything, it does generally mean you can move things forward more quickly, more easily and with a lot less stress.

This is perhaps why Alexa often excels in the situations where physical friction is present, quite literally – writing a night thought in the dark, or wanting to add ‘more flour’ to a shopping list when your hands are all sticky with cake mix. The technology might not be able to interpret complex requests, but capture, as you’ll know from GTD, is just about getting ‘stuff’ quickly out of your head, and it doesn’t have to be complicated in these situations.

Whether you call it interaction cost or friction, it’s worth keeping alert to potential enhancements in your GTD capture practice so, with this in mind, here are some capture tools tentatively organised by ‘interaction cost’. How much do your capture tools cost, and could they cost less?

You might think that this last one is in the realm of Black Mirror, but this is where the tech is headed. Nielsen Norman, again; “While interface design is still far from reading people’s minds, intelligent assistants such as Alexa, Google Assistant, and Siri are one step in that direction.”

And where we’re headed is where I start to wonder, and shift uncomfortably in my chair. Currently it doesn’t bother me that Alexa knows I want to buy more cheesecake, but with sufficient data points and advances in intelligent interpretation, what about when she says, “Are you sure about that, Miles?” because I’ve already bought cheesecake twice this week? Or even worse, in the sinister manner of HAL, the psychotic supercomputer in Stanley Kubrick’s ‘2001: Space Odyssey’…

The inevitable improvement of this technology raises more important questions than cheesecake squabbles, though. We know from observing the rise and rise of the tech giants that on the internet, free isn’t really free. Data that we willingly supply about ourselves is being used to do everything from selling us things more efficiently to tipping the balance in tight elections and messing with democracy, as followers of the Cambridge Analytica story will know.

We’re the fuel that obligingly feeds a machine that knows us better than we know ourselves. It has implications for everyone, but are there extra concerns for those of us whose entire work and life management philosophy rests upon systematically creating a ‘second brain’ outside of our heads, a.k.a GTD? Picture a cackling Mark Zuckerberg sitting in his mountain lair, stroking your second brain on his lap as if it were the hairless cat of a Bond villain. Shifting uncomfortably yet?

“Alexa, remind me to write a blog about the risks of storing too many thoughts in the… oh, wait…”