Dealing With the Digital Riptide - Next Action Associates
0 Items

Dealing With the Digital Riptide 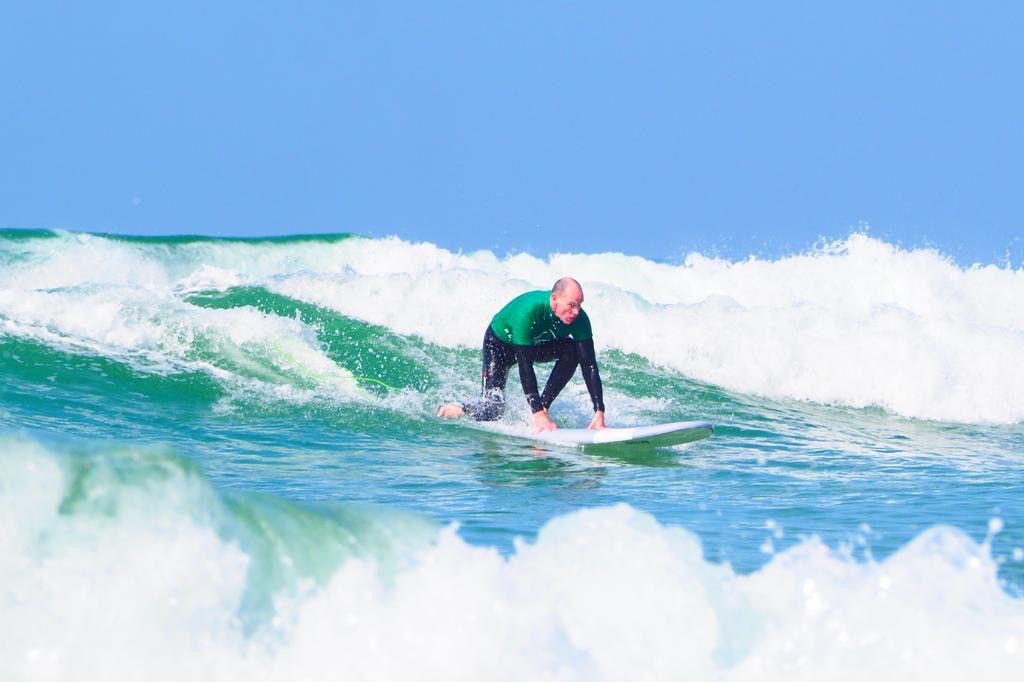 “I’m trying to get you the same result, but with less effort.”

I was surprised to hear this from someone other than myself, but I wasn’t the one coaching this time. It was Youness, my surf coach.

Under normal circumstances I’d have had a fair amount to contribute to what he’d said, but as my mouth was pretty much exclusively occupied with trying to catch my breath, all I could add to the conversation was a nod.

He continued: “You want to be having fun surfing, but you are wasting a ton of energy. I want you to do less work, and have more play.”

He then rattled off some of the ways I was wasting energy. The list of my surf sins is too long to list out completely, but included the following; timing my paddling through the waves poorly, over-paddling, pulling my board through the waves, and fighting the current rather than using it to get where I wanted to go.

“You need this energy for riding waves, not fighting with them. You need to be smarter, not stronger.”

This last comment was particularly harsh, given that I’d put about six years effort into trying to get strong enough to be on the Atlantic coast of Morocco, and able to get into the requisite wetsuit without pulling a muscle.

I knew he was right, of course. Twenty years ago I’d tried to learn to surf, but given up for precisely the reason he was highlighting: my ROIE (return on invested energy) from surfing was WAAAY too low. I was spending hours fighting with the waves and currents in order to eke out a few seconds of inelegant hand waving on a wobbly board. A decent workout, certainly, but not very fun.

I knew the theory of what he was saying, of course. Those of you who’ve attended one of our seminars will know that there is even a metaphor we use that involves surfing. The metaphor isn’t complicated: the waves (of work) are coming. You can’t stop them. But you have choices: you can play on them, or you can be pummelled by them until the end of time. Take your pick….

What I was experiencing was the live version of our metaphor. The theory of surfing? Easy-peasy. The practice? Not so much.

In recent seminars I’ve been developing the metaphor slightly. Work-wise, these days we are all standing in the equivalent of a digital mega-current. An increasingly strong one. Without a strategy for dealing with it, we will be swept off our feet. No matter how smart you are, how good your memory, this digital current is – like the ocean for a surfer – much, much stronger than you are.

Without a plan, you will be swept out to sea. So what does ‘swept out to sea’ in a digital riptide look like? Take your pick: checking your device first thing and last thing every day; being late and underprepared for all your meetings, scrolling up and down in your inbox flagging and re-flagging mails. Switching from e-mail to texts to WhatsApp to Teams in an attempt to restore responsiveness on your team. Prioritising interaction with people who are not present over people who are. Etc. As above, the list is too long to print in the blog form.

On my surfing adventure, the only thing that kept me from being swept so far out to sea that I’d have breakfasted in Barbados was Youness. He followed me around and gave me feedback on pretty much every wave I tried. He’d seen the classic errors I was making literally thousands of times, and was able to fine-slice what was happening and give precise and bite-sized feedback that kept me progressing through each day. Any time I actually managed to do what he suggested, he’d say, “Thank you, mister Ed”. When I took a particularly long time to learn something it was: “Thank you for your patience!”

With an expert guide, my learning curve was dramatically shortened, and my ROIE went up by several hundred percent.

For the real waves, you want to find someone like Youness. No one better. For the waves of work, we’re it. We’ve seen the errors you are making and the ways you are wasting energy thousands of times, and we know the fixes.

As above, you have choices. Another few years of the ‘more work, less play’ programme you’ve been running? Or maybe it’s time for some of that, ‘less work, more play’ stuff.

Thank you for your patience.