A Blizzard of Odd - Next Action Associates
0 Items

A Blizzard of Odd 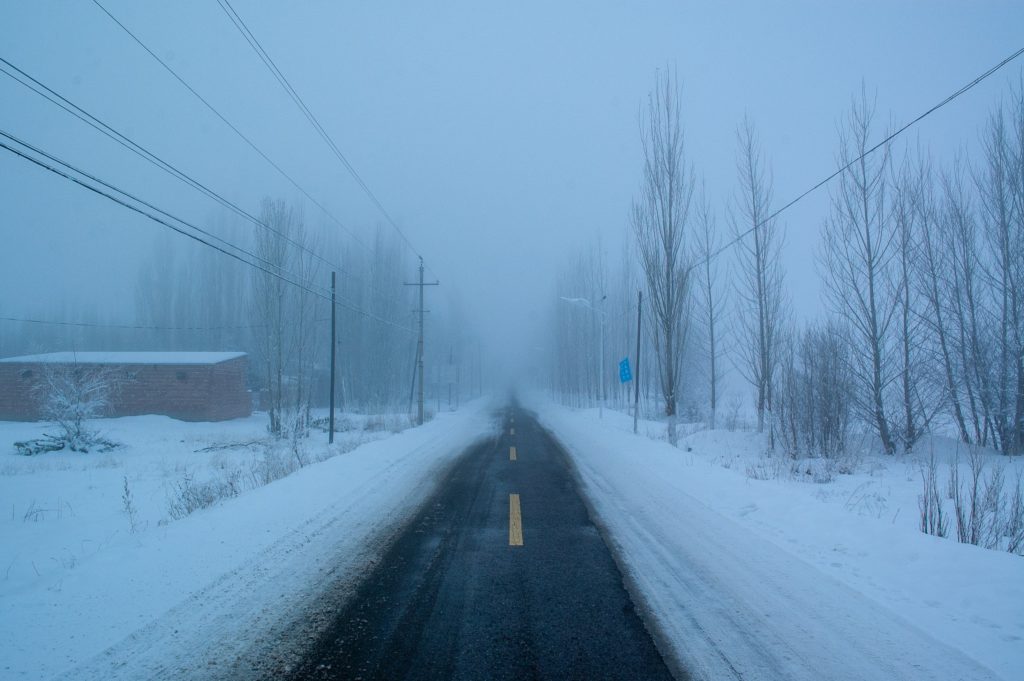 The lines in the centre of the road had become the key to survival. Somehow, within a matter of minutes, my life had been reduced to a series of yellow lines on the highway.

The huge snowstorm that hit the city – with all its streetlights and store signs – was a bit of a lark to drive through with all that illumination. But as soon as the last streetlights were enveloped in the swirling snow in the rearview mirror that lark suddenly became a real problem.

What was supposed to be a short drive across the prairie to a family dinner quickly began to feel life-threatening.  High winds whipped the snow out of the sky, across the fields and over the highway. Visibility had dropped to about 10 metres. The edges of the road were already covered in snow, and – what with the white snow on the ground, and white snow in the air – navigation became a moment to moment affair. In order to stay on the road, I was reduced to keeping an eye on those lines in the middle of the road, and I could only see one of them at a time. The relief at seeing the next one, and the next one, and the next one – and knowing I was still on track – was almost enough to counter the intensity of it all.

There was no slowing down. Every few minutes, another American sized semi-trailer would suddenly loom up out of the dark towards us, hoovering the swirling snow even faster across our windscreen. Terrifying, but they were almost reassuring compared to the thought of what might appear at speed from behind us.

Pull over? Well, you could, but you’d be part of a snowdrift in a matter of minutes, sitting and hoping that those truckers were well-rested and hewing to the centre line of the road.

It is Spring as I write this, but the whiteout experience has come back to me a few times recently as I’ve made my way through these past few weeks. I live in London now, so the whiteout doesn’t map well to the geography; weather-wise, fog is a better fit. With regards to the situation we all find ourselves in the words that keep coming to mind are, “feeling my way forward in a fog”. Some of my usual reference points have moved, and I don’t know whether they’ll be back in place any time soon.

I think that is why I’ve been incredibly grateful for the concept of next actions recently, because it feels like this virus has driven a truck through at least one of my higher horizons.

The first priority has to be to stay safe and look after the ones you love. If you are already doing everything you can on that score, what then?

Just keeping busy doesn’t sound right. Putting a pretty layer of busy-ness over unacknowledged anxiety rarely works. Appropriate engagement might be jumping into action, but could also be time for reflection. It might also be feeling a bit lost. As I speak to friends, family, and clients, the consistent theme I’m hearing is the attempt to make sense of what just happened and what it means for our respective and collective futures.

I think a part of appropriate engagement in the situation we are in is to be honest with ourselves about how we are feeling. Fear and anxiety are normal responses to epoch shaping events. Fear is the feeling that shows up in situations like this. Courage is what you do next.

In order to make that work, I do however need to know where to find the next actions. For that, it is useful to have a system, and a systematic approach.

These past few weeks have been challenging for us all, and I don’t know about you but I don’t feel like I’m working at my inspired best. GTD® can’t fix this situation, but continuing with the simple practices can be a huge help in navigating a complex and fast-moving situation. I can honestly say that it continues to offer me tools to be seriously productive, working on things where I can make a difference, despite all the uncertainty. This situation has served to clarify something that was only a suspicion until now: since learning GTD, even my least productive days are streets ahead of what I thought were my best before I found it.

Need some support during these uncertain times? GTD can help provide clarity, focus, and productivity while reducing stress and overwhelm. Find out more about our virtual seminars and coaching.