How I Lost 31kg With GTD - Next Action Associates
0 Items

How I Lost 31kg With GTD 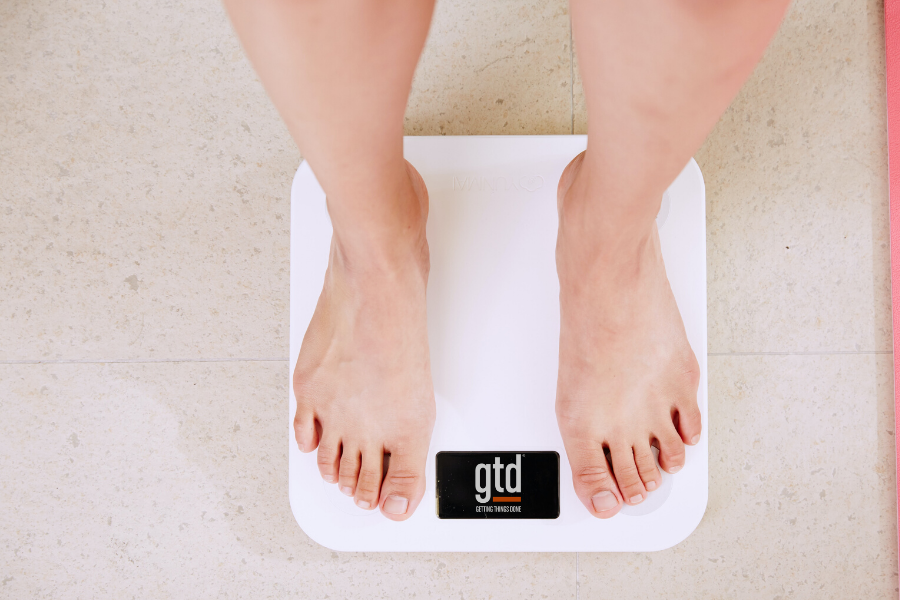 I’d like to tell you it was virtue, but it wasn’t. At a certain point, I just couldn’t take it anymore. The desire for change came slowly, then suddenly.

I can pinpoint the moment. It was when I saw a picture of myself with a seriously overweight dog on my lap. Lucy (nickname: Porkchop) was a ten-year-old Bichon Frise rescue dog, my mother’s constant companion in the last years of her life. Because mom’s short term memory had become extremely short indeed, lucky Lucy would get fed several times before breakfast, and then again several times throughout the day. The arrangement seemed to suit them both, but by the time Lucy had been with my mother for a few years she resembled nothing more than a thick white sausage with paws poking out the sides.

Back to that picture: Lucy in the buff, and me in my swimming trunks. Both of us easily 30% overweight. It wasn’t a pretty picture. That was when I knew something had to change.

When I saw the image of Porkchop and porkchump together on the sofa I was out on the far side of 113 kilos.

Earlier this year I tripped onto the scales at 82kg, and have basically bounced around that number ever since. I’m not quite half the man I was, but am just a workout or two off of being three-quarters of him.

Fear not, I will not push diet or exercise programme in any part of what follows. There would be no way to sell anyone on a programme that involves losing a measly 3-ish kg per year. People want results. Fast! But no matter what the newspaper supplements tell you in January, getting back in shape is not a 6-, 8-, or even 12-week project. Most people will need more like 1-2 years to get to where they think they want to go in terms of weight and shape. (And if you’ve noticed that you’ve been packing on a few pounds during the lockdown, you can, of course, add some time to that estimate. Sorry.)

That is why the working title for this blog was ‘Getting Things Done® (that take a really long time)’. It is the very length of the process that meant that GTD® was the key to making it happen. How so?

It freed up time and space

When I first found GTD I did what many people do. I noticed that it freed up more time and brain space for me…, so I promptly filled that time and space up with more work projects. Only after a few years did I notice that that strategy was not going anywhere good. It certainly was not going to get me the balance, fulfilment and relaxed productivity that attracted me to reading the book in the first place. Once I started using the time with more balance, GTD helped create the space to do the workouts/planning thereof/reading/research and other activities that support progress towards this difficult and long-term goal.

These two in combination kept the outcome I wanted on my radar week after week, despite it never being the most urgent thing in my life. There were pretty much always other projects that were more important and/or urgent than this one, but seeing it consistently helped me to keep moving forward with it, even under pressure. Over time, seeing the project at least once per week began to act as a powerful affirmation, which activated my creative subconscious to help me find ways to reach my goal.

Just like many other projects, this one morphed as I moved into it. The outcome needed to be desirable and feel achievable to be motivating, and at the outset that was different than later on in the process. From 113kg, wild – almost unimaginable – success looked like 95kg, but when I got closer to that number 90kg seemed to offer the right amount of stretch. Later – for a seemingly interminable amount of time – 87kg was the right number. Adjusting the number at the right time helped keep motivation high over time.

It doesn’t get any more basic – or powerful – than this. GTD ensured that at least once per week there was a next action for this project that moved me a step closer to my goal.

Reviews of my Areas of Focus helped as well, as – particularly in the early years – I was consistently confronted with the lack of balance between the different areas of my life. Health and fitness is one of those things that will take a LOT of neglect, but that eventually will demand your full attention if you don’t give it enough regular attention over time. That is no different than your key relationships or your work, but some areas shout louder (and pay more) than others, and the only way to keep the quiet ones on the radar is to review them on some consistent basis.

Some of you might be saying, “Wait a minute, I’m pretty black belt in this GTD thing, but this hasn’t worked for me. I don’t see it helping me get into those too-small jeans I bought to help motivate me to lose some weight.”

There is no more guarantee that GTD will deliver weight loss than a promotion, or get you less time at work and more time with those you love. Which of them it makes happen for you depends on what most has your attention right now, and where you are willing to invest your focus and energy over time. That it can do any of those things is simply amazing, and a huge testament to its power.