Moving Up An Octave - What More Can You Get From GTD®? - Next Action Associates
0 Items

Moving Up An Octave – What More Can You Get From GTD®? 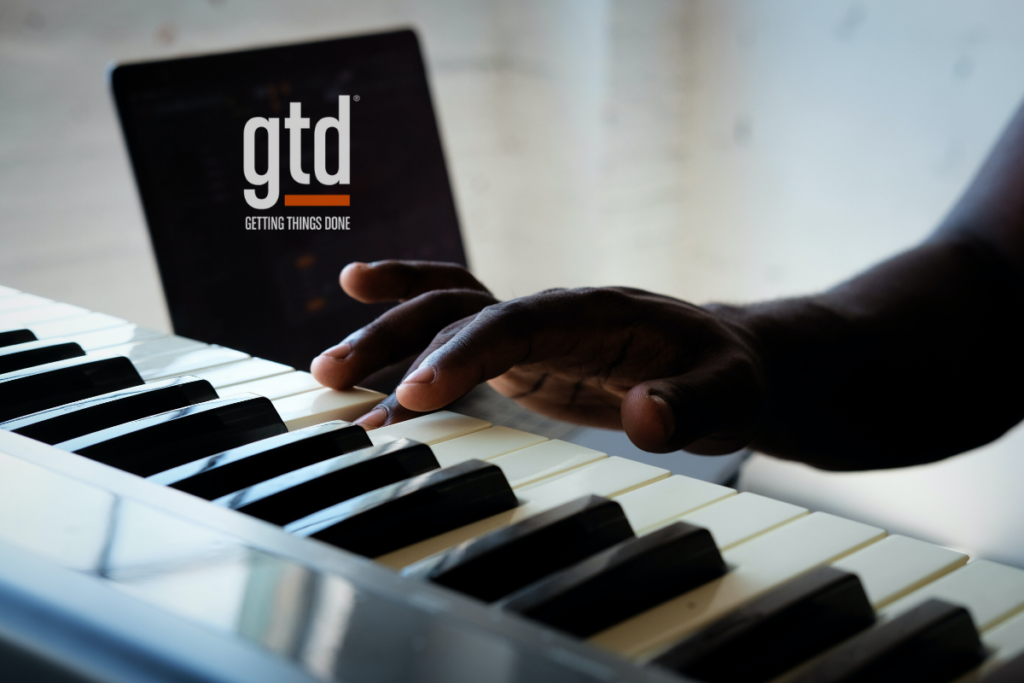 Let’s start with you answering for yourself:

What more do you want to get from GTD®; if you were to be coached – one-to-one by a GTD expert – what improvements would you hope to achieve?

This blog post isn’t about any ‘new’ GTD ideas, rather about taking another look at what’s already out in the world, as presented by David in his three books. Rereading ‘Getting Things Done®’ as well as the later ‘Ready for Anything’ and the even later ‘Making It All Work’ is a great place to start getting more out of this methodology. If you read them having answered the question above, you’ll also be using your reticular activating system which is discussed in Chapter 3 of the first book!

Getting Things Done is a simple idea. Simple yet very nuanced. Simple yet tough to self-implement. Simple yet endlessly stimulating for those of us hooked on living with a “mind like water”.

You can explain the Five Steps of Mastering Workflow in a couple of minutes, the Horizons of Focus® in a couple more and even give an overview of the Natural Planning Model® in a few more. However, this would be very broad strokes.

It would be like me teaching you to play the piano in a couple of minutes: “There are some white keys and black keys and you push them down to make sounds and there are also some pedals, which no one really knows what they all do”. Then you spend a lifetime learning to play List or Chopin properly.

David says, “there are no beginner moves in GTD”; no matter how advanced you become, you will still benefit from a simple mindsweep – just like a concert pianist benefits from practising their scales.

We can get better at each part of GTD and, importantly, at how we put the parts together. GTD as a whole is greater than the sum of the parts.

When I first read the book, I thought I understood it entirely and started getting benefit straight away. Years later, I found myself on a Next Action Associates’ seminar. Parts of the book had passed me by. I was getting more done and experiencing less stress from my basic implementation although I had stopped my development. I left the course inspired to take another look at ‘what more I could get from GTD’.

Have you stalled? How can you start again? Simple – tidy a drawer – get out your labeller – get your email back to zero – but you’ve done that before.

Many people love the promise of GTD to quieten the chaos in their heads. Then things can get a bit stale, a bit safe. David says that if you “aren’t falling off the wagon regularly then you aren’t playing a big enough game”. This same person, who helped get everything in order, is now encouraging you to throw yourself off balance!

David also says we’ve got to “make it up and then make it happen” – with the very generous and scary parameter that our goals and visions only need to be 51% believable – and follows that up with “the better you get the better you better get” because, once you start to see your ideas being realised, more and better ideas will come and, when others recognise you as someone who gets stuff done, they’ll give you more stuff to do.

Learning piano as a child, I would have the same pieces for what seemed like forever. Most of what I play now, I was playing when I was 11. It got boring and stale and I rarely practised starting new pieces. My seven-year-old daughter started piano lessons about a year ago. Things were how I remembered: the same pieces over and over. Now, in this lockdown, she is learning from an app on an iPad. Apart from the fact it tricks her into thinking she’s getting ‘screen time’, it is fast, she plays three or four new pieces a day. Just as she gets comfortable, it moves her on. She falls off but she is already practising getting back on and, wow, has she improved.

What has changed for me over the years with GTD? What more do I get out of it today as opposed to ten years ago? I play more pieces (Projects). Rather than feeling that my system is well-rehearsed and safe, I start fresh pieces, I play different styles by applying it more widely across more areas of my life: professional and personal and not just boring admin things: fun things, adventurous things, exciting things, creative things.

My early Weekly Reviews focussed on ‘Get clear’, then later just ‘Get Clear’ and ‘Get Current’ and, only in the last few years, have I struck gold by allowing myself time and space to ‘Get Creative’. Review your Someday Maybe lists and come up with some new, exciting, hare-brained ideas to practise and take your own playing up an octave.