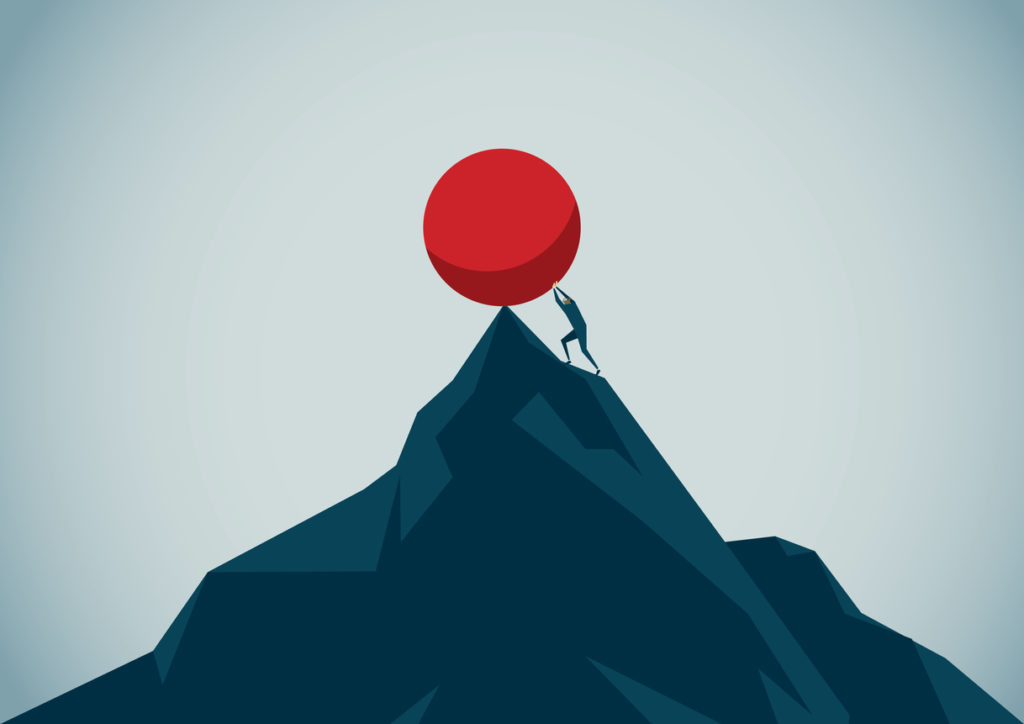 There was a time when discipline and willpower were seen as the keys to making the consistent behavioural changes that would lead to success. Implicit in that belief was the idea that success was linked to your inner strength – your ability to get yourself to do things you didn’t really want to do. If you simply huffed enough willpower, and puffed enough discipline, any doors inhibiting performance would eventually blow right over.

Those ideas are not entirely false, but in the intervening years much of the research into change has pointed in a different direction. The results of more recent research show that if you want to change your behaviour – and performance – you’ll want to pay less attention to your willpower, and much more attention to what your environment allows or encourages you to do consistently.

On one level, this isn’t complicated: we all know it’s easier to go for a run when all our mates are heading off for one, just like it is almost impossible to not eat available cupcakes if everyone in the room is getting stuck in.

Similarly, the attitudes, habits, and standards of the people around us also play a huge role in our personal performance.

In the impenetrably titled – but seriously fascinating – paper, ‘The Mundanity of Excellence: An Ethnographic Report on Stratification and Olympic Swimmers’, Daniel Chambliss found that one of the key factors that drives excellence in competitive swimmers was quite simply the environment that they found themselves in:

“It is not by doing increasing amounts of work that one becomes excellent, but rather by changing the kinds of work. … Athletes move to the top ranks through qualitative jumps: noticeable changes in their techniques, discipline and attitude, accomplished usually through a change in settings, e.g. joining a new team with a new coach, new friends, etc, who work at a higher level.”

He found that much more than ‘talent’, mono-maniacal focus, or working ever harder, it was the social and athletic environment that swimmers found themselves in that played a huge part in how they performed.

This is also true if you want to perform at the highest level as a knowledge worker. Finding, or creating, an environment that supports healthy high performance will be a huge influence in determining individual and team performance levels.

This insight was part of what moved one of our clients to recently take time out to consciously lift the shared working standards in their team. After several years of offering GTD® seminars to individuals in the organisation, they saw that there were unrealised team benefits available from the time and effort they’d invested in GTD. They had already put a critical mass of people through our Level 1 and Level 2 seminars, but they had not yet focused those newly acquired individual skills on a shared goal.

Having been exposed to the concepts and practices of GTD, they were – as a team – more aware of the gap between best practice and mediocrity in handling workflow, and there was a shared desire to raise their collective game by establishing clear guidance on what was expected from individuals on the team and in interactions between team members.

Senior leadership in the organisation took time out to reflect and decide on what they wanted in terms of working standards on the team. Here is a small selection of the kinds of things they came up with:

Identifying the desired standards is, of course, only the first step. They’ll need to be communicated well, sold persuasively, and – most importantly – lived day-to-day by the leadership of the team.

No one would claim these things are rocket science, but they don’t have to be new and exciting to have a dramatic impact on team performance. Chambliss again:

“Excellence is mundane. Superlative performance is really a confluence of dozens of small skills or activities, each one learned or stumbled upon, which have been carefully drilled into habit and then are fitted together in a synthesized whole. There is nothing extraordinary or super-human in any one of those actions: only the fact that they are done consistently and correctly, and all together, produce excellence. “

What our client had seen was that achieving that kind of excellence happens in a similar way for a team as for an individual. Establishing and communicating some very simple standards – along with the skills to meet them – will contribute to an environment that supports individual excellence, which will raise the standards again, which will drive team excellence over time. A lovely virtuous circle.

Working standards don’t have to be new, exciting, clever or complex to have a dramatic positive impact on performance and the experience of working on the team. People just need to be trying to hit them, consistently, over time. And that – just like running with your mates – is a lot easier when those around you hold the same standards as you do.