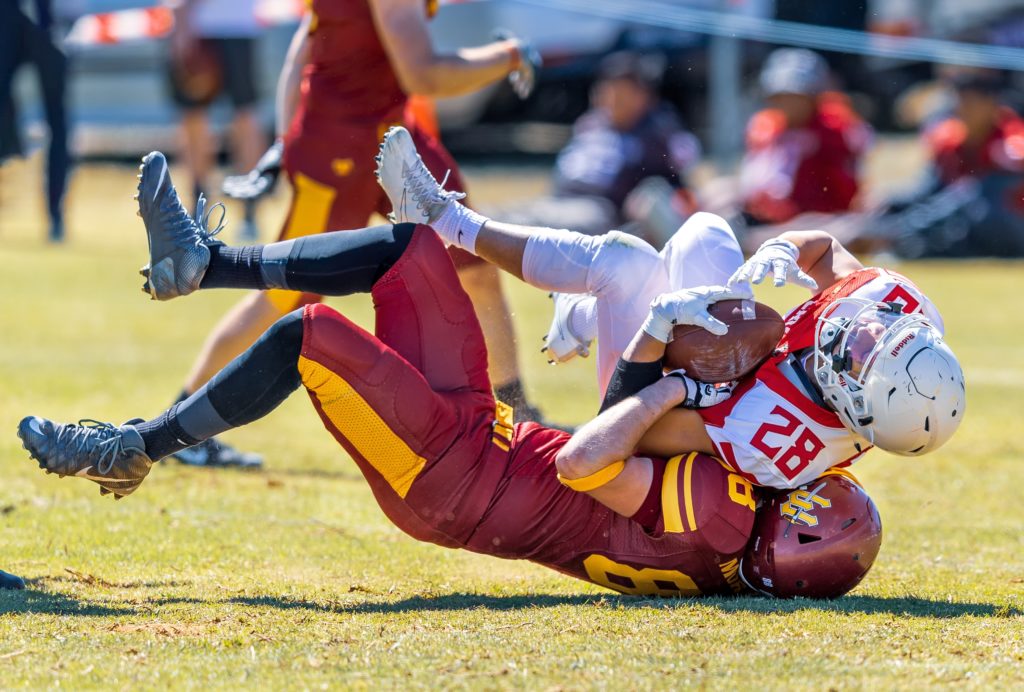 Dr. Daniel Glaser is a neuroscience expert and has held leading scientific and research positions at University College London, Wellcome Trust, King’s College London. He is an accomplished speaker and long-time advocate of the power of GTD.

A few weeks back, after a talk I had done on the links between GTD® and neuroscience, my friend – and erstwhile coach – Ed Lamont and I got to talking about neuroscience, sports and GTD, as one does.

Specifically, we were talking about American football.

Ever seen a game?

To my European eyes, it seems to involve lots of men the size of fridges crashing into each other in pursuit of a rugby-esque ball for hours at a time.

There are many roles on the team, but to move the ball quickly down the pitch there are two key players: the quarterback, and the wide receiver. One throws the ball, and the other catches it. If they do that well, then they can move the ball down the pitch and get close enough to their opponents’ end to kick a field goal, or get all the way to the other end and score a touchdown.

The ball in question is oblong in shape.

If the quarterback throws the ball well, it spins through the air on its longitudinal axis, like a bullet. The wide receiver need only look over his shoulder at the appropriate moment, make a cradle with his hands and catch the ball without breaking stride. A thing of beauty when well-executed.

If the quarterback throws the ball poorly, it might end up wobbling through the air, end over end and sideways, and be headed three metres to the left of where the receiver has run to. That takes a lot more effort from the receiver, makes it much harder to catch, and the completion rate of such passes is much lower.

In neuroscience we call this process ‘prospective memory’. Normally we think of memory as being a retrospective process, reanimating thoughts and impressions from the past. But sometimes we find ourselves knowing that we’re going to want to recall something in the future. It turns out that the emotional associations we build into the memory alter how effectively we can bring it back. Positive emotions help. They give it the right spin.

But to get the best performance out of your prospective memory you shouldn’t be relying on your brain alone. That’s because it takes attentional load to keep things actively in mind. Putting them into an external system we trust liberates mental energy for other tasks.

The packaging of the prospective memory matters, so if what you do is, for instance, simply turn an incoming email into a task, but don’t change the subject line to something that relates to what your next action is, then you’ll have to work much harder – like the wide receiver trying to catch a poorly thrown ball – than you want to when you go to deal with that task.

If, as quarterback of your life, you have taken the time to be thoughtful about clarifying and have put a clear and compelling next action in the right place in your trusted system, you’ll make things easier for your future wide receiver self to ‘catch the pass’, move into action and complete those tasks.