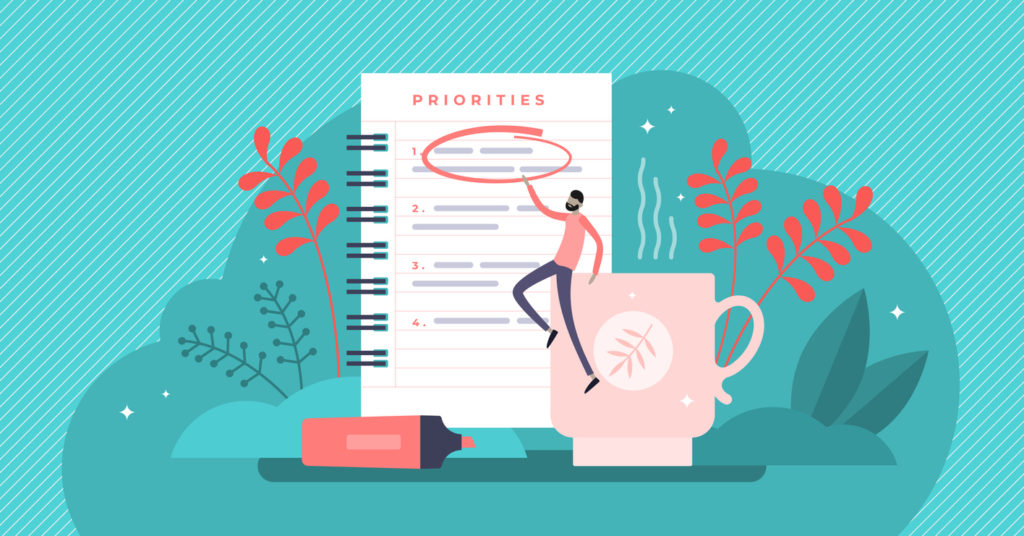 Hands up if you ever feel that you spend more time ‘playing’ with your GTD® set-up than being meaningfully productive?

You know the saying: “If you want something done, ask a… person who is regularly, repeatedly and reliably engaged in their productive experience; in their flow state; hitting it out of the park; cooking on gas; firing on all cylinders!”

Now this person may also be busy, although they are probably not worried or stressed about how much they’ve got on. They just get on with what they’ve got on.

“Much of the stress that people feel doesn’t come from having too much to do. It comes from not finishing what they’ve started” – David Allen

When you’re managing hundreds of things already, one added item just gets moving along with the rest, carried in the current of the flow. People recognise this, be that your boss, your colleagues, your partner, family members or friends: they see that you are a reliable pair of hands and you’ll be asked to do things that others could do, although probably not in as timely a manner as you will or without being chased. Completing these things will then lead to even more things being handed to you and hence David Allen’s observation: “The better you get, the better you’d better get!”.

No matter how you came to Getting Things Done®, whether from reading the book, attending a seminar or being coached, the first thing you will have done, once you understood the benefits you could get from changing your ways, is to have built your GTD system; your lists.

For all of us, this meant a lot of time learning and practising the Capturing, Clarifying and Organising phases and then sitting back and Reflecting on what we’d created. Then, more often than we’d probably care to admit, we’d go back and tinker with the choice of our lists, the naming of our actions and projects, and try out different digital tools to see if they work any better for us.

This may explain why, for many people, these first four steps of the ‘Five Steps of Mastering Workflow’ feel like GTD. Getting Things Done is reduced to getting email to zero or having a fancy app syncing between a computer and phone. There is certainly great relief and benefits from not keeping all our open loops in our heads and in our inboxes; externalising these so that we can decide what we need to do about them when they show up, placing reminders somewhere we trust and then reviewing the totality of what we have on – although none of that, on its own, gets us any nearer to achieving our projects, goals and visions of success.

For that, we need to spend quality time in the Engage phase, where we are actually Getting Things Done!

With the first four steps, you build world-class lists; lists on steroids! With the fifth step you use these lists to actually move the world in the direction you want to take it.

“I feel that luck is preparation meeting opportunity” – Oprah Winfrey

In a previous blog on using your calendar to help build your ‘GTD muscles’, I recommend blocking out chunks of time for the various steps of workflow, including ‘Engage’. I have recently been working with someone, however, who found it useful to go even more granular, and added into his calendar which lists to work on and when.

He knew that his ‘@email’ list had gotten too long for his comfort. I’d like to say that this was because he was completing his Weekly Reviews® but the sense of unease about the length of his lists was actually making him not want to look at them at all. I suggested blocking out a morning to just work from his ‘@email’ list and nothing else. He reported back that he felt like he’d “lost a 20kg backpack I’ve been lugging around”. He started at the top and went down the list. Some items he left on the list because they could wait till later and, for the rest, he simply completed the Next Action he’d set himself, got in the productive experience and powered through.

“Resolve to perform what you ought. Perform without fail what you resolve” – Benjamin Franklin

With these lockdowns hopefully soon coming to an end, let’s shape our ‘new normality’ by improving how we engage with Engage.