How GTD® Can Help in a Business Turnaround 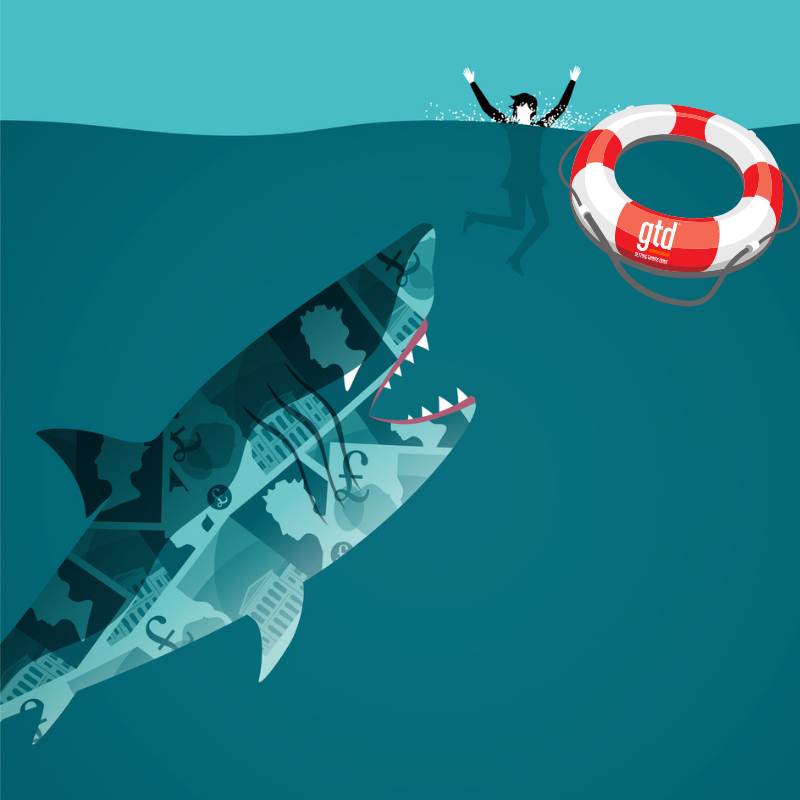 When a business is in a cash crunch, collecting overdue invoices is one of the things you’d expect to be a top priority in the organisation. Strange as it might sound, that is not always the case. One leadership team I heard about recently was so busy fighting insolvency that they forgot to prioritise the collection of overdue payments. Big payments. Hundreds of thousands of pounds worth. Payments that would have given them critical breathing space in the situation they were in.

On one level that is very human; in what feels like an existential crisis, many of us get tunnel vision. In this case, they couldn’t keep the wider focus needed to both handle the turnaround and keep the day-to-day business processes ticking over at the same time.

Part of the challenge is that a turnaround situation exposes weaknesses in the business, weaknesses that were perhaps previously hidden by a healthy cash flow. One weakness that gets some organisations get into difficulty is that they aren’t very organised at all. For many companies, ‘dis-organisation’ would be a better fit as a descriptor for how they are going about things.

Another weakness that is exposed in a turnaround situation is a lack of speed and responsiveness in communication and action on the top team. In a turnaround, there is no room for error, no margin for dropped balls, and any lack of responsiveness simply adds to the urgency of an already critical situation. Quite often it’s one or two key disorganised individuals who have a disproportionate impact on the rest of the team’s ability to execute under acute time pressure. These people are ‘blockers’ on decision-making, approving new initiatives or authorising payments. When times are good, these things are an irritation. In turnaround, they can mean the difference between continuing to trade and going over the edge.

Being in a turnaround situation is a high-stakes version of what most people experience all the time: too many problems, coming at them way too fast. Without a systematic approach to handling all of the moving parts, it can simply feel like chaos. Here are some simple, immediately accessible things that will help:

In many cases, not doing things like the above is precisely how a company gets into trouble. Too many ‘non-urgent’ topics simply don’t get enough attention at an appropriate time. Many of our clients complain that they resent fighting fires in their businesses, until we point out that they are probably their own arsonists. How so? Because when we clear out their inboxes with them it becomes clear that they have been ignoring dozens of important topics because they have been so consumed by the urgent ones.

Ideally, making sure that all key players know how to keep on top of their workflow is taken care of well in advance of any turnaround situation. If so, the leadership team will have an inbuilt fire alarm system to stay ahead of any self-created flames. But even when serious problems arise, a little focus on individual and team workflow will support greater responsiveness and offer a better perspective on the scope of the problems, big and (seemingly) small. For our friends with the uncollected invoices that perspective would have offered a bit more liquidity as a financial fire break in a difficult situation.