Goals to Get Out of Gaol - Next Action Associates
0 Items

Goals to Get Out of Gaol 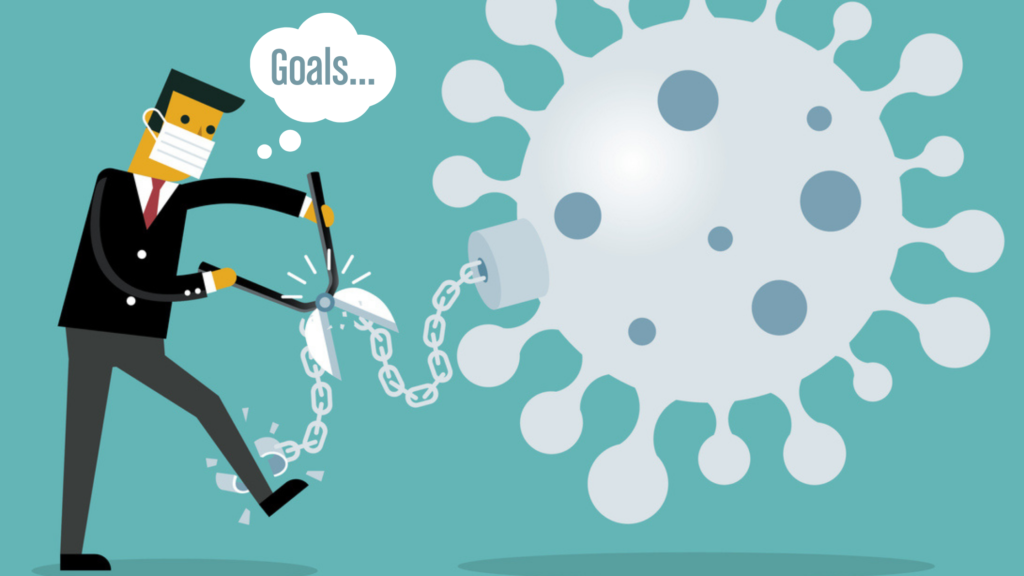 At the start of this Covid time, there were many GTD® articles about reviewing your Higher Horizons. Suddenly the Projects you thought would be your focus for the coming months were on hold and Next Actions needed to be moved to new lists with names like ‘post pandemic’.

The Higher Horizons were more stable: your life’s purpose probably didn’t change with the onset of the pandemic. There was soon talk however of how good it was to have Next Action lists, giving a short-term horizon to focus on in all the madness.

Now, hopefully, we are near the beginning of the end of this imprisonment of possibilities, and my suggestion is to risk poking your heads above the parapet and once again consider your longer-term goals. Goals for your jobs and your work, for your loved ones, and for yourselves.

David gives us rough time guidelines for the different Horizons of Focus: a Project is a multi-step outcome achievable in up to a year; Goals and Objectives are what you want to be true in one to two years; Vision is where you see yourselves in three to five years. He does go on to show the occasional blending of these horizons when things cannot be pigeonholed exactly into them. These timings help us elevate our thinking out of the setting of simple tasks for today or basic to-do lists, however, thinking too strictly of the different horizons as being just about time limits what we put on them.

I encourage you to focus less on time and more on the differences between Projects, Goals and Visions for you and how you can express these in words. I used to name Goals exactly as I named Projects, just with a further out end-date in mind; and Visions similarly. So, a Project which I thought unlikely to be completed within 12 months was put on my Goals list.

If you have a Project which you don’t think you will be able to achieve in the next 12 months, is it still a Project or is it a Goal? I believe it is still a Project; just a Project which perhaps should go on your ‘Someday/Maybe’ list or ‘Projects on Hold’ list, or even be kept on your active Projects list – and you may get to it sooner than you think.

If this more-than-12-month-Project is inspired by something even longer term, which can be written as a Goal, then perhaps this isn’t the right Project to be working on just now, and if you get clear about the Goal you want to make happen, you may be able to find a Project you can do that would start you on the journey now.

Goals and Projects are not an either/or scenario. Just as Next Actions lead to completing Projects, so Projects can lead to achieving Goals and Goals to Visions and Visions to your life’s Purpose. So, if you are ever stuck thinking is this a Project or is this a Goal, it’s likely that you have both a Goal and a Project – so track them both on the relevant lists.

As we go higher up the Horizons of Focus, there is a reduction in how much something is within our own power to complete. Next Actions should be absolutely doable, Projects are achievable with a bit of thinking and effort, Goals are bigger still and need work and possibly a bit of luck, Visions are dreams to aim for and hope they happen, and our Purpose and Principles are what we aspire to, knowing that we need all the other horizons to be working well to get there.

It would be a missed opportunity for Goals and Visions to not give us more possibilities than Projects. They should give us more freedom, more room to be creative, from both the extra time we have to achieve them and because we can set them and dream them – without knowing anything about how we are going to make them happen at the start or even necessarily deciding to do anything about them yet.

“Make it up to make it happen” – David Allen

So, while we may not know if we really will be able to have more than six people around an indoor table by the end of June, or if we can see people from more than two households, or whether we will still need to wear masks and use hand sanitiser, or if we will be able to holiday in this country or abroad; what we can do is to start to think bigger.

Let’s set some goals to get us out of this Covid gaol.