Mental Health? What Does That Have To Do With The Pandemic? - Next Action Associates
0 Items

Mental Health? What Does That Have To Do With The Pandemic? 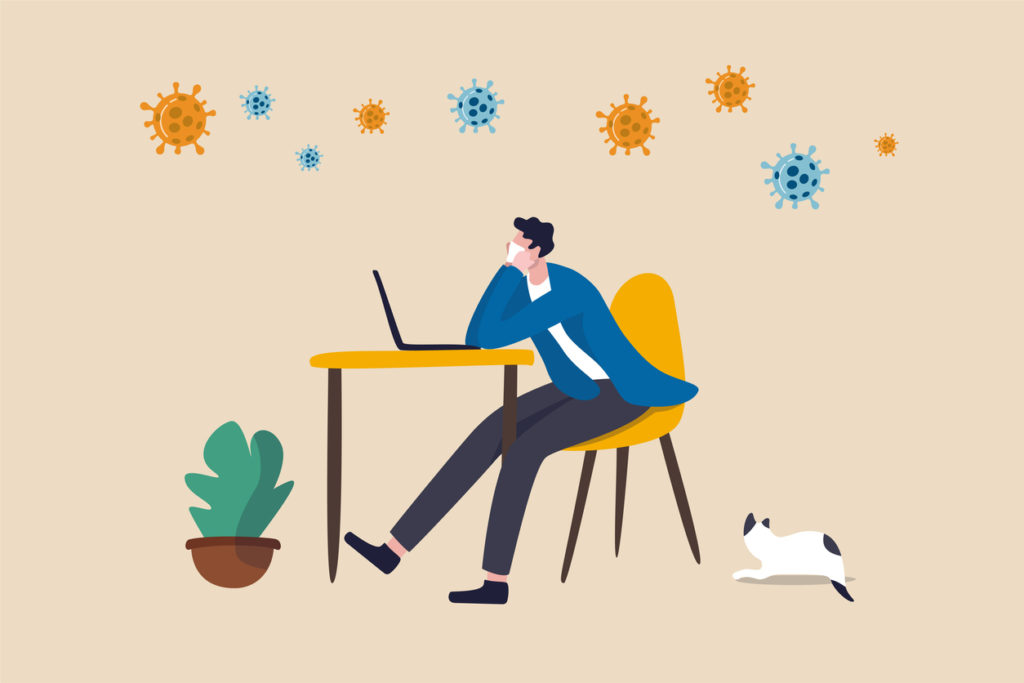 At the beginning of the pandemic, when the experts first started talking about mental health, I had no idea what they were talking about. “It’s a virus, not a mental illness”, I thought.

I had no clue.

A little over a year later, I know a bit more about what the experts were on about. As humans we like variety, but also a certain predictability. Basically, we want things to stay the same, but get better – in ways we like. Beyond that, we’re herd animals. Most of us do better with at least occasional contact with others. We’re also very attached to who we think we are. We rely on having a certain – stable – sense of ourselves to be able to show up and do things in the world. Messing with any of those things creates mischief. And the pandemic upended those things in ways that had surprising consequences for many of us.

The pandemic has not impacted everyone equally, of course, but even those who seem to have gotten off lightly have struggled. No matter how healthy or wealthy you are, being unable to hug your people or being prevented from going out to make a living is going to cause serious distress.

In these circumstances, it is not unusual to struggle a bit with what is called ‘mental health’. To not struggle in the circumstances we’ve experienced would be odder.

When I speak to my family, friends, clients and colleagues, integrating a new sense of reality is at least part of what is behind their distress. By and large, they know they are okay. They have a roof, some food, maybe even some money in the bank. And yet…, something isn’t right. I heard someone describe it as living with a constant sense that it is drizzling. Not raining, not storming, just heavy. Not quite right.

I don’t think it is useful to think about mental health as an on/off switch. Something you either have or you don’t. That attitude has led to the unhelpful stigma that is associated with something that will affect most humans directly or indirectly in the course of their lives.

I notice I’ve had to work much harder this past year, particularly on keeping myself motivated. My reaction has been to slow down and to talk more openly about how I’m feeling about what is happening to us. This is deeply uncomfortable. I was raised in a world where it was okay to have problems, but to speak of them only once they’d been resolved. To talk about them while they were happening, when you didn’t yet have the answer to them was…, well, far too vulnerable. But to be unwilling to have a real conversation about current challenges with people who are experiencing similar things is not coping, it is denial.

Am I dealing with this in an optimal way? No idea. Do I wish I had this sorted already? Absolutely. Would I like to change the channel for a while and talk about something else altogether? Pass the remote.

I’m pretty sure that a big part of our way through is in supporting each other. Maybe I should be doing and feeling better than I am. But I’m human. My world has been turned upside down. I haven’t been able to see my friends, or travel, or even just catch a movie. Even as we move in a positive direction here in the UK, it feels like big things are moving in the world that I am not even close to understanding yet, much less controlling.

When it all feels a bit too out of control, here is a simple exercise I’ve found helpful:

One of the things that can have a negative impact on our mental health is excessive (largely negative) over-thinking. Rather than allow those thoughts to play pinball in my head, I make sure I write them down. No surprises there if you have been practicing GTD® for a while.

Once I’ve listed out all the things that are swirling around in my head, and tried to get them into two buckets:

The first list is a big one: the pandemic, weather, competence – or not – of government ministers, etc. That list is called ‘Acceptance’. The other list is smaller in scale, but still a very long list. For these things, I identify my desired outcomes, and next actions I can take.

No magic pill I’m afraid. Just back to basics; capturing, clarifying, organising and reviewing all the things that have my attention in a time that has been challenging for us all. It seems to have a positive impact on what the experts were absolutely right to be discussing as the pandemic kicked off.