There’s No Such Thing As An E-Lunch 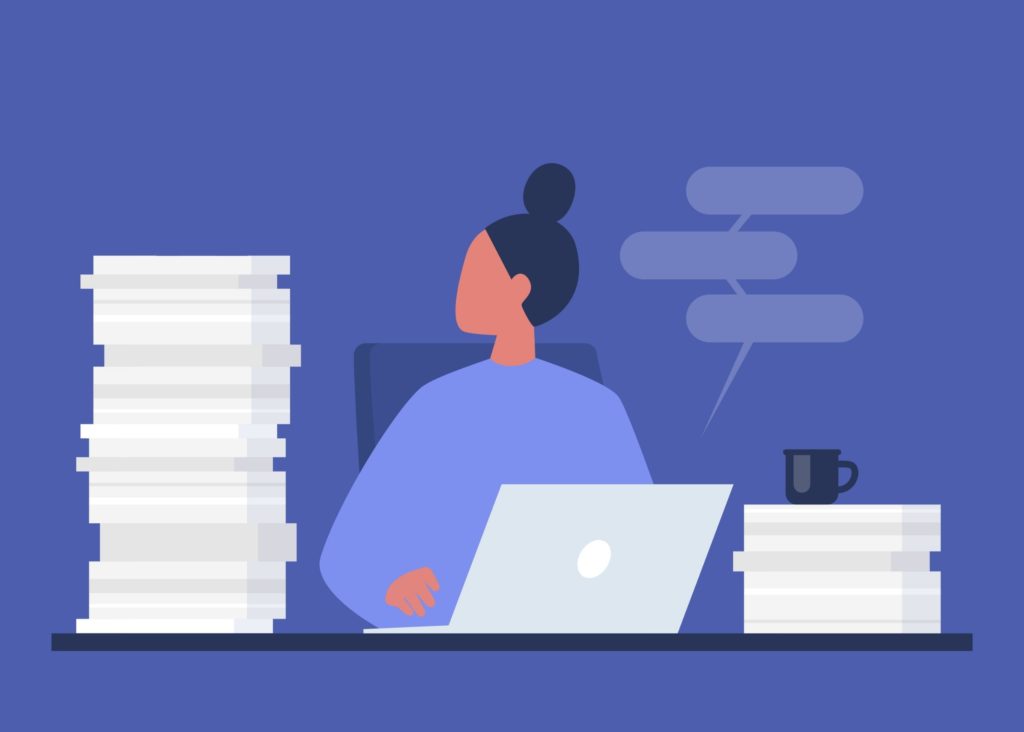 At the end of a brief meeting with a potential coaching client, I’d stood up to go for lunch with them, and headed for the door I’d been let in through. My error, apparently.

“I thought we were going to lunch,” I said.

“We are. I just don’t want to go out that way,” he said, beckoning me to a door at the other end of his office.

“If you are buying lunch I’m happy to go by whatever door you like. But if you don’t mind my asking, why this door and not the other?

“It’s about now they start to lurk out there.”

“My team,” he said, as I passed him at the door, which led to a short corridor and some stairs.

“Hmm. Why are they out there? Don’t they have work to do?”

“Of course they do. Plenty, and mostly they’re pretty good at it. They’re out there there hoping to grab me as I head off to lunch.”

I checked to see if he was kidding, then started down the stairs ahead of him. “That’s odd. Why don’t they just book a meeting?”

“No chance. My calendar is full for the next few weeks. I briefed my assistant to only put in critical things, so they can’t get into my calendar. They’ve taken to ‘passing by’ with some excuse to chat to my secretary just before lunch, in the hope they can grab me as I’m heading for the canteen. She’s great at protecting my calendar, but she has a sweet spot for those who bring chocolate.”

“Sounds kind of desperate. Why so many meetings?”

“It’s just the way it is. Everyone wants decisions from me. Or feedback on things. It never stops.”

“Do they need a meeting for that? Surely some of it could be handled in an e-mail, no?”

“E-mail? Are you kidding? I’m getting hundreds of them every day. I gave up months ago, when people started sending the same thing over and over again. I used SMSs for a while, but then my team worked out I wasn’t checking e-mail and started sending everything via text. Switching to WhatsApp gave me a bit more breathing space, but then the same thing happened there too. There’s hope on the horizon though; I just signed off on something called ‘Slackers’, that my IT folks tell me is going to sort things out.”

Down a few flights, we’d reached another door. On the other side there was the hum of what sounded like the canteen. I put my hand on the door handle, but hesitated a moment before opening it.

“So some of those people lurking in your secretary’s office are basically just unanswered e-mails then.”

“Well, if you don’t answer the e-mail several times, and are not reachable via text or Whatsapp they still need answers to be able to do their job. If they want to do their work they don’t have much choice but to buy her chocolates do they? I’m only surprised that they haven’t befriended the window cleaners yet.”

“Funny you mention that. The window cleaner did push a note from one of my team trough the window the other day. Crazy.”

We stepped through the door and directly into the canteen, avoiding the queue outside.

“So your people are quite literally coming through the windows to get decisions from you. Wow. I thought that was just a metaphor.”

We made decent progress through the room for a bit, but it soon became apparent that his escape route was only a temporary fix. As people noticed he’d arrived, several of them made their apologies at their table and began drifting towards him nonchalantly, trays in hand. By the time he’d collected a starter and a main there was a cluster of tray-bearing requests assembled at the cashier.

As the crowd closed in on him at the cash register I moved off to find a table for the two of us. I was pretty sure we’d not get much time alone.

To be clear, the conversation is a composite. It never happened in this form, but I’ve had versions of it many times.

Here’s the thing: ‘stuff’ – the amorphous mass of topics, conversations, and messages that come at you every day – is alchemical. If you don’t handle it in one form, it will transmogrify and come at you in some other form. Usually, that new form is more time-intensive than the original, either because it has turned into a meeting as in the above, or because it has turned into an ‘emergency’ that could have been avoided if it had been dealt with in a timely fashion. Alchemy is real, but it doesn’t turn those messages into gold.

Our leader in the conversation above was stuck in a vicious circle of not having enough time to handle e-mail because of too many meetings, and of having too many meetings because he was not handling e-mail, or whatever other form the ‘stuff’ took when it first presented. Any similarities with anyone you may know are purely coincidental.

You want to kill the dragons when they are young. If you don’t protect enough time to handle your messages consistently, they don’t go away; they hang out and fester, then chew up more time than was necessary at some later date. How much time you need to protect is down to your own personal volume of messages and requests. If you are getting 60 messages a day, you’ll need roughly half an hour to work out what they mean for you. If a hundred or more then it will likely be more like an hour. But this is not new time we’re asking you to find – you’ll use at least that much at some point if you don’t handle the messages when they arrive. We’re just suggesting that the investment up front will pay huge dividends in emergencies defused, meetings unscheduled…and lunches unmolested.