Next (Trans)Action - Next Action Associates
0 Items 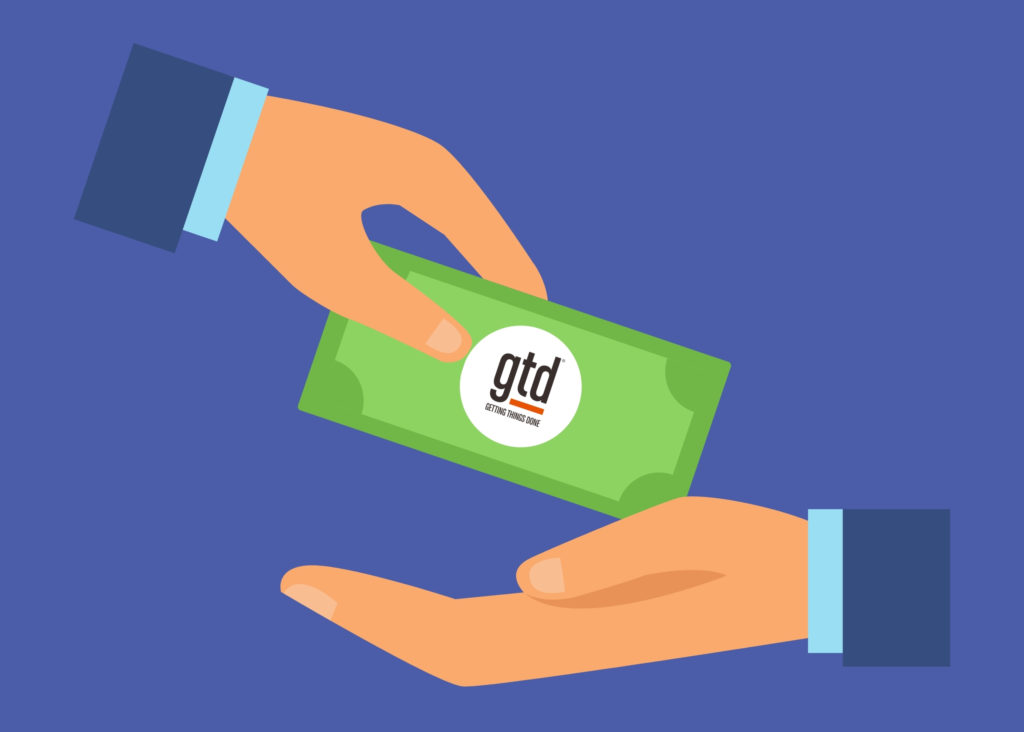 Every day around the world, companies large and small are bought or sold. Huge sums change hands in that process, but also around that process. Because of the amounts involved, an entire industry of specialists has developed to facilitate – and earn from – these transactions: lawyers, valuation experts, and those who often get the ball rolling on a deal, the mergers and acquisition (M&A) teams.

My first GTD®  coaching sale was to someone who was very active in this world, and a substantial part of my work in the early days was with professionals working in the industry. In the breaks between sessions in a seminar, they’d often maintain that their work was special and different. Some intimated that it was soooo special and different that GTD simply couldn’t work for them. I smiled, stuck my fingers in my ears, and kept on teaching and coaching. I didn’t know their business intimately enough to dispute what they were saying, but I did know that GTD is rooted in a set of principles, and that one of the hallmarks of a principle is that it is not context dependent. Principles apply in all situations, even the reality distortion field known as corporate finance.

I’ve kept in touch with many of those participants, and ten years on I can see that those who adopted the methodology for themselves and their teams have had extraordinary success in their field. Of more interest to me is that they have achieved that while maintaining an unusual measure of balance and health outside of their work. That is not obvious. Because of the potential rewards on offer around these transactions, there are huge pressures on the people involved, and many lose their balance. Here is a sample of why:

And those are only the financial stakes. Because of the pressure the various parties are under, responsiveness and speed are critical for success at various points in the life cycle of a deal. Even if discussing a particular deal point can actually wait until tomorrow, those working on the deal often want to talk to someone NOW.

After working with people in thousands of different occupations over the past 13 years, I can say that the work in M&A is indeed special and different, but it is different in ways that GTD is built to support. Here a quick tour of how I see that GTD supports professionals working in a ‘deal environment’:

Let’s start with the results. Real success in M&A comes from doing great ‘origination’, the creative process of identifying innovative ideas that spark interest and action in potential sellers and buyers. If you get origination right, you put yourself in pole position to lead on the execution of any eventual deal. To do that kind of creative thinking you need a receptive space to have ideas pop into, and this is simply much more likely if you have a system that keeps you from being constantly overwhelmed by volume and detail of your day-to-day work. And you need that space consistently over time; the sales cycle from initial idea to formally starting a process can consist of 6-7 interactions over the course of years. Keeping in touch, organising follow-ups and capturing useful information for the next round of discussions is key. Being well-organised is a game-changer for structured, proactive origination. Many M&A practitioners make a good living by simply taking a reactive approach to the market, but those that are systematic about it have a tremendous competitive advantage.

Maintaining a deep and broad pipeline:

If origination on one deal sounds complex, imagine now the need to manage multiple ideas and opportunities at any given time. Dozens. Deals that are closing this week or will close next week (or next month or next year). All need appropriate attention to keep them alive and moving forward. Even when incredibly busy on a current deal, successful practitioners carve out thinking and planning time to be sure they are lining up things that may only come to fruition in years to come. By offering a consistent overview of all opportunities in the pipeline, GTD allows an M&A practitioner to handle a larger number of opportunities at various stages towards an actual sales process.

In order to do a few deals per year M&A practitioners need to have many irons in many fires and tend to constantly overtrade. GTD helps set better boundaries, say ‘no’ more often, and at its simplest level create space to plan holidays, take them, and actually switch off. If you are behind on your work or feel out of control it’s almost impossible to switch off. A large part of this work is sitting in on calls. The ability to handle stuff that is coming in all the time so you can feel present and prepared on those calls is critical to moving forward and having a chance of a life outside of this work.

Those are some of the outputs. Here some relevant inputs:

The sheer volume of inputs from all of the different deals running at different stages means it is impossible to stay on top of things if you try to manage them in your head. If you get them out of your head into a reviewable system the number of dropped balls goes down dramatically. During the intense closing stages of a deal, GTD users know they can simply throw things in an inbox and know they’ll be there once the intensity is behind them. Sometimes, the pace of a deal means that all you can do is capture new things and wait for a time to think them through. Getting everything in one place – and keeping an eye on that place – is key.

Getting everything in one place is a start, but you’ll be in a much better state if you can be consistently sure that you’ve seen all relevant and timely communications on a deal, without worrying there is something important ‘flagged’ three screens down in your inbox. It helps declutter and prioritise work flows. During deals, particularly M&A lead advisors are often juggling 3-6 deals at a time alongside multiple proposals and business development initiatives. Email traffic is typically 100s of emails a day. The work is both complex and high stakes if you get it wrong, and anything that helps simplify and enable better prioritization is a win.

If M&A professionals are on top of their inbox, then they can also bring a greater degree of rigour to how they manage and update their calendar, resulting in less dropped balls, and ‘surprises’ that shouldn’t have been a surprise at all.  Senior M&A people nearly always have the support for managing their diaries, and getting the right system going with the PA is critical in terms of extending reach. More humbly, but no less importantly, having a functional reference system to file and find all the information related to a deal over the course of several years is a huge enabler of speed and responsiveness during a transaction.

Because of the sporadic nature of the work, players involved need to dip into the detail very deeply on a particular deal, and at the same time have their eyes on the horizon, building and nurturing their network, and filling the pipeline of future business. Key to keeping momentum on all of those things rather than just be sucked into whatever is currently ‘hot’ is being able to step away from the coal face regularly, to get a sense of the overview of everything they are working on.

During the intense phase of closing a deal, it is very helpful to know what you are not doing, so you can stay really focused on getting the deal done, knowing it is okay to do so. Once through the most intense phase of a deal, it is also super-helpful to go back to your lists that will help you pick up where you left off without forgetting things. You are more efficient as you don’t get lost and overwhelmed by the noise, and can just focus on the things that make a difference

That’s the world of M&A. Any similarities to the work you do are purely coincidental.