Jake La Mutta joined Next Action Associates as head of security after his boxing career came to a premature end (couldn’t get the gloves on, no thumbs). He specialises in stranger danger analysis, with delivery men as a key focus.

Jake brings precisely nothing to the table, having negotiated two free meals a day for life using manipulation techniques honed over millennia. And he’s not allowed to eat from the table anyhow. (That’s filed under someday/definitely, given his ability to charm the staff).

Jake is also the office diversity and inclusion specialist, and he’s worked up a revolutionary gender-free paradigm, the Petriarchy, which will see dogs finally take their place at the top table. All dogs will be Top in the new model, but Jake continues to insist he should still be fed before his collar-eague Mabel*, some dogs being more equal than others.

*Office scuttlebutt: Jake is actually in love with Mabel, but office politics being what they are he has to settle for wrestling and gnawing on her skull while she chews his leg for most of the day. Literally. We have pictures. 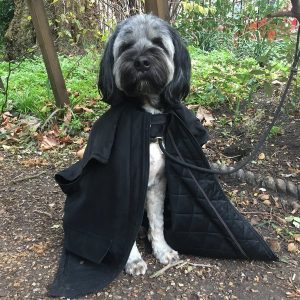