Productivity and Self-Image – Mining Your Past as Preparation for Today 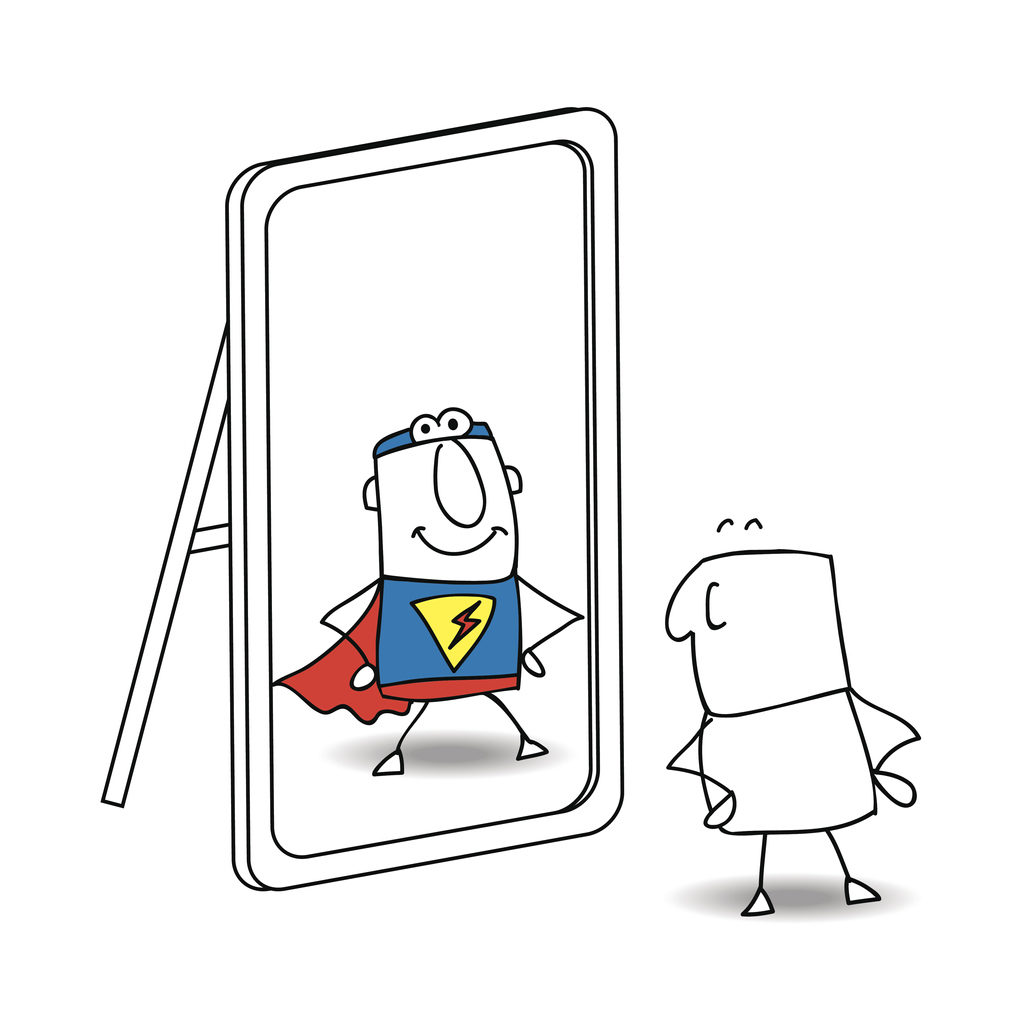 In my last blog, on dealing with what might be called ‘morning mind’, I mentioned the idea of a default setting, and that out of the box (or bed) that setting isn’t necessarily optimised for relaxed productivity

What would a useful default setting be? Well, at a bare minimum a strong sense of confidence and competence, based on all the cool stuff we’ve already done in our lives thus far. That would be useful. Wake up, have instant recall of all of our achievements, get lit up by the power of all that accomplishment, and then direct that energy flow at the challenges of the day ahead. Watch out world.

What happens instead? I don’t know about you, but without a plan at the start of my day I can be too busy trying to clarify whether I’m wearing socks of the same colour to give my past achievements much consideration. This is unfortunate, as who I believe myself to be on any given day will determine what I will try to do. Feeling small, I’ll point myself at small stuff. More powerful, and I’ll point myself at more worthy challenges.

While there is considerable carry over in our sense of self from previous days/weeks/months/years of living, we basically have to assemble our Self anew each day, particularly if we are taking on big challenges that we’ve not yet mastered. Rather than go about it ad hoc while considering the colour of our hosiery, it might be worth having a plan for consciously constructing the person you want to be in the world.

Here are two tried and tested ways to do that:

This is not ‘standard’ GTD® fare for most people, but these ideas are actually an integral part of the original GTD book, and are some of the concepts presented in our Level 3 seminar. I’m calling them some of the biggest levers any of us has for making conscious positive changes in our lives.

To point one, the idea is to gather up all the energy of your past successes, and point it at the day ahead. Most of us pass through our successes too quickly. We bite off more than we can chew, direct everything we have at besting the challenge in question, succeed, and… move on to another challenge. Next!

To grow your sense of agency and efficacy, what you want to do is luxuriate in those successes, repeat them in your mind, roll around in them so they become an easily accessible part of your sense of self. High-performing individuals have always done this, but most of us still need to learn what world-class looks like in the use of our thought patterns, just like we do with the five phases of workflow.

Once we start doing something like this, most of us immediately run into a problem. We were taught to stay humble. Repeating successes will turn us into big-headed twerps, wont it?

If we get beyond that, I can hear a next objection: ‘But it’s just little old me; I’ve never done anything much’. Maybe not, but if you are reading this, you have already self-selected as someone who wants to get more cool stuff done. That implies you’ve already done some pretty cool stuff already.

You don’t need to have won a Nobel prize or an Olympic medal for this process to work. Just some things you are proud of, that you can re-create for yourself in your mind to mine their energy, without having to do them all over again.

In what the author of ‘What Color is Your Parachute’, Dick Bolles, calls a ‘memory net’, you can take a piece of paper (A3 or A2 would be best)  and create columns for ‘Work’, ‘Leisure’ and ‘Education’, and then create a life matrix by breaking your life into five year chunks down the side of the page. Find some quiet time, look at each box and allow your mind to surface some of the cool stuff you were doing earlier in your life. Take your time. Cook it for a while, and do a few iterations.

Key to success is that you do not hold your current standards for what is a valuable achievement. You want to keep a low bar, and capture things you were proud of at the time. An example? Well, winning the ping-pong tournament at my elementary school isn’t on my Linkedin profile today, but it was a BIG DEAL in 6th grade, when I won the final during a special school assembly. I can still see the scene and feel those feelings forty-something years later. It makes the cut.

Cycling solo around Europe in my teens? On the list.

My best year in sales? Yup.

Some less obvious stuff too: recovering from a career-ending injury required me do draw on resources I didn’t even know I had.

A long list is good. Again, you don’t have to want to tell anybody about them now, the filter is what you were proud of at the time.

What to do with the list? There are different approaches I’m sure, but the main principle is to look at the list regularly. Daily. Morning is good. You don’t have to consider them all, but pick out a few, put yourself back in the success, and pull those feelings forward.

If you’ve done even a bad draft of the list in question, you’ll be feeling better about yourself and your capabilities after considering the list than before you started. You can’t keep that feeling – but you can repeat it. And the more you repeat it, the more it can affect your sense of who you are, and what you can do.

When you bump into the first big challenges of the day, which version of yourself do you want to bring to bear on those challenges? The one that is struggling with sock selection, or the one who has recently reviewed just how much cool stuff they have already done in life thus far?

No need to answer that. Perhaps just get yourself a sheet of A3, and get started on your list.

Next time out I’ll dig into point number two: how a healthy future-focus can speed the development of the person you want to be.